On March 18, the European Central Bank launched the Pandemic Emergency Purchase program, a 750-billion-euro aid to support the European economy hit by the Covid-19 health crisis. What does this extraordinary measure mean for the economic governance of the euro area? Analysis by Jean-Edouard Colliard, Associate Professor of Finance at HEC Paris. 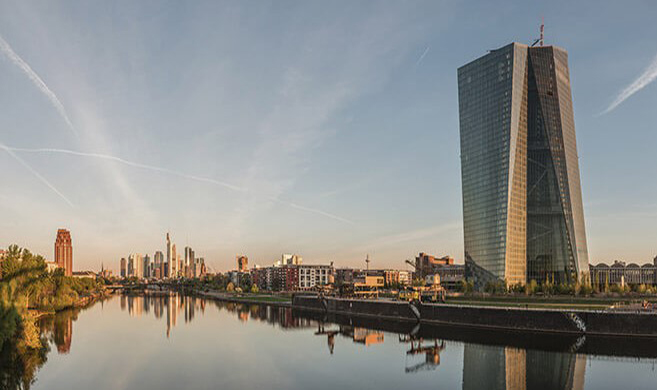 What economic problems are we facing now?

Most European economies have now enforced lockdown policies. These policies imply a negative shock on demand – consumers reduce their spending – and on supply – many workers are confined at home.

A more accommodative monetary policy may boost demand in the short-run, but the scope for such stimulus is limited, especially as supply is also drastically reduced. If many workers cannot go to work the production and hence GDP will necessarily fall, and no fiscal or monetary policy can change this.

If many workers cannot go to work the production and hence GDP will necessarily fall, and no fiscal or monetary policy can change this.

The bigger issue is whether the economy will go back to normal after the epidemic is over. Ideally, we would like to press the pause button on the economy today, wait a couple of months for the end of the epidemic, then press play and resume our normal economic activities. As my colleague Tomasz Michalski explains in another interview, this requires avoiding layoffs, bankruptcies, and the disruption of supply chains, so that companies can resume their activities with the same level of productivity.

Doing this requires a lot of funding. Many firms will stop producing and selling their goods and services, but they will still need to pay employees, suppliers, and creditors. If indeed the crisis we are facing is short-lived, a solvent firm should be able to borrow the funds necessary to go by in the next couple of months, for instance by using bank credit lines, issuing new debt, or restructuring existing debt.

If such a situation materializes, many solvent companies will fail during the epidemic, and won’t be able to resume production after it is over. We will then face a much longer and deeper recession.

However, in a global crisis like the one we are facing, it might be difficult to find lenders willing to finance even solvent firms. Investment funds suffer severe outflows and need to liquidate their positions to repay their investors. Banks are worried about their funding and are reluctant to increase lending. Companies expect to face liquidity issues and are less likely to give trade credit to their customers. Everyone is simultaneously hoarding cash, especially in US dollars. If such a situation materializes, many solvent companies will fail during the epidemic, and won’t be able to resume production after it is over. We will then face a much longer and deeper recession.

What is the role of central banks in this crisis situation?

Central banks have the tools to avoid this bleak outcome. One of their traditional functions since the 19th century is to be a lender of last resort: the central bank stands ready to provide liquidity to any solvent bank, thus easing any concern about its funding. Indeed, the ECB will lend 3 trillion euros to euro Area banks, giving them a lot of ammunition to provide liquidity to firms. In addition, the direct purchase of 750 billion euros worth of various bonds will help the firms and governments that rely on market funding rather than bank funding.

The direct purchase of 750 billion euros worth of various bonds will help the firms and governments that rely on market funding rather than bank funding.

What do these measures mean for the governance of the euro area?

In my view, these extraordinary measures rely on sound economics. However, the current situation is not ideal and illustrates the limits of the governance of the euro area.

First, the primary objective of the ECB remains price stability alone. As a result, the ECB justifies its recent policies by a concern that the current crisis may hamper monetary policy transmission. I’m not sure this is what policymakers should worry about the most at the moment.

Second, without a significant European budget there is little scope for a coordinated fiscal policy or transfers across members of the euro area, even though those would probably be necessary. The situation has improved since the financial crisis, with the creation of the European Stability Mechanism, which has 500 billion euros that can potentially be used in the current crisis.

Third, the lack of a finance minister of the euro area means that the ECB remains the only significant economic policymaker at the euro area level. The economic governance of the euro area is very paradoxical: it relies entirely on the ECB, which at the same time has a narrow price stability mandate.

Changing this situation would require amending European treaties, which all governments have shied away from, but each new crisis illustrates that the statu quo is not sustainable.

Listen to Jean-Edouard Collard on this HEC Paris podcast.

Learn more in this free webinar from April 28, with professors Jean-Edouard Colliard and Guillaume Vuillemey, on the financial challenges faced by firms during this crisis, and to what extent the extraordinary policies implemented by central banks and regulatory authorities may help to alleviate them. This webinar is a part of a series organized by HEC Paris Executive Education: