A Route for Renewable Energy Deployment

HEC Paris Professor Andrea Masini looks at the policymaking issues at the stake at COP21, the challenges posed by grid integration and the role played by business and government alike in facilitating investment, as well as opportunities for entrepreneurs in the renewable space. 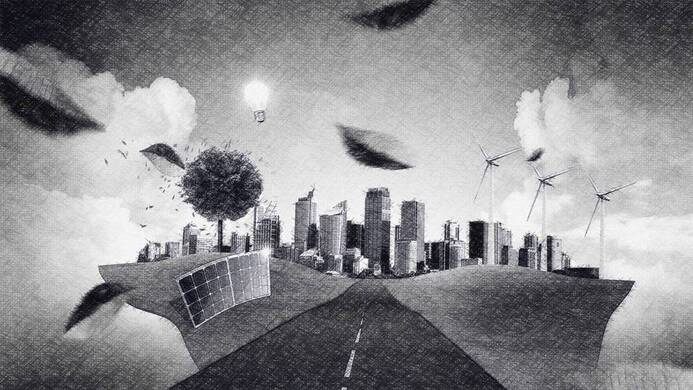 With the COP21 approaching, renewable energy sources (RES) are once again under the spotlight. They are one of the most effective instruments to curb CO2 emissions and play a central role in virtually every future low-carbon energy scenario. They are also considered with growing interest due to their multiple expected social and economic benefits: energy security enhancement, poverty reduction and employment creation. Even countries rich in conventional resources are considering RES as a viable alternative to fossil fuels to meet their growing domestic demand. Not surprisingly, to increase penetration, advanced economies have deployed a range of dedicated policies supporting renewables.

However, despite this support and recent progress, the share of RES in the global energy mix remains below the level deemed necessary to curb or even stabilize CO2 emissions. Thus the question of whether and how public policies can accelerate their market diffusion remains at the centre the policy agenda. Several recent examples demonstrate that supporting renewables is not simple; implementing the wrong type of incentives or granting generous support and then interrupting it too abruptly may hamper the industry and stifle technological progress. The heterogeneity of the policies deployed so far and their mixed results also reflect an incomplete understanding of the effects of the mechanisms supporting low carbon innovation in the energy sector.

Should renewables be supported, and how?

To address these questions and support policy initiatives, the research group on renewables energies at HEC Paris is engaged in a number of projects to identify strategies to accelerate the market diffusion of sustainable energy technologies. This research, which is part of a broader initiative on sustainability led by my colleague Rodolphe Durand via the Society and Organizations (S&O) Institute, examines several questions related to both the supply and the demand side of the renewable industry: from how to stimulate technology innovation and promote competition, to how to sustain end-user demand.

One central question that concerns both policy makers and entrepreneurs is whether or not renewable energies should be supported through public subsidies and, if yes, what are the most appropriate instruments to deploy such support. Our research shows that RE support policies should be carefully balanced, they should remain consistent over time and, most importantly, they should be coupled with other measures aimed at stimulating economic growth.  Policies aimed at stimulating R&D have a stronger and more immediate impact on innovation creation than diffusion, signaling that public R&D expenditures may be needed to facilitate technological breakthroughs, but they are less effective in supporting short-term RE deployment.

Demand-pull policies such as feed-in-tariffs stimulate both innovation creation and diffusion in the RE industry. However, their contribution to RE deployment is less important than that of economic growth. Thus, for RE diffusion to increase, government action should be directed not only at shielding renewables from competition with fossil fuel technologies but also at stimulating aggregated demand. However, incentives aimed stimulating demand such as the Feed-in-Tariff schemes widely popular in Europe, lead investors to pick mature RE technologies at the expenses of radical innovations. Thus, only a balanced combination of technology-push policies (aimed at stimulating fundamental R&D) and demand-pull measures (aimed at creating competitive niche markets in the short term) can help renewables play a major role in future energy scenarios.

Our research also show that strategic need for renewable electricity in a portfolio of electricity generating technologies calls for an increase in the degree of competition in the technology provider market. Thus, recent RE investments made by several players worldwide to develop renewable manufacturing capacity in various regions should be welcomed by the RE industry as a whole. By stimulating competition, such initiatives are likely to further decrease technology cost, thereby making the RE industry stronger and more competitive at a global level.

The challenges of grid integration

As appealing as it is from an environmental standpoint, large scale deployment of renewables requires the redesign of an entire industrial ecosystem and important investments in the electricity grid. Policy makers and business leaders have a fundamental role to play in this process. By shaping the competitive, organizational and social environments, they have the ability to facilitate or hamper investments and to orient the choices of industry players.

Furthermore, the much debated challenge of the intermittency of RE power can be addressed by increasing interconnections in the electricity grid and by implementing grid management models such as demand response initiatives. Our research suggests avenues for optimizing such a process. It also indicates that developing countries and fast-growing cities that are quickly redesigning their infrastructure have the opportunity to be at the forefront of this transformation.  On one hand, the rapid development of their infrastructure makes these places a fertile ground for promoting the integration of renewable into sophisticated smart grids. On the other hand, with investments estimated at several hundreds of billions of dollars within the next few years, the industry offers appealing opportunities to investors.

Besides being of obvious interest to policy makers, renewables offer a number of appealing opportunities to entrepreneurs, in a variety of sectors. First and foremost, renewable energy firms and technology manufacturers worldwide offer profitable investment opportunities for both venture capitalists and institutional investors alike. Venture capitalists and business angels will most likely prefer to aim for black swans and radical innovations. Institutional investors will want to direct their resources towards more traditional technologies such as crystalline silicon manufacturers. Second, similar to what was observed in Germany, this ongoing energy revolution will see the emergence of new services, new competitors, and new business models at the local level. Most of the activities associated with decentralized energy systems are IT intensive and service-oriented. Therefore they will imply a dramatic reduction in the traditionally high entry barriers for the industry and will open the door to a variety of new players: tomorrow’s energy companies will resemble more to Google than to the utilities we know today. The energy ecosystem of tomorrow will be composed of small independent producers; it will thus require smart grid operators capable of connecting in a seamlessly manner users and producers and of integrating electric vehicles into the electricity network. It will also need energy service companies capable of providing specialized energy efficiency and integration services to business and households. All these niches offer entry points into the industry and represent options for entrepreneurs.

In sum, to increase the share of renewables in the global energy mix, improved policy frameworks for renewable energies are required, which correct externalities and ensure a more level playing field. Cooperation between public and private actors needs to be strengthened too. Both groups play a key role. Policy makers should create incentives to ensure that the necessary investments are undertaken. In turn, the private sector can play a crucial role in raising the required financial resources to facilitate the transition towards a low-carbon economy. The upcoming COP221 offer a unique opportunity to make significant progresses towards this end.