Strategic Resilience in an Age of Uncertainty

How can private companies and public bodies reorganize their short- and long-term strategies in the current economic context? For years, Professor Bertrand Quélin has been researching the collaboration between private firms, public authorities and civil society to offer solutions aimed at building resilience in cities and designed to tackle the challenges of climate change. 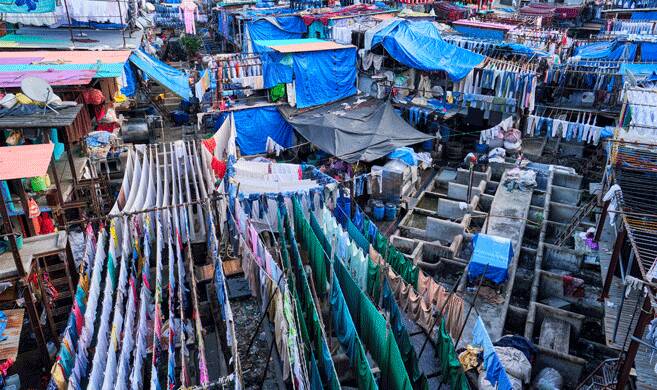 The ongoing economic, health and geopolitical crisis has rocked the business world in ways researchers are still grappling to measure. Yet, strategy specialist Bertrand Quélin, who holds the Bouygues Chair on Smart City and the Common Good, believes two trends are beginning to appear: “To begin with, international banks are becoming aware of the need to finance long-term sustainability projects to offer cities and states some solutions to answer the challenges of water provision and social infrastructure (such as schools, hospitals, etc). So, they are beginning to reshuffle projects to pick the right materials and coherent urban designs aimed at reducing our carbon footprint and protect the rare resources that we’ve preserved.” Quélin’s second observation is linked to the turpitudes of the times caused by the health pandemic and the Russian invasion of Ukraine: “This has caused a high level of uncertainty in collecting funds to support major projects. That’s the result of a backlog of short-term actions carried out by states, regions and cities to find financial mechanisms to have access to oil, wheat, basic cereals to feed the population. Authorities are beginning to re-invent mechanisms to attenuate these shocks to our financial system.”

We’re working on the connection between private interests and sharing with the community. This is vital in terms of long-term, sustainable objectives.

“But,” he continues, “these create tensions between long-term projects and short-term priorities. Many decision-makers must answer these short-term emergencies and, inevitably, they pay less attention to long-term plans.” The author of Smart Cities: the Sustainable Program of Six Leading Cities maps out the current state of insecurity for private companies: “This has made supply chains unreliable and businesses are having to work with volatile timetables and uncertainty over the volume of goods that will be delivered. They have an uncertain time horizon to work on investment and projects - and are having to reshuffle them constantly. Because of the new policies decided by the West, many brands have disappeared from Russia, for example in the sectors of distribution networks, retail, banking systems, fast food chains. Moreover, energy plants in Russia and Ukraine have been forced to stop working or are selling off their previous investments at break-even prices.”

Quélin insists on the huge impact on companies’ return on investment and the reorganization of their geographical coverage. “This has pushed us to reconsider the opportunity to invest on local and regional areas of the global supply chains. We’re exploring developments with North Africa and Asia in a re-alignment of the supply maps. And there are explorations of regional considerations to reorganize the value chain. There are interesting possibilities within the textile, automotive and agro-business sectors in West and North Africa, for example. However, we need to qualify suppliers, assess if they can provide the necessary quantity and quality to fuel the market adequately.”

The strategy specialist spotlights the evolution at Renault carmakers: “The tensions in East Europe and the energy and economic crises mean they have accelerated considerations on what remains of their core business of selling cars. They are considering the long-term perspectives of renting them out; or selling mobility services to reflect the new direction to organize the market and develop a new business model.”

In terms of public policy to help resiliency strategies, Quélin notices trends towards better controlling key resources such as water levels in Western Europe and sub-Saharan Africa: “Look at what happened in Tirupur, India (in the Tamil Nadu state)” he says, in reference to the southern Indian city known as one of the country’s major textile and knit wear export hubs. “In this case, there was pressure on the water supply which is vital for the city’s shops and factories. The local business community and authorities put forward a clear and transparent business model which satisfied Indian banks and the World Bank. Companies were ready to pay four to eight times more than households for access to water to face the massive, traumatic shortages. In this case, resilience meant that the partnership between private and public interests came to terms with a core resource (water) which is in short supply. However, this is also a good example of tensions between short- and long-term objectives. There was no shortage of water at the start of the adduction, then the state and the population faced an impressive drought, creating a significant shortage of water for households and the textile industry.”

Informal and Parallel Market Mechanisms in the South

While Quélin admits the COVID-19 crisis exacerbated the rich-poor divide between the global North and South, he says he is fascinated by the resiliency shown by many communities in the latter. “It seems that there are several elements outside of market mechanism which helped them survive and they need to be further researched. We are still far from fully understanding them, but there could be important social networks that are based on strong family bonds or community ties. Then there is the role of the informal sector and its mechanisms to provide people with food and energy. This presents non-market cases which in the face of a huge health crisis, proved to be more efficient than the price-based mechanisms. However, it is very had to know the figures yet.”

“Speaking of which,” continued Quélin, whose research interests include the economics of organization, “we must strive for an improvement in data collection which largely relies on the efforts of the public domain. Even the World Health Organization needs to have reliable data on the spread of the virus and the number of victims. At the moment, it’s a kind of black box and opening it will help these parallel social organizations to solidify their resilience. If they do, they can secure these quality ties and thus align themselves with other market mechanisms.”

At present, Professor Quélin is working with some of his doctoral students (Anicet Fangwa, Mohammad Hosseini and Marc Legrand) on strategy issues which range from property and control rights to stable governance and sustainability prerogatives. Social dilemma is about access of many to scarce resources. “These works aim to analyze how to satisfy different actors with different interests. Can we set up these rules of governance to satisfy a large enough community of people in terms of a tipping point, people ready to share the same awareness of the common good?” And he turns to an example being explored with Marc Legrand. “We suppose there is a model in which each individual has a tree. The traditional model would encourage people to cut it down after reaching maturation and profit from the sales. But think of community interest, think of the quality of the air trees produce for all of us. Can we find a way to set up a governance that organizes collectively the cutting down of the trees? To jointly renew the forest landscape? This is a model based on each individual serving both her/his private interest and contributing to the common good. We’re working on this connection between private interests and sharing with the community. This is vital in terms of long-term, sustainable objectives.”

Listen to the podcast on Professor Quélin's eBook on smart Cities: