Within the last 30 years, Shanghai has been through a dramatic evolution similar to the one that Paris has experienced for more than a century. This phenomenon has had a considerable impact on both life experience and the business environment. For 5 months, I conducted one-of-a-kind field research on how people in Shanghai experience what can be called “super acceleration”. This experience, closely tied to a feeling of short termism, can be defined as the fast expiry of trustable bearings. 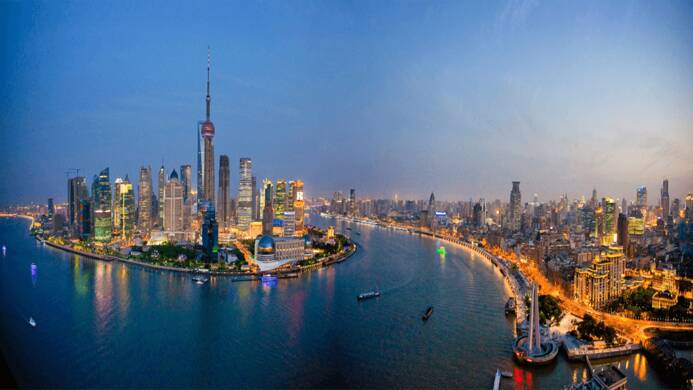 The evolution of time representations

In people’s representation of time, there has been a shift from a conception based on agricultural experience, to a conception based on industrial experience. Over time, the concept of time shifted, going from being considered a succession of different moments requiring specific actions, to being considered a continuous and homogeneous line meant to be rendered productive.

In Chinese history, this evolution can be noticed even more dramatically within the evolution of language. The word “time” itself, shíjiān 时间 (literally “moment between two boundaries”), appeared in the Chinese language in 1908, in parallel to the beginning of the industrial revolution. Before, the words used related to time were mainly shí 时, moment, or jiǔ 久, duration. Quite surprising!

The word “time” appeared in the Chinese language in 1908.

What appeared was actually time as a productivity tool. This evolution wasn’t different in the West: we didn’t invent a new word, but the representation of time has evolved in the same way – different linguistic evolutions, same experience. The idea of success itself changed as well: it shifted from the idea that being successful is to do the right action at the right time, to the idea that success comes from high productivity of actions. With this new representation of time, the very idea of time management emerged and with it, the belief that if you can master your “time”, you can master your life.

This gives us the conceptual frame to understand many new behaviors and phenomena that I tried to explore in Shanghai.

What sustains the acceleration in the Shanghainese context

Shanghai is a city full of promise. It is a frenetic city, but also a land of opportunity for both Chinese and foreigners. After decades of a frozen development, Shanghai went through dramatic changes since the 1980s that are physically noticeable. Pudong District, for example, went from being mainly farmland in 1990, to being the impressive area we know today with all its famous skyscrapers.

Shanghai is now a very high paced city where speed is an injunction and where the ocean of opportunities can literally submerge you. There are several engines to this high pace in the Shanghai context. Among them: rapid changes in the market, rapid changes in the regulation, consumption habits, lack of respect for intellectual property, flexibility of the labour market, proximity of suppliers, different views on the calendar...

For a company, it appears that occupying the market quickly is the first factor to success. So, depending on your sector of activity, the question to ask yourself is: what is the right time to launch my product and occupy the market, without critically jeopardizing its expected quality? Knowing that in all the sectors where the very safety of the customer is not at stake, as long as the growth rate is high, businesses can afford a higher tolerance to quality issues than in Europe. A parquet floor producer can decide to skip a few secondary tests, for example, and adjust later on with client feedback.

Destabilizing compressions as a consequence of this acceleration

All those factors result in a short-term feeling and in the compression of paces destabilizing many processes on a professional but also on a personal level. The high pace and the requirement to occupy the market quickly puts pressure on many business processes: creation, execution, decision taking, competence development... it’s a daily challenge to be quick and flexible enough to stay in the competition without sacrificing too much.

In Shanghai, you need to accept that decisions have to be made before you have all the information. You need to be strong enough to make your client respect the time you need to design and then build a good quality product. You need to resist changing your job too fast at the expense of developing real skills in the context of a war for talents between companies (挖人才 wā réncái in Chinese).

It’s a daily challenge to be quick and flexible enough to stay in the competition without sacrificing too much.

However, a short-term feeling has also pervaded in other aspects of life. What is true today might not be relevant knowledge within a short time period, and you may need to adapt. This is a feeling known in many global cities, but it is dramatic in China. Some cities literally change every day, and social bearings change from a generation to another within a few years -- in China, there is a saying: “A generation lasts only 5 years.”

One of my interviewees told me something that really struck me to describe this recurrent feeling: “It’s like my memories have been erased.” The global acceleration of time also comes with two very modern fears: the fear of wasting time and the fear of missing an opportunity. Digitalization and especially the apparition of the mobile app WeChat (a Chinese app that allows you to chat with your friends, post pictures and stories, exchange money, pay your bills…) in 2011 was a revolution that has increasingly fostered these short-term feeling and fears.

Resting is seen as a biological parasite, and taking a step back on things becomes harder and harder. Shanghai has its specificities, but in many ways, it is a mirror to a frenetic so-called developed world. And what a better conclusion than those words of the French philosopher Paul Valéry: “Interruption, incoherence, surprise are the ordinary conditions of our life. They have even become real needs for many people, whose minds are no longer fed, it would seem, by anything but sudden changes and constantly renewed stimuli.

The words ‘sensational’, ‘amazing’, commonly used today, are the kind of words that describe an era. We can no longer bear anything that lasts. We no longer know how to make boredom bear fruit. Our nature abhors a vacuum, any kind of empty space on which, in the past, minds knew how to project the image of their ideals their Ideas, in Plato's sense.”

The Role of Speed in Today's Financial Markets

People make two common mistakes when it comes to business in China. The first is to believe that they can merely rely on their own experience to conduct business as usual. The second is to believe that it is possible to simply study how the Chinese behave and think, and to then apply some simple recipe. Rather, the right way is to open up to the range of possible situations. If you learn anything about doing business in China, it should not be about understanding how the “Chinese mind” works, but rather, about being ready to face new types of challenges and situations. One of my goals with this work is to give the reader an idea of the main challenges and new situations that he may face, and of the new types of questions that he may encounter. I do not provide any recipe about time management in China, but rather, provide new perspectives and questions. I strongly believe that good questions are always more powerful than any answer, especially in our dynamic and changing world.

Guillaume Alliel was a research assistant and a lecturer at HEC Paris. He was also a student of the MSc Sustainability and Social Innovation (or SASI...