What Approach and What Future for Companies Hit by COVID-19? Managing Contradictions in the Affected Companies

What we are experiencing is similar to an earthquake of strong magnitude. Everyone agrees that there will be a before and after Covid-19. Whilst this earthquake assails us all, we do have control of the choices and decisions to be made. These will determine how crippled or strengthened we will be by the end... As always in times of crisis there are losers and winners, the cards are redealt. 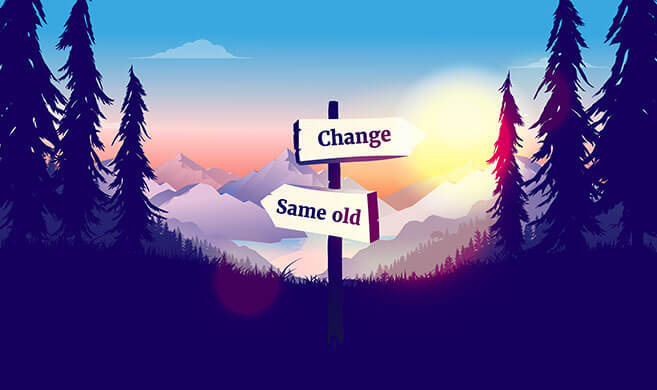 Governments are struggling with their "Sophie's Choice" managing the contradictions between our current lives and our future livelihoods. The line between short-term health emergencies and medium-term economic and social emergencies is steep. Wars are deadly. The post-war period is devastating and heart-breaking.

The role of leaders is to manage all contradictions that will emerge from the present situation, to imagine and, above all, to make tomorrow's world a reality.

What about leaders, managers, and daily decision-makers, working in their organizations? What is the role of all those who pilot our economy on a daily basis, of all those who are transformed by the emergency into firemen putting out the flames of their burning companies? While managing the short term in order to save companies and jobs, they had to anticipate the exit (“deconfinement”) from this cardiac arrest of economic activity, and, above all, build a vision of the "next normal", between resilience (return to the same old?) and a better world. Indisputably, it’s a different world.

The role of leaders is to manage all contradictions that will emerge from the present situation. Their role is also to imagine and, above all, to make tomorrow's world a reality, another way of managing. Back to the future.

Let's take a look at the daily life at an SME with 600 employees operating in the field of specialized e-commerce, in the first weeks of the earthquake’s aftermath. The management team is focused on cash flow: cash is king because without cash in hand, it means bankruptcy, and therefore protecting cash means saving jobs. Under confinement, there was an emergency situation: to maintain economic activity and continue to collect a minimum turnover to "hold on" as long as possible, while waiting for the end of the wave.

During confinement, onsite and face-to-face activities are once again in favour and the cards are being redistributed in terms of roles and activities: blue-collar workers are at work whilst white-collar workers are teleworking or, to a large extent, on temporary leave. In the end, isn't continuing working, when you can, the best way to cope psychologically with the confinement and, at the same time, help curb the after-effects of the crisis?

The way out of confinement looks uncertain, long, and guided by a principle of variable geometry. Earthquake aftershocks must be anticipated. How can this be managed?

First of all, this might be easier for local companies, mainly based in France or in Europe, than for (often) large, complex and highly globalized companies. At a time when supply chains are being reactivated and national borders remain closed, "local" will have every chance of being the first to restart and perhaps gain a competitive edge with consumers. The hard question is whether consumers will remain loyal to local purchasing afterwards, when cheaper products reappear, in a context of unemployment and a major economic downturn.

Business leaders would be wise to rethink their supply chain in order to return to heightened activity, especially if global supplies are complicated by the reappearance of COVID-19 in various countries in the coming months, with new short-term mobility restrictions and stricter periods of social distancing. It is in managers’ interests to re-evaluate all their company's processes in this light and to focus on the weak links, which will be a decisive factor.

A second crucial aspect is contraction and the significant shock on demand, which is likely to occur in the coming months. The service sector will not be able to make up for lost time. Even if a small frenzy of deconfinement activity looms ahead, we will not double our visits to restaurants, shows, shops, holiday or travel venues.

Companies in consulting, restructuring, or mergers & acquisitions may also have bright perspectives in a damaged but recovering economy.

Beyond the service industries, economic uncertainty is going to weigh on everyone and many companies will see their turnover fall durably. This long term revenues drop will go from contracting by 5-10% to sinking by 30-40%. Management will have to adapt quickly to this situation by cutting not only on variable costs, but also on fixed costs. This means fewer jobs, notably skilled ones. Furthermore, investments that were postponed for cash and capital expenditures reasons in the midst of the crisis might now have to wait because of cutting on depreciation and fixed costs. Paradoxically this will come at a time when companies need to invest more than ever in order to develop new business solutions and new business models…

We must anticipate a long period of uncertainty that will prevent business as usual and imply a new usual, marked by a form of wait-and-see attitude and by "less": slower movements, less consumption, less recruitment, fewer projects, and probably more concentration and consolidation in certain sectors, where company takeovers will go ahead.

Again, there will be winners and losers. For example, the fields of video games, business solutions and remote communication platforms, as well as telecommunications more broadly, will continue their unprecedented expansions. Consumption habits will change. Among the winners, companies in consulting, restructuring, or mergers & acquisitions may also have bright perspectives in a damaged but recovering economy.

How can companies adapt and look forward positively to this period of “slow motion” and “less”? What if, instead of a major social crisis, fewer projects and less consumption meant more qualitative projects and quality consumption, and could have some beneficial effects?

Planning ahead: How can we imagine and reinvent the business world after the crisis?

How is the situation going to evolve? Or rather: How can we imagine and reinvent the business world after the crisis?

First comes a whole set of macro-economic questions: business life will depend on how the different nations and governments manage the crises (financial, economic, social, political). We can already see major differences. In Europe, which takes pride of being more "social" than the rest of the world, we can anticipate that the economic crisis will also be a social one, no doubt on a larger scale than the "yellow vests" protests, and which itself might generate or reinforce health or mental problems.

In Europe, which takes pride of being more "social"  than the rest of the world, we can anticipate that the economic crisis will also be a social one.

There are a number of uncertainties:

Firstly, the question of government debt and its "restructuring" (a modest word to describe the fact that some governments will not be able to reimburse their creditors): monetary policy and taxation will be at work to decide which generations and which taxpayers will pay. The simplest and most tempting solution for governments is to boost consumption and economic growth at all costs to pay off the debt. However this comes in contradiction a priori with the need for a paradigm shift in the way we consume and take care of others and of the planet. Political and business leaders will need to address this major contradiction.

Secondly, the question of Europe and its ability to respond in a united way or, on the contrary, to see disparities widen: will European leaders unite or will they grow apart, tending to nationalize their discourses and actions? A positive step has just been taken with an agreement, driven by Germany and France, to increase sharply the European budget granted to countries unable to pay off their debts and strongly affected by the COVID-19. But the EU has shown its fragility. Solidarity among countries is not a spontaneous one, and a lot remains to be done for a political, not just an economic, construction. Will Europeans leaders be able to agree on (and legally enforce) a set of political and social values that define Europe in opposition to China or the US?

The simplest solution for governments is to boost consumption to pay off the debt. However this comes in contradiction with the need for a shift in the way we consume and take care of others and of the planet.

Thirdly, we can anticipate that the pressure of populism (left and right) will force many governments to take decisions leaning towards more national sovereignty and patriotism, with changes in fiscal policies and regulations.

At times, such macro-economic changes will also be for the best: will politics regain its rights and be able to anticipate and draw new rules for the collective game beyond the health crisis? Will we have more robust health systems and more adapted disaster response plans? If so, with what funding?

Are we determined and capable of imposing an increased cost on economic activities that put the collective and others at risk? This cost exists, it is materializing, and because it is difficult to identify and poorly evaluated, the economic actors who are responsible for these decisions have so far not paid for it. This time, the bill lies in front of us.

For companies and their management teams, how to prepare for this "after"?

Could healthier, more sustainable and more responsible business models emerge and take over? Each company should develop a vision of a “better self”, maybe a “different self”. It might prove hard to be a leader in the future without some thinking and acting about one’s impact and about what needs to be “fixed” in the way her or his company does business. This is starting today, in our current business.

Beyond the vision, two more operational dimensions seem more essential than ever to work on:

Risk management: once the cash situation is stabilized, it is time for companies to re-evaluate their supply chains, maybe to carefully restore crucial inventories - a dirty word since the gospel of just-in-time management. It is also time either to relocate or to create interconnections that allow multiple options instead of accentuating dependency and weakening the system. Shall we carry out, as banks have done since the financial crisis, risk mapping, stress test regulations, in all areas of human activity, starting with the vital sectors: food, health, energy, etc.?

Digital: in all fields, we have fast-learned the digital way to exchange, trade, work without interacting face-to-face with each other: online education, e-commerce, teleworking are here to stay. Digital activities bear first and foremost the promises of enhanced productivity that no company would want to deprive itself of. The acceleration of technological solutions that boost productivity and make human work less necessary (robots, AI) makes us less dependent on human activities. Not only is the development of digital ways of working a productivity factor, but it is also a formidable reservoir of growth. The COVID-19 crisis will definitively have leveraged digital transformation and innovation at all levels. Digital acceleration itself calls for reinforced risk management.

In sum, the lessons of the COVID-19 crisis for the companies emphasize the need for a stronger vision on qualitative, ethical and impactful ways of doing business, while managing better risks and enhancing digital transformation. This is just one more step into the next “new normal” future of the 21st century.

Hélène Löning's research interests are innovation management and innovation paradox (how can large corporations and start-ups learn from each other?)...