10 years of HEC Paris – FU Berlin: celebrating a decade of success at the heart of business and public policy

10 years and 130 students later, the Master in Management and Public Affairs double degree between HEC Paris and FU Berlin has enjoyed a wealth of success – and its graduates too. 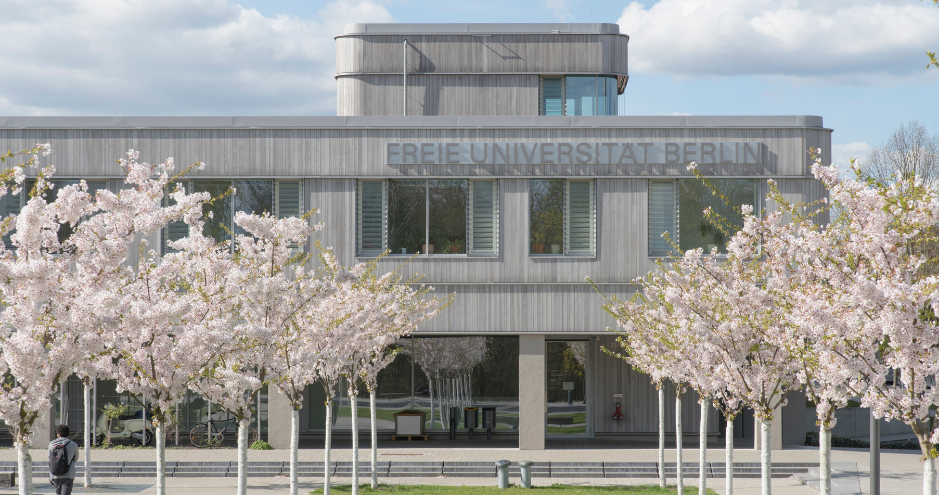 The journey began in Aix-en-Provence during the annual meeting of the Franco-German University (UFA-DFH) in 2009. Chatting over a coffee, Iris Ritter von Fallois from HEC Paris and Sabine von Oppeln from the Freie Universität Berlin imagined what it would be like to unite the best of their different worlds – combining the disciplinary worlds of Economics with Political Science, the practical, hands-on approach of a management school with the research-rich perspective of a university, and not least the cultural and political life of two of Europe’s most attractive capitals, Paris and Berlin. At the height of the financial crisis, the need for a strong and mutual understanding of these different worlds to solve urgent political-economic problems was tangible. A year later, the MA Public Policy and Management was born – a record time for setting up a new international program. This was not only thanks to the enthusiasm of the founders but also the appeal the program had to all those that supported the transformation of the idea into a reality, now celebrating its 10-year anniversary.

The last ten years have seen more than 130 students graduate from the program. Students begin the double degree at HEC Paris on the vibrant campus of Jouy-en-Josas, moving to Berlin in the second year to delve into the academic world of the Otto Suhr Institute at FU Berlin. “Many of them are of French or German origin, but as a truly international program the MA has also attracted students from a broad range of other countries”, says Professor Dr. Miriam Hartlapp at FU Berlin. The group is also colorful with respect to prior education, ranging from philosophy and mathematics to music. She elaborates: “what unites our students is a particular openness; a true interest to peer beyond their world and broaden their outlook to new perspectives. This has proven to be a unifier as many become good friends and continue to contribute to a vivid and rich network.”

Contacts all over the world

The alumni network carries the name of Gerhard Kiersch, a champion of European integration, especially in terms of culture and education, and it reaches out to other Franco-German programs, including at Sciences Po Paris. Students also benefit from the individual alumni networks of the two institutions, including the well-connected 60,000+ HEC Paris graduates all over the world. The Franco-German University also accredits the program: founded in 1997, it initiates, evaluates, and financially supports dual degrees as part of the wider French-German cooperation born from the post-war Elysée Treaty.

In substantial terms, the program offers an interdisciplinary approach that meets the demands of an increasingly international labor market. Students take courses in political sciences and management studies, providing them with key insights on actors, structures, and processes in political systems and the business world. It combines a macro- and micro-perspective on decision-making, engaging with a broad range of questions related to power and benefits, as well as the responsibility, legitimacy, and sustainability of problem-solving.

“I feel privileged to have supervised many interesting theses over the years, such as works comparing the regulation of environmental policy or innovation strategies in France and Germany, the development of EU diversity policies and their benefit for businesses, or the effect of public sector reform on support for populist parties”, says Professor Dr. Hartlapp.

“Equipped with this expertise and holding two degrees from highly prestigious institutions, students enter the labor market in the private or public sector, working for interculturally-engaged businesses. Their paths vary widely: between public relations and operations, working in diplomacy or European/international organizations, launching their own businesses, and continuing an academic career with a Ph.D., there are no limits to what our graduates go on to do.”

Regarding the adaptability and determination of the students, Professor Dr. Hartlapp never ceases to be impressed: “sure, at times traveling to different countries can be challenging. It requires getting to know different disciplines, academic environments as well as cultures and languages – and to do well in each of them. But it’s been one of my greatest pleasures to witness how students in the MA Public Policy and Management take up the challenge, make valuable experiences and – after a frequently ‘hard’ first term – jump from ‘aha’ moment to ‘aha’ moment in the second term, to finally internalize the best of these different worlds – just as Iris and Sabine imagined ten years ago.”