On Saturday, November 19, the patrons and beneficiaries of Foundation 104 gathered in Paris to celebrate the 10th anniversary of the first Foundation to be hosted by the HEC Foundation. 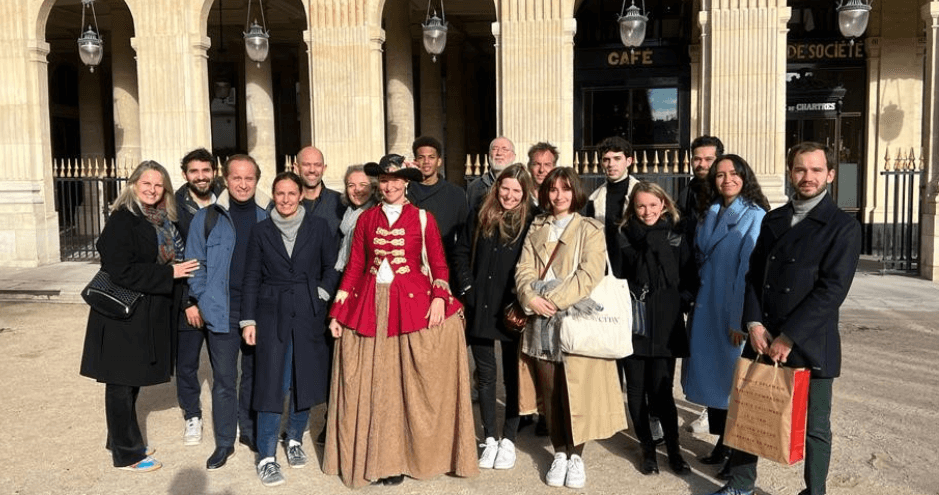 Foundation 104 was created in memory of Pierre Christian and Marie-Louise Taittinger at the initiative of Valérie Colloredo (H.94) and supported from its beginnings by Bertrand Cardi (H 96). It was launched in 2011 with the goal of supporting action in favor of equal opportunity and social inclusion at HEC Paris.

It was the first foundation to be hosted by the HEC Foundation and also the first in higher education in France!

Thanks to the generosity of Foundation 104 donors:

•    47 students have received scholarships
•    113 scholarships have been funded
•    a budget of 1.1M has been allocated to the project
To celebrate the 10th anniversary of the Foundation, its beneficiaries and patrons met for a unique experience taking part in an escape game organized by

To celebrate the 10th anniversary of the Foundation, its beneficiaries and patrons met for a unique experience taking part in an escape game organized by Potins de Paris ; This organization was not chosen at random, since the concept of these unusual visits was created by a former student of HEC Paris, a recipient of a grant from Foundation 104, Gabrielle Arnault-Lazard (H.15). The students were then invited to a lunch with the patrons and the HEC Foundation's Executive Director, Delphine Colson (H.94).

Foundation 104 supports students throughout their schooling but also after graduation, as can be seen in this reunion 10 years after the creation of the Foundation. It also promotes the creation of strong intergenerational links between HEC alumni.

By creating a sheltered foundation or a scholarship fund, the donors carry out a valuable philanthropic act, having a strong impact in the short term on the projects supported by the Foundation, and an invaluable reach in time.

Learn more about our sheltered foundations