HEC Professor Alberto Alemanno became Ashoka Fellow on November 25, 2019, rewarding his life-long engagement to reduce political inequalities by theorizing and experimenting new forms of participatory democracy. His nonprofit organization The Good Lobby (TGL) equips citizens with key civic, advocacy and legal skills to help them organize in ‘good lobbies’ and shape public policy. Alemanno accepted his nomination at the European Changemaker Summit in which he delivered a keynote speech on his vision of society based on “Lobbying for Change”. Much of his work has been forged in his ten years of scholarships and teaching at HEC. 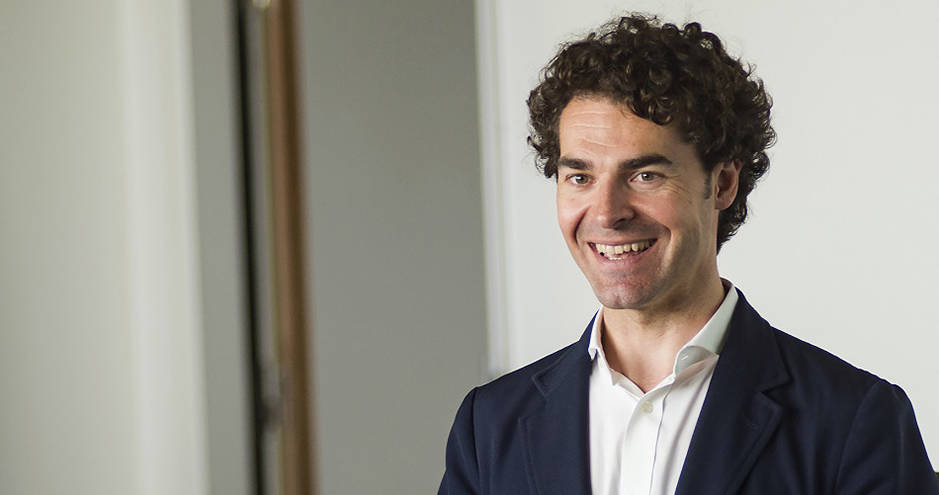 “Both the genesis of my ‘big idea’ and its implementation have originated at HEC Paris, either in the classroom or during my scholarship years.” The Jean Monnet Professor of European Union Law and Policy has been prolific in juggling his exploration of citizen empowerment and the rigors of teaching. “I am deeply grateful to our institution for allowing much of the experimentation and prototyping (the EU Clinic that we set up with NYU, which I co-ran for five years and is now running under its own steam) that organically grew into The Good Lobby.”

Now, Alberto Alemanno has added another feather in his widening cap in accepting to be Ashoka Fellow at the three-day summit in Barcelona. Ashoka recognizes individuals who propose large-scale solutions to social problems. In its 39-year history, it has sought out “leading social entrepreneurs (who) pursue system-changing solutions that permanently alter existing patterns of activity.”

Since he founded The Good Lobby in September 2015, Alemanno has tirelessly worked to give voice to under-represented public interests, mainly by bringing more members of society into Europe’s public policy process. His audacious combination of teachings, publications and social engagement made the decision by the international social entrepreneurship NGO a natural one: “Alberto bridges gaps between corporate lobbying and civil society, by highlighting that citizens’ activism, instead of passive consumerism, in the policy-making process can result in the proper reflection of everyone’s needs in it.”

Since its inception, TGL has created a network of over 250,000 people worldwide and trained hundreds of thousands of people (largely thanks to the MOOC “Understanding Europe”, available on Coursera) to monitor societies to become more accountable, cohesive and harmonious. At present, it is an autonomous non-profit organization based in Brussels and Milan, thus freeing Alberto Alemanno to do what he likes best: engaging with policymakers and the media, and pursuing research that he enthusiastically shares in HEC classrooms. He has just embarked on teaching a new HEC mandatory foundation course called “Business, Government and Civil Society”. This course, says Alemanno, is “a call for action to a new generation of students and wanna-be change-makers inside or outside the business world.” It will explore the broad political, regulatory and societal context in which business operates.