D-TEA Conference 2015 : the Best of Research in Decisions Making and Finance

On May 27th-29th 2015, HEC Paris in partnership with the AXA Research Fund organized the 7th edition of its D-TEA (Decision: Theory, Experiments, and Applications) conference. The event took place in Paris 8 at AXA GIE. It brought together distinguished scholars from a range of disciplines to give an overview of the recent research in decision science, especially as applied to finance and economics.

D-TEA conference was attended by 94 participants, including prominent international researchers in decision science and in finance. Participants included the 2013 recipient of the Nobel Prize in Economics Lars Peter Hansen (Chicago University) as well as some of the founders of the field in its modern incarnation, such as David Schmeidler (IDC, Israel), Larry Epstein (Boston University), and Mark Machina (UCSD), and leading theorists such as Andrew Postlewaite (University of Pennsylvania), Larry Samuelson (Yale University), Peter Wakker (Erasmus University), Bernard Cornet (University Paris 1), and Xavier Gabaix (New York University).

The study of decision-making covers a plethora of intellectual disciplines: mathematics, sociology, psychology, economics, political science, philosophy, and more. Each year at the D-TEA conference a different aspect of decision science is highlighted, and discussions focus on the interaction between theory, experimental findings, and applications concerning both actual decision making and the construction of models in economics and other social sciences.

This year, under the theme Decisions and Finance, D-TEA conference addressed topics such as “How much would you pay to resolve long-run risk?”, “Are the poor worse at dealing with ambiguity?”, “How to measure ambiguity preferences in economics and finance?” Over three days, 36 academic papers were presented. They reflected varied and profound topics, such as uncertainty in financial markets, market frictions and decision making, asset-pricing and ambiguity. It gave a wonderful opportunity to the researchers to present their work, have feedback from their peers, and foster communication and collaboration among them. 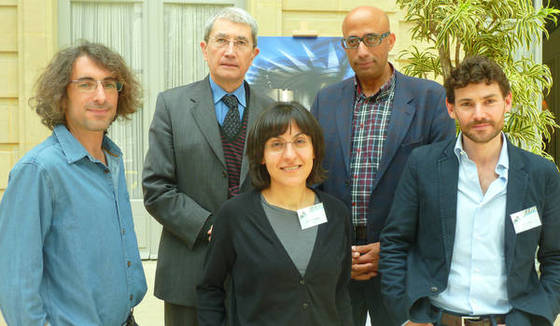