A fitting tribute for our 5th bequest

On Tuesday October 13, the Foundation paid tribute to one of its donors, Marc Bréban (H49A). Before his death on January 1st, 2019, Mr. Bréban chose to extend his loyal support through a final mark of generosity: a bequest to the HEC Foundation. 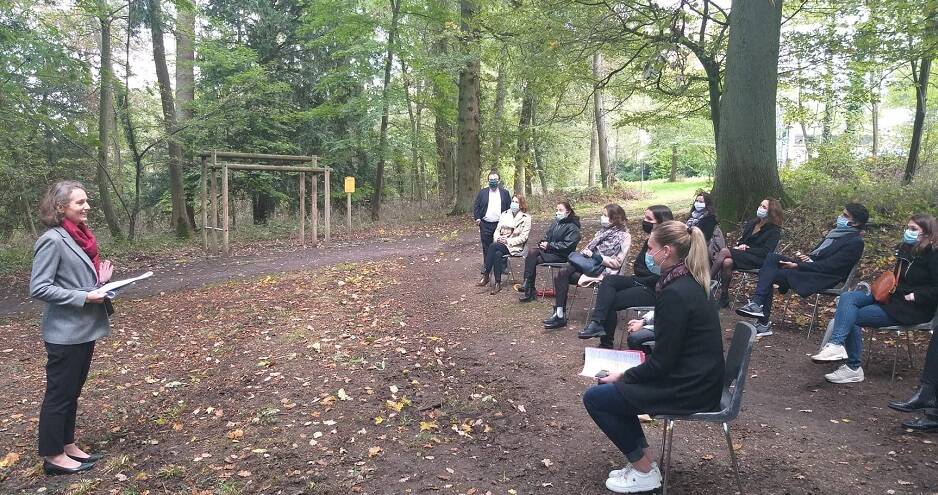 Some twenty members of staff and representatives of HEC, including Jacques Olivier, Dean of Research Faculty at HEC Paris and Delphine Colson (H.94), Executive Director of the Foundation, gathered on Tuesday around a majestic California incense cedar to publicly thank Mr. Bréban for his commitment to HEC Paris and his bequest to his School’s Foundation. 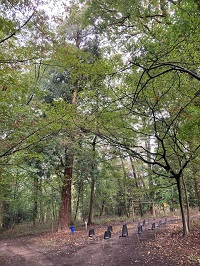 The HEC Foundation decided to dedicate one of the 30 outstanding trees on the Jouy-en-Josas campus, a Calocedrus decurrens, to his memory, with a commemorative plaque in his name.

It was thus in these leafy surroundings that the HEC community gathered in the presence of Marc Bréban’s granddaughter Katia, and great granddaughter Maïna. It is always moving to pay posthumous tribute to a former student of the school and perpetuate their memory, but the presence of his family members rendered this ceremony even more intimate.
Marc Bréban’s granddaughter, Katia, paid homage to her grandfather in a letter she had written, in which she shared some of her memories and praised his outstanding career. 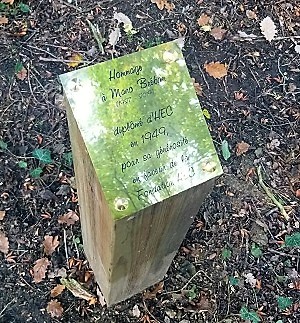 Delphine Colson also shared memories from some of his loved ones and read out a letter sent by one of his classmates, François-Louis Six. Two classmates from Marc Bréban’s year had planned to take part in this ceremony, but were prevented from traveling due to the current health context.

The ceremony ended with a minute’s silence and Maïna unveiled the commemorative plaque dedicated to her great grandfather.

Thanks to his generosity, Marc Bréban is now supporting talents and development of projects at his school, HEC Paris. Our deepest thanks for the generosity that will outlive him.

A look back at the life of marc breban:

A loyal benefactor of the HEC since 2013, in 2019, Marc became the 5th Alumnus to draft his will in favor of the HEC Foundation, and thus extend his donation beyond his death. 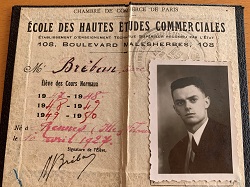 Marc Bréban joined HEC in November 1947 (following a preparatory course in a Rennes high school to pass the entrance exam) and graduated in 1949. The title of his year, ‘1949 A’ bears witness to the fact that Marc interrupted his studies to devote a part of his youth to serving his country during the war.

Few people are aware of this now, but for those young HEC students who fought for France during the 2nd World war (in the armed Resistance), an accelerated program was implemented in the School to reduce the academic training period of these young ‘patriots’ and thus avoid a late entrance into professional life. Marc’s active participation in the Resistance as of 1943, and his role in the French Interior Forces earned him two citations of the Ordre de la Division, the War Cross and more recently the Legion of Honor.

Graduating from the School in 1949 with a very respectable average of 14.23/20, Marc Bréban, as the report card of his final year at HEC indicated, did ‘good studies’.
He rapidly became a consultant in the field of computers (in the early stages of development at the time) and, according to his daughter Armelle, he developed the computerized booking system for the Air Inter domestic airline company. He was also a consultant in the field of corporate management, where he applied the teaching he had received at HEC.
He was grateful to the School for the quality of the training it had provided to him and the career he was able to lead in consequence, and chose to look to future generations and offer young scholarship students the chance to benefit from this excellent teaching just as he had. 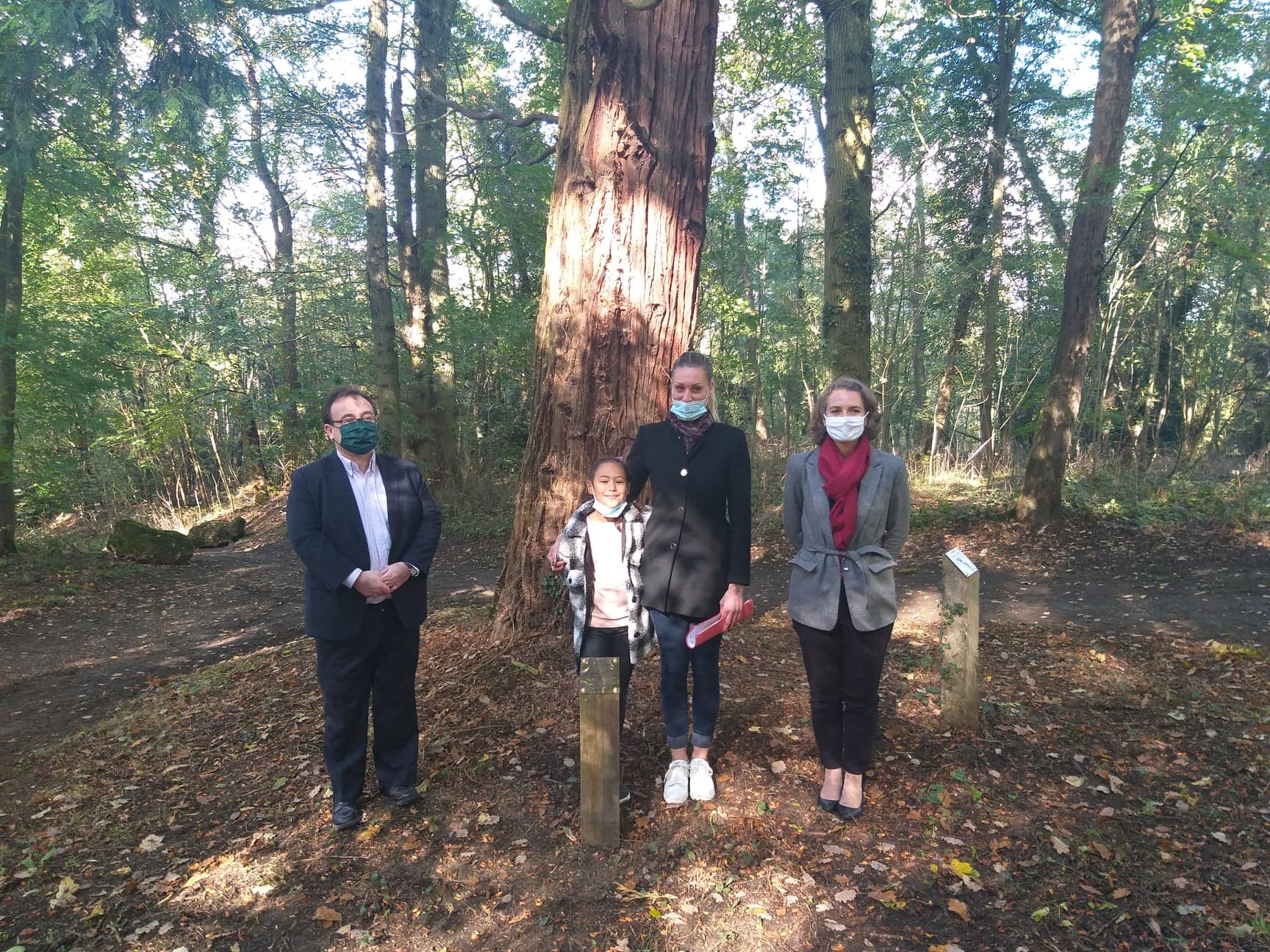 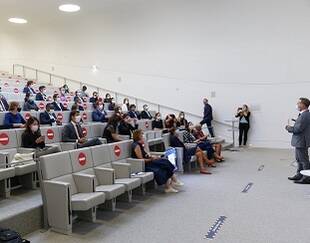 The ‘traditional’ scholarship award ceremonies were held on September 7 and 21 for incoming doctoral and scholarship MBA students. But due to the exceptional nature of the 2020/2021 academic year, we have... 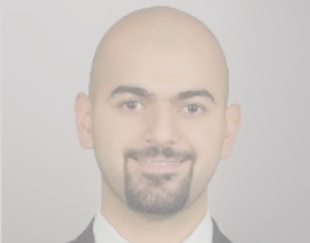 Creation of a solidarity fund for Lebanese students

In light of the Lebanese crisis and with the support of the circle of Lebanese donors, the HEC Foundation has created a solidarity fund for the Lebanese students on campus. Below is a moving account from... 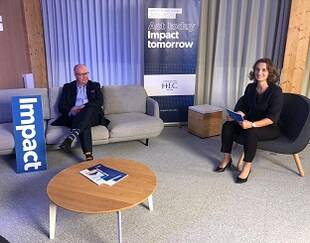 As every year, the HEC Foundation organizes an annual meeting with its donors, corporate partners, staff and scholarship students to review the past year. But in an exceptional situation, exceptional...
Share
FACEBOOK
TWITTER
LINKEDIN
EMAIL