Guillaume Pitron: What is the Real Face of Energy Transition?

November 20 saw “Le Salon HEC” student association organize a conference with the journalist and film director Guillaume Pitron. The students had discovered the writer last year when they awarded him the Manpower Group / HEC Paris Foundation Prize for his book "La guerre des métaux rares - la face cachée de la transition énergétique et numérique" (The War of Rare Metals - The Hidden Face of the Energy and Digital Transition - LLL). Pitron won both the special jury and the HEC Paris students award for his book. Thanks to the work by the Salon's students prior to the conference, HEC's Society & Organizations (S&O) Center integrated the event in its cycle of conferences on ecological and social transition. Bénédicte Faivre-Tavignot, Executive Director of the S&O Centre, and Sébastien d'Herbès, President of “Le Salon HEC”, ushered in Pitron's presentation, before setting up an onstage question-and-answer exchange with both the Salon's students and the audience. 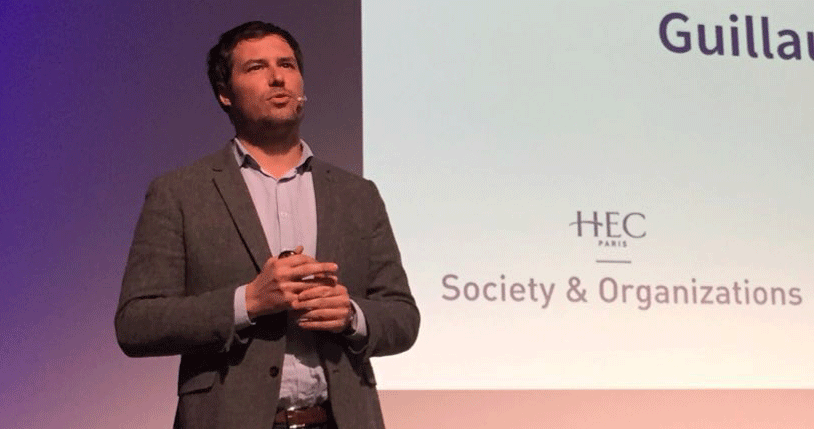 What resources will replace oil? Guillaume Pitron has long been fascinated by raw materials. For six years, he travelled to a dozen countries with this question foremost in his mind. It is an issue that has become fundamental today:  energy and the ecological transition have indeed become a major concern in recent years.

The Paris climate agreement, signed in 2015 at the end of COP 21, aims to limit global heating to 2°C by 2100. This radical change has to be achieved through a drastic reduction of greenhouse gas emissions generated by the various fossil fuels (coal, oil, gas). In order to achieve this objective, the need to switch to "greener" technologies (solar panels, electric cars, wind turbines, etc.) is generally admitted, as a pre-condition for entering a new era in  human history, one that is more sustainable, more supportive and more peaceful from a geopolitical point of view.

Yet, Guillaume Pitron reminded HEC students that, in order to achieve energy transition, it must necessarily rely on one particular resource. After the development of steam (based on coal) and the development of the thermal engine (based on oil), we are now facing a third energy transition. Assuming that this transition is evidently based on green energies, Guillaume Pitron emphasizes the fact that it requires an abundance of metals, both conventional (iron, zinc, copper, aluminum), and especially so-called "rare" metals (antimony, beryllium, cobalt, gallium, indium, niobium, rare earths, etc).

There will therefore not be a green transition without metals, and especially without rare metals. These metals are sought after and used nowadays because they have exceptional properties. Each one of us carries rare metals on ourselves, especially inside the smartphones we commonly use. That is where we find, for instance, neodymium and indium, two rare metals that allow screens to be tactile. Without being aware of it, it seems we are surrounded by rare metals which are indispensable to our daily lives.

From one dependency to another

By 2030, the number of electric cars in the world (about 2 million today) will increase one hundred-fold. The need for raw materials will thus explode: for Guillaume Pitron, far from freeing us from energy constraints, we are instead "switching from one form of dependence to another". States and citizens collectively wish to free themselves from their dependence on oil, but by replacing it with a new dependence on minerals (via green technology), this  21st century promises to be a new "century of metal". According to a study by the University of Grenoble in 2015, in the coming years the world will consume as much minerals as it has consumed over the last 70,000 years.

Many questions arise from this premise: the green transition is certainly essential, but where will we find the necessary metals? What will be their social, human and environmental cost? Will some states have a dominant position in the markets of these metals, as evidenced in the oil economy? In a world in transition with a population of eight or nine billion people, will there be risks of shortages and, potentially, armed conflict? An uncommon and disturbing face of the green transition is revealed when society tries to answer these questions.

Guillaume Pitron went on to expose to the HEC students his latest investigations around the world. They are to be at the heart of a documentary about rare metals, which Arte has programmed for this year. The reporter notably travelled to China’s Heilongjiang province, where graphite mines are exploited in a difficult environmental and health circumstances, as well as Baotou, Inner Mongolia, which hosts neodymium refining activities. These consume huge amounts of waterand pollute massively.

To avoid environmental damages caused by the rare metals extraction and transformation, one solution seems inevitable: a massive and systematic recycling of these rare metals. However, green technologies incorporate mixed metals. To recycle them, it is therefore essential to separate them, and to process alloys that are often very complex. According to Guillaume Pitron, this undoubtedly explains why industry is loath to recycle rare metals.

“To make clean, you have to make dirty, there is no clean without dirty “: for Guillaume Pitron, the current energy transition involves a healthy dose of contradictions.  Sustainable energy necessarily relies on non-sustainable resources. In a nutshell and paradoxically, the "greener" a technology is today, the more complex it is, and the less circular economy and recycling there is.

China at the center of the game

Guillaume Pitron finished by turning to the geopolitical stakes. Europe and the United States closed their rare metal mines in the 1980s and 1990s to avoid the pollution they provoked. However, Western countries  continue to consume these metals. China, for its part, holds colossal reserves of these rare metals, and has gradually taken over the markets: "The world has organized itself between those who are dirty and those who pretend to be clean. We have relocated the pollution of green and digital technologies".

Today China is extracting most of these metals. Over the past 20 years, it has been moving up the value chain and now tends to retain more of its minerals to make and sell its green technologies itself. China is responsible for 60% of the world’s production of photovoltaic panels and 70% of the world’s production of batteries for electric cars. China is taking on the world with its technologies, for which it possesses the raw materials.

Pushing for an “ecological truth”

“Putting on pink glasses to see the green world is simply not imaginable.” Guillaume Pitron believes it is necessary to start the energy transition because green technologies consume less CO², a gas which is behind our current and future headaches. But it is also essential to be aware of the “ecological truth” behind these technologies, to ensure the traceability of the raw materials used, to rationalize resources, to set up a veritable circular economy (in France, only half of our mobile phones are recycled, while the figure is 15% for the rest of the world), and in order to revise our consumptions patterns. In this way, we can better understand Stephen Hawking’s prophecy , evoked  by Guillaume Pitron at the beginning of his conference: "The 21st century will be a race between technology and wisdom". 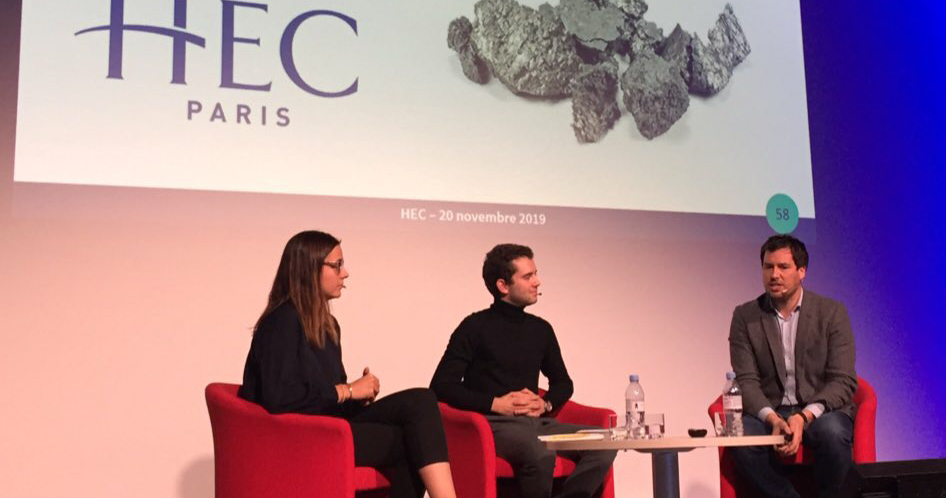