A Hand-Over Mid-Way Through the Impact Tomorrow Campaign

Olivier Combastet (MBA.86), founder and CEO of asset management firm Pergam, has been at the head of the Campaign Committee since 2017 and has successfully steered Impact Tomorrow through its first phase of fund raising. Having reached the mid-way point of the campaign at €200M, he is now handing over to Rémi Buttiaux (H.99), Managing Partner of the IK Partners private equity fund. 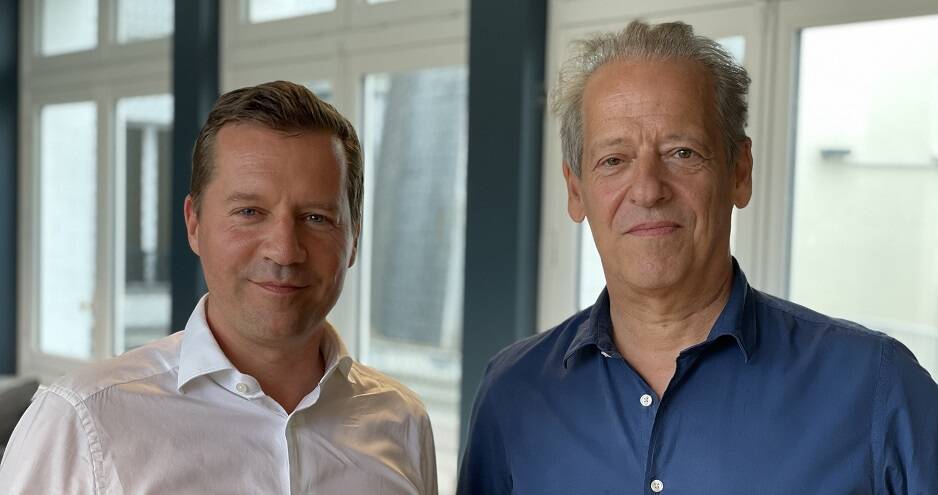 Olivier Combastet has been actively engaged alongside the HEC Foundation since 2008, focusing particularly on the Equal Opportunities program.
In his view, “once a student has passed the entrance exam, tuition funding should not become a hurdle.” He is also delighted to be able to give something back to HEC, the school that trained not only him, but his father and grand-father before him. For five years, he headed the Impact Tomorrow campaign committee, a key body responsible for leveraging the efforts of the Foundation and School teams to reach the fund-raising goals.

The Committee in France is made up of fifteen volunteer alumni; men and women who graduated from HEC at various times and represent a range of business backgrounds.

Committee members act as ambassadors for the Foundation within their networks. We have broadened the scope of our action by inviting younger alumni to join us, as a means of boosting mobilization and involving every generation.

Olivier Combastet (MBA.96), member of the Campaign Committee and ex-President

The Major Donors have been actively involved since the launch of the Impact Tomorrow campaign, including Rémi Buttiaux, who took over leadership of the French campaign committee in June 2021.
Two years after the launch of the campaign, the School has implemented several projects around its four priority development points: the inclusion of all talents, production of knowledge, societal impact of the School and modernization of the campus.

The new President of the Campaign Committee places particular emphasis on his experience in English-speaking countries, “where the strength of business schools lies in their financial independence and their ability to invest in order to remain competitive. This is made possible thanks to the notion of ‘giving back’; alumni are aware of the need to support their school.”

We want to maintain this campaign momentum, in addition to the framework put in place by Olivier, which brought a spirit of conviviality to our committee. It’s a great pleasure for us to work together for the School, alongside a highly-committed and professional team.

Olivier Sevillia (MBA.90) and the HEC Foundation team extend their warmest thanks to Olivier Combastet for his engagement at our side, and their congratulations to Rémi Buttiaux on his new role.
If you would like to participate, please contact the HEC Foundation campaign committee.