The fourth Data Day saw a welcome return to in-person presentations and conversations.  21 months after its previous edition, this hybrid event involved 150 practitioners, researchers and students gathered in the Jouy campus’ T Building. The 2021 edition saw lively discussions on multi-disciplinary research, innovative startups and AI articulations in business. “Heterogeneity” was the keyword, as summed up by keynote speaker Stanford Professor David Engstrom. 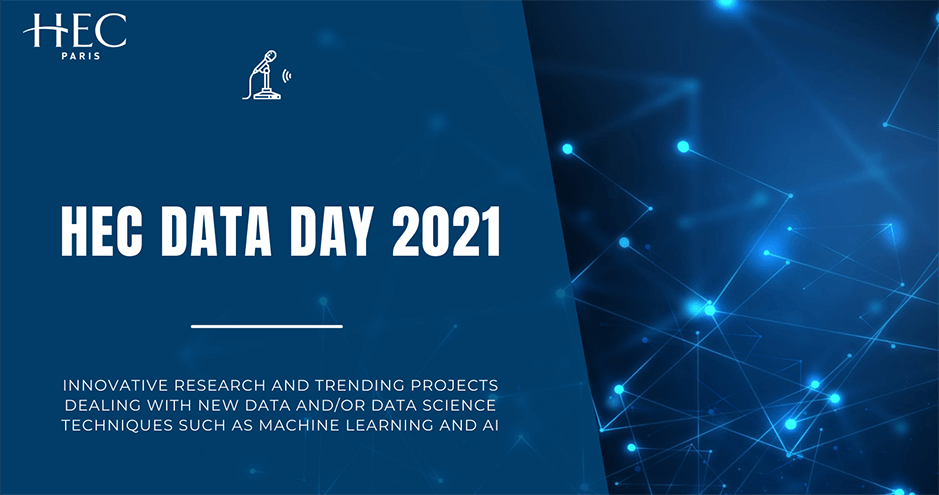 “Data is Power,” headlined a recent Foreign Affairs article. But, pursues the journalist, new rules are needed to answer the challenges of the digital age. After all, data is at the heart of global trade as cross-border data flows shot up over  110 times between 2008 and 2020.

Some of these new rules, theories and on-the-ground proposals could arguably be found during the December 1, 2021, Data Day conference. Once again, this was a rich forum, this year involving 25 speakers to share their research and on-the-ground experiences with an audience representing a diversity of sectors and backgrounds. “It’s so good to have you back in a face-to-face context,” said the organizer and HEC Associate Dean for Research, Christophe Pérignon. “This edition sees the involvement of 12 professors from seven HEC departments, reflecting the heterogeneity we are encouraging as we explore machine learning, AI and data techniques.”

A quick perusal of the program underlined this multi-sectorial approach: it ranged from Yann Algan’s exploration of populism and trust during the Covid crisis to Thierry Foucault’s research on alternative data as a possible approach to improving financial forecasting. But there was also room to discuss Aluna Wang’s study of automated fraud detection in accounting; and to enjoy Federica De Stefano’s research on the use of data analytics for people management.

From ESG to Hospital Ventilators

At the same time, HEC accounting professor, Luc Paugam, shared fascinating insights into Environmental, Social and Governance (ESG) visual disclosures from corporate reports and ESG performance evaluation. Despite it being “a bit of a Wild West,” said Paugam, visualizations play a strong role in critical decisions in terms of sustainability. This research has been undertaken by a high-powered team of academics compromised of Paugam, Rodolphe Durand, Hervé Stolowy and Alexandre Madelaine. “There’s been a strong growth in ESG investments since 2012,” said Paugam, underlining the quantum expansion of funds in this sector. “Figures show that sustainable funds managed by ESG funds have increased almost three-fold in less than 10 years (rising from $13.3 trillion to $35.3 trillion worth of assets).”

The researchers examined ESG reports by firms in the S&P Global Corporate Sustainability Assessment between 2018 and 2020, coding the visual content of over 430,000 images that are related to ESG dimensions such as animals, gender diversity and consumption. One of the many results the team was able to reveal was that top ESG performers must reduce reliance on ESG visualization if they are low ESG performers; while mid-ESG performers can use ESG visualization strategies to increase their ESG ratings.

Just as topical was Julien Grand-Clément’s research on the allocation of beds and ventilators in intensive care units during the COVID-19 crisis. “This pandemic has highlighted the challenges of managing life-saving health resources,” he explained. Grand-Clément is a Hi! PARIS Center fellow and, for the past two years, he collaborated in a study on the hospitals in California and New York State involving thousands of patients. The researcher used machine learning and optimization in his exploration of medical decisions automation in the two regions. “We discovered simple interpretable guidelines can diminish the number of additional deaths by a quarter, compared to the ones used by New York State! That’s possibly because its guidelines were designed in 2015 and aren’t adapted to COVID-19.”

Could Data Day Be a Starting-point for a “Vue Réaliste”?

Co-Director of the Stanford Center on the Legal Profession, David Engstrom, closed the 10-hour event and, simultaneously, opened a three-day conference called the Algorithmic Law and Society Symposium. Engstrom delivered a powerful keynote speech on what he called “The Automated State”. Based on soon-to-be published research, his study was stimulated by the wrongful arrest of Robert Williams in 2020, the result of faulty facial recognition. “This is an example of cruel algorithms being crudely mistaken,” said Engstrom. “Algorithmic miscalculations are most likely to fall on the poorest and most targeted minorities. So demands for reform swell.” Engstrom outlined the understandable outrage of academics, some of whom have denounced a “secret, regressive, racist or repressive State.”

Their calls for the banning of AI and calls for full transparency are not the solution, however. “I want to offer something more complicated,” he continued, suggesting reforms which espouse what he calls a “vue réaliste (sic.)”, a median path which addresses automation’s ambiguities, the limits of legalism and a “new socio-technical field of inquiry” in terms of AI and bureaucracy.

“And why not a Weber-ian approach?” asked the scholar of public law, referring to the multidimensional works on social stratification by the 19th century sociologist. Max Weber’s seminal essay, “Politics as a Vocation”, Engstrom suggested, could be undusted as a contemporary intersection between computer science, behavioral social science and organizational theory. “And gatherings like this one are perfect settings for us to start!” he concluded to loud applause. 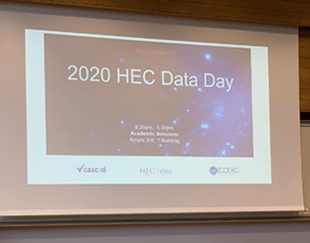 The 2020 HEC Data Day once again brought together a wide array of researchers, students and professionals in an expanded format designed to showcase some of the school’s salient research and applications... 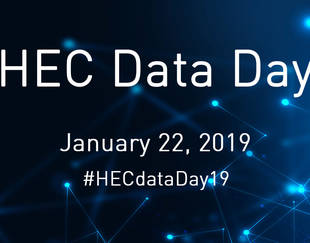 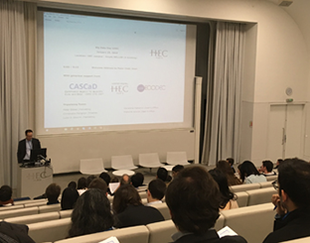