For the first time in its decade-long history, the annual EIASM Workshop on Top Management Teams (TMT) and Business Strategy Research was hosted by HEC Paris at its Jouy-en-Josas campus. Considered one of the most important platforms for strategic leadership research events in Europe, the March 31 -April 1 event focused this year on “Strategic Leadership for Sustainability and Social and Political Responsibility”. The gathering was one of the first major conferences HEC hosted since the end of the confinement. We focus here on its three keynote speeches. 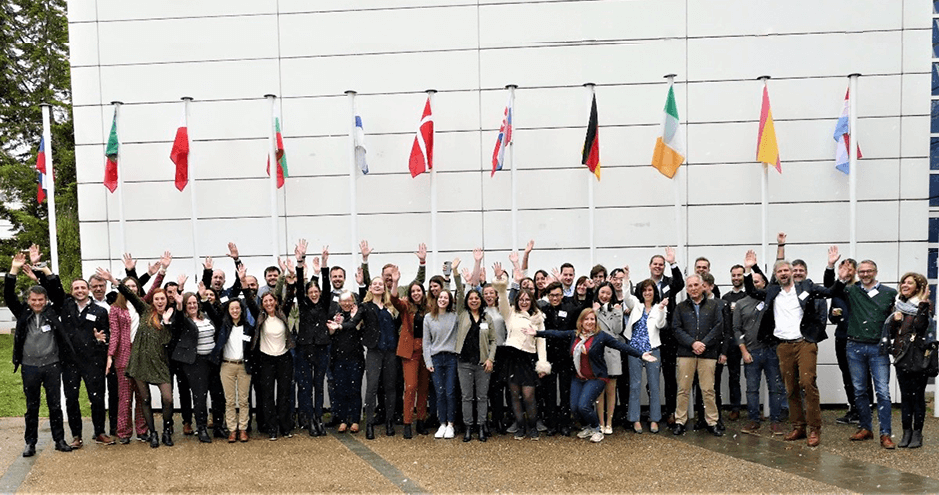 Three keynote presentations, 11 parallel sessions and 40 research presentations. The 60-plus participants at the 11th EIASM Workshop were spoilt for choice, largely thanks to the tireless work of its organizer, HEC Assistant Professor Georg Wernicke. Wernicke’s involvement in these workshops dates back to his early years as a young scholar and he has been a regular ever since: “I benefitted tremendously from the feedback I received each time. By organizing this edition, it felt like I was paying back to this community, while allowing HEC to enjoy greater exposure amongst scholars who are researching in this TMT field.” However, little did the academic, who specializes in the intersection between corporate governance and CSR, imagine the mountains he needed to scale to coordinate this edition. The event, initially planned for March 2020, was first hit by France’s COVID-provoked shutdown. “I had the pleasure of organizing the workshop not once, but twice. And circumstances meant that I had to adjust the program almost every day till we opened on the last day of this March.”

The two-day meeting on HEC’s scenic but damp campus was co-sponsored by France’s pre-eminent business school, with the help of its Society & Organizations Institute. Top researchers, both junior and senior, shared their explorations in papers with intriguing titles: “Changing the Sails to Steer in the Wind”, “Getting Paid when Books are Cooked”, “Shake up the Management”, “Unfolding the Effects of CEO Narcissism”, “How Masculinity Drives M&A”, “Feeling Good Being Different?”, “Strangers at Home”, “It’s all about Gender!” These were just some of the evocatively-titled papers debated in parallel sessions – and often over lunch and dinner tables which followed them. “I really enjoyed the collegial and cordial nature of this gathering,” commented Abhinav Gupta, who had jetted in from Seattle, Washington, as one of the keynote speakers. “Nobody was too combative or offering mean feedback, which speaks for the culture of the conference. I also enjoyed the mixing of generations, and I felt my role was offering mentorship to some of the young doctoral students who attended.”

Like Gupta, this was fellow keynote speaker Corinne Post’s first experience of the EIASM workshop. The Fred J. Springer Endowed Chair in Business Leadership and Professor of Management was impressed by the diversity of the researchers whose work converged at the workshop: “These different vantage points enrich the debate and can lead to a strong community of scholars,” she said. The professor from Villanova University noted the excellence of research presented: “Often small conferences can host very early-stage research. Here, I’ve been impressed with the quality of the program and research and that cuts across all levels, from doctoral students to senior academics.”

HEC Professor Rodolphe Durand presented a keynote speech entitled “Purpose: Why, Why?” It focused on his years of research on purposeful leadership. “This might sound like an unusual title but I wanted to discuss the importance of purpose, an idea which has become a growing phenomenon these past years,” explained the Academic Director of HEC’s Society & Organization Institute. “The exchange at the workshop was interesting because everyone was bringing his or her own perspective and clarifications about purpose. The question is: ‘Has it become a buzzword or is it at the core of a firm’s very being? If so, then it’s also at the core of its governance bodies and its top management.”

During his presentation, Durand insisted on the need to listen and respond to the major business actors, citing the example of former Danone CEO Emmanuel Faber. The latter’s questioning of activist hedge funds and their impact on ESG led to a major research paper by Durand with widespread media response. “I’m opening up more and more to business practitioners and actors. There’s a tendency in academia to stay amongst ourselves, using our own jargon and conceptual definitions. That’s good in the sense that we are very precise but, at the same time, maybe the questions we explore are miniscule and not so relevant, after all. So, I was encouraging everyone at the workshop to associate their research questions to some resonating framework in order to bring some answers to the issues that are preoccupying practitioners and that we can tackle in a scientific way.”

‘Solutions’ that Can Create New Problems

Someone who needs no convincing on this approach was fellow keynote speaker Corinne Post. As a world authority on diversity management, notably on women and boards, she has strongly advocated for researchers to create closer ties and communicate more meaningfully with the public, policymakers and organizations. “As scholars, we need to reflect on why we are studying the questions we study. How are we contributing to the public discourse around these issues? What might be the unintended consequences of our research? How can we better communicate?” So many questions that Post encouraged the workshop to explore in the editions to come.

Her own cutting-edge research was lauded by Georg Wernicke in his preamble to Post’s keynote session. The Villanova academic called her paper “Gender Diversity in Strategic Leadership: Striving for more Sustainable and More Socially and Politically Responsible Research”. We asked Post why, precisely, did she introduce the notion of “striving” in her title? “Because I think these are systemic problems,” said Post. “And there’s not just one solution to these problems, right? Even leaders who are trying to solve the issues start creating new ones, like this notion of more women representation in boards. You have efforts at policy level to have targets which are well intentioned… but then there are these potentially negative outcomes as well. For example, in our research, we find that evaluations of female directors are harsher than men when firms under-perform.

The co-author of “What Changes After Women Enter Top Management Teams?” continued: “More generally, some of the simplifications we make in this research risk unduly reinforcing stereotypes about men and women." So, ‘striving’, because we need to keep thinking about that bigger picture when we embark on research in this field. I realized that just the feasibility of one particular project will never resolve the issue, we should strive to create a body of knowledge that can help us address these larger issues.”

Keeping the EIASM Workshop on the Same Track 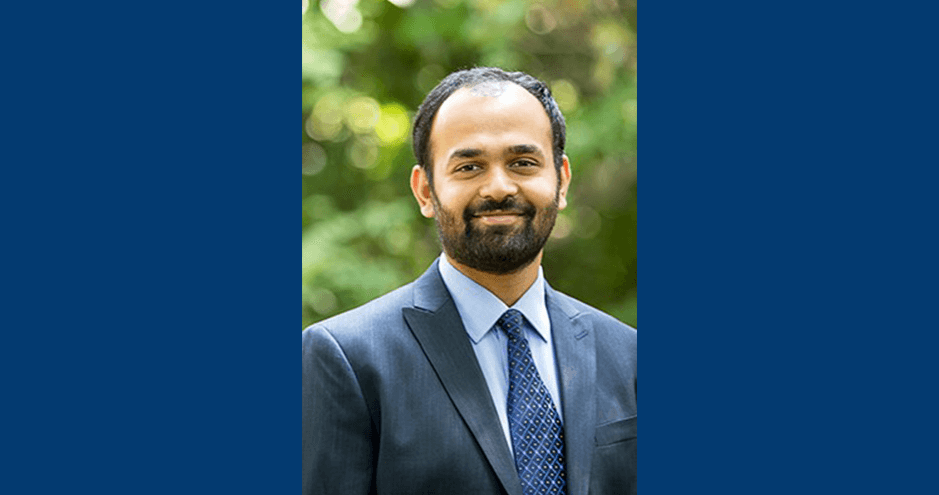 Larger issues are part and parcel of Professor Abhinav Gupta’s years of research. The academic hails from New Delhi and has enjoyed a remarkable academic ascension via Pennsylvania State University and, currently, Foster School of Business. This includes a semester as visiting professor at the HEC Strategy and Business Policy Department in the fall of 2021. Gupta has marked his field by linking politics and business through publications in top-tier management and organizations journals. Gupta’s research focus is on the way political ideologies (on the American liberalism-conservatism axis) of business leaders affect the firms’ actions and outcomes. For his keynote speech at the workshop, entitled “Political Organizations, Ideology and Society”, he invited the audience to reflect on a birds-eye vision of this field. “I described five different areas of my research in the hope that the exchange might be a generative exercise for fellow-researchers there,” he explained.

The engagement during the one-hour talk was indeed high and sparked reflections on internationalizing Gupta’s work. “Political ideology and TMT are quite US-centric, partly due to excellent data availability in the States,” he continued, a point reflected in articles like his “The Elephant (or Donkey) in the Boardroom: How Board Ideology Affects CEO Pay “So, I asked the fellow-researchers: ‘How could these explorations be carried out in the European context?’ And one suggestion was looking at union membership in Europe, since unions have different affiliations here. It could be used to figure out what employees’ political views are and the possible impact on business activity and policy. Well, good point, there’s some promise in that approach.”

The associate professor in management hoped the workshop will pursue its multiple explorations of corporate social responsibility, sustainability and the challenges that people and organizations continue to face. “The program this year resonates with the concerns of scholars who are part of this community, particularly in Europe. I would love to see that continue. You know, you don’t need to change things every year. I think change can sometimes be overrated, so let’s reinforce that focus in 2023 when there’s sure to be more grand challenges our world is facing in terms of sustainability of the planet.”

This vision is shared by Georg Wernicke. The 2022 event organizer believes this year’s theme on strategic leadership, sustainability and social/political responsibility could not be more topical. “I strongly believe that leaders have a tremendous impact on the trajectory of the organizations they lead, and my research appears to confirm this. By maintaining this topic for upcoming workshops, we have the opportunity to learn from scholars studying the multifaceted ways top managers and board members affect their organizations’ financial, environmental and social performances.” A wish that was recently echoed by the International Sustainability Standards Board, led by HEC alumnus Emmanuel Faber.