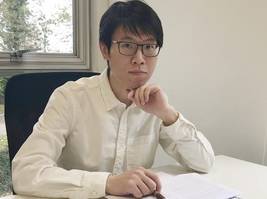 Abstract:
In this thesis, I propose new measurement and models of ambiguity aversion and status quo bias. The ﬁrst two chapters utilize an agent’s attitude towards well-deﬁned uncertainty (i.e., risk), which is better understood in the literature, to measure that of less well-deﬁned uncertainty (i.e., ambiguity) and other components of decision making (e.g., utility function). This approach presents at least two advantages. First, it leads to an easily implementable tool for comparing ambiguity attitude across agents without requiring them to have the same risk attitude, as argued in Chapter 1. Second, it unveils a rich notion of trade-oﬀs in the risk domain, through which popular decision-theoretic axioms can be reformulated to embed rank-dependent utility over risk into models of decision under uncertainty, as shown in Chapter 2. In the last Chapter, status quo bias is shown, under fairly general conditions, to be compatible with a rational decision model where the agent compares the likelihood of a status quo theory and various alternative theories, similar to statistical hypothesis testing. Taken together, the thesis provides new theoretical accounts of economic behavior that are amenable to formal analysis and empirical test.