Tech & Impact at the heart of Msc X-HEC Entrepreneurs' projects

On Tuesday June 11th, the last Final Jury of the MSc X-HEC Entrepreneurs batch 2018-2019 took place in the premises of the Medef, in Paris 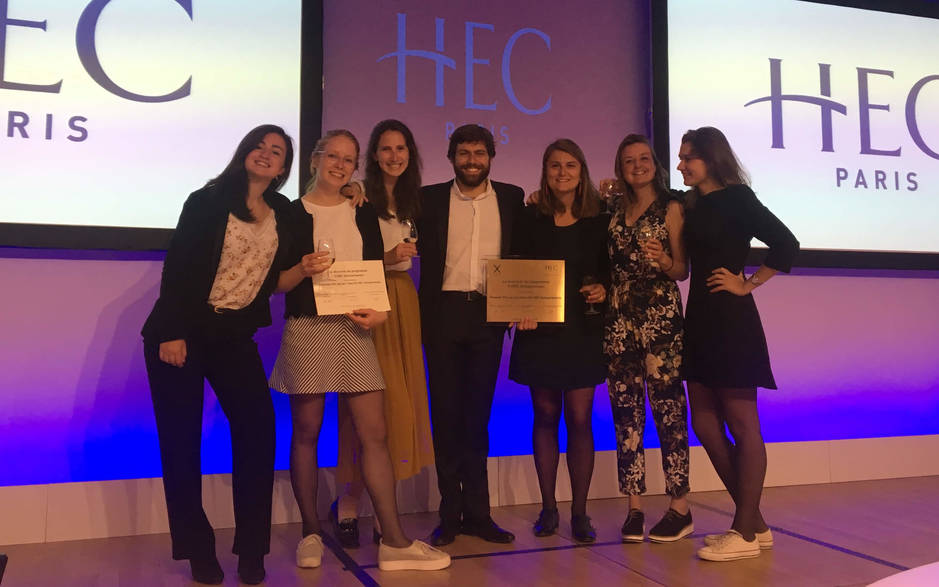 On Tuesday, June 11, the last Final Jury of the MSc X-HEC Entrepreneurs took place. As in previous years, the event took place at the Medef in Paris, but in a new format!

It was in the Medef Auditorium that some fifteen projects, previously selected among the 48 of the 2018-2019 batch, by a jury of experts the previous week, were honored.
In 10 minutes each team had to present their project and answer questions from the jury chaired this year by Pierre-Henri BENHAMOU, Founder DBV TECHNOLOGIES; Yves CANAC, President at YCC Audit and Consulting; Laurent DASSAULT, Deputy General Manager of GIMD; Aude DE LIVONNIERE, DG of LIVCER ; Sophie DESMAZIERES, President of BUREAUXLOCAUX; Jean Louis DETRY, President of Vermeer Capital; Julie LEIBOVICI, CEO of Financiere MLA; Didier SELLIER; Nathalie YOUNAN, FTPA Lawyer; and in the presence of the promotional sponsor Julia BIJAOUI, Co-Founder of Frichti.

A two-stage selection that highlighted the 15 most promising projects in front of a packed room of 250 people, made up of mentors, experts, professors students and numerous Alumni!

While Alain Bloch, co-director of the Master's degree, highlighted the high proportion of Tech projects that were higher than in previous years, among the three finalist projects we also found projects with a strong societal impact:

The jury's favourite was awarded to Spargo, a new generation growth factor for pancytopenia, co-founded by Lenny Dahan and Maria Tahri.