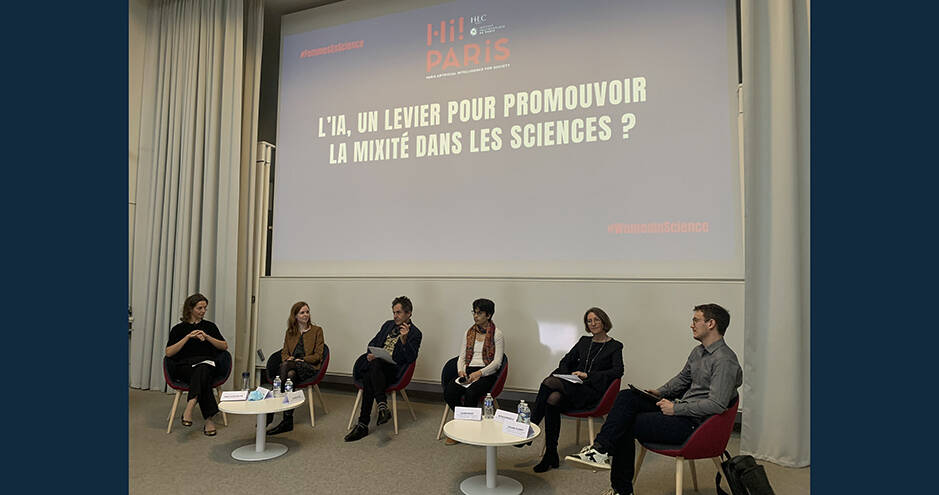 “We are delighted by the outcome of this first societal debate organized by Hi! PARIS since the Center was launched in 2020.” HEC Marketing Professor Anne-Laure Sellier’s satisfaction at the two-hour event at the HEC campus was widely shared as hundreds of students and observers followed the hybrid exchange. It reflected a consensus that such discussions are vital in the AI sector as it expands exponentially. “I was particularly pleased to hear women talk of their first-hand experiences in this field, underlining the growing sensitivity to the issue,” continued Sellier. “Ambitious goals have been set in the AI industry in which some sectors employ very few women at the moment. We must remain realistic and set initial objectives of 15-20% in some fields, not parity We must actively mentor and even sponsor the most promising of these women. Even outside AI, such debates allow people to be more aware of how few women are science teachers for instance, and how exceptional it still remains for them to accede to top scientific posts.”

The challenges for diversity in science and AI do indeed remain daunting. According to UNESCO, women scientists continue to represent a “significant minority” in the fields driving the digital revolution. Digital information, computing, engineering, maths, technology and physics continue to mirror an under-representation in this Fourth Industrial Revolution. Overall, women represent a third of all researchers and only 22% of AI professionals are women. In France, according to the OECD, that figure dives to 12% (outside “transversal functions” such as marketing and communication). A gender divide which explains the decision to launch the 2018 Villani Plan, designed to increase the number of women students in AI studies to 40% by 2020.

Despite the figures, Etienne Klein is cautiously optimistic. “In the 19th century, engineering schools were the unique preserve of men. That is obviously unthinkable in our day and age.” After the debate, the renowned philosopher of science elaborated: “My optimism is correlated with activism. The fundamental question here is that we continue to have trouble thinking of the gender difference without imposing a hierarchy. We must be able to think equality without thinking the identity that accompanies it. Yes, men and women are different, but we must resist the temptation to compare them and to create a hierarchy.”

Meanwhile, Constance Grisoni shares the conviction that AI-linked companies do not share a uniform approach to gender diversity. “We have networks (in around 60 countries, Ed.) that take different forms depending on the country or functional department,” said Grisoni, who is the strategic director of Rexel. This French company specializes in distribution of lighting and plumbing equipment and Grisoni is involved in the firm’s Wire network which seeks to facilitate inclusion in the business across the Group’s countries. For the Ecole polytechnique graduate, working in a masculine environment can actually be a driving force: “Bringing a different way of thinking to the table than men offers new challenges and enriches the conversation. At Rexel, this is what we have tried to do, and it works quite well because people want to work with Artificial Intelligence.” 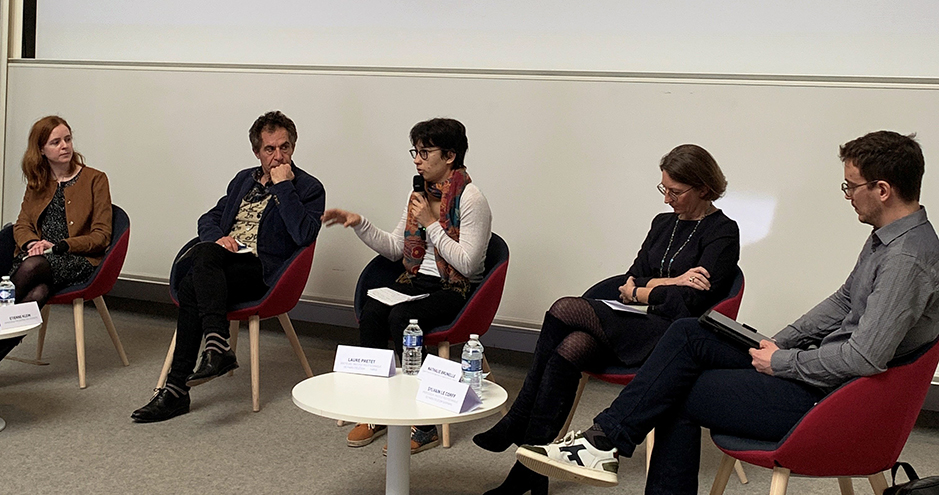 A similar cosmopolitan network operates at the heart of TotalEnergies which founded the group TWICE back in 2006. This is one of the country’s oldest associations promoting gender diversity within a company. Its president, Nathalie Brunelle, insisted that events involving exchanges between women open up new horizons: “When women in the network talk amongst themselves, it allows us to exchange differently, sometimes with a degree of lightness, a sense of humor or reflections which might not go down well within a mixed group.” The network recently created a sub-group called TWICE@Digital aimed at bringing together women from different departments to discuss common challenges and to encourage young women to invest in the digital professions available.

The multi-disciplinary nature of AI is something Laure Prétet ardently believes is an asset for women seeking to invest the field. The doctoral student at Hi! PARIS is combining her passion for music with machine learning skills to develop algorithms designed to analyze and organize music. “Drawing on a broad pallet of disciplines is a true asset because AI, as a relatively young science, is very experimental,” said the PhD student, who is part of a team with only two women out of 17 members. “You need to have unbounded curiosity, going way beyond mathematical skills. AI encourages experimentation, creativity that’s almost artisanal, and an ability to follow your intuition. All these are attributes young women can capitalize on to embark on a career in AI.” Prétet described a network which has helped her in this field, Women in Music Information Retrieval. “WIMIR has a tremendous mentoring network which helps all aspiring women researchers advance in their career. We’re devoted to promoting the role of, and increasing opportunities for, women in this field. After being a mentee, I’m happy to take on the mentorship role to build a community around women in our field. And investing the AI field is an integral part of this.”

Learn to Dare in the AI Field

Anne-Laure Sellier applauded such role models within the HEC community. “I strongly encourage our female students to enter the AI field. This often means taking the conscious decision to override strongly-ingrained stereotypes that AI is an engineering-only, old boys' world they are excluded from. Our purpose with this debate was to underline how more open this new field is compared with  other scientific disciplines, because of its multi-disciplinary nature. So what do you need to do as an aware female student today? Apply to tech! Meet people in these fields, even (especially!) when your prior belief is that "it is not for you". The business world is changing at an unprecedented pace, and your initial perception of these fields is, in all likelihood, passé. Once you have offers on the table, accept or reject them. But go get these offers. On our end, there’s still plenty of work to be done, but the idea is that we shake this tree, hoping it will facilitate change.”

Watch the conference replay (in French) :