Since 2010, HEC Paris and Kering, the French holding company of luxury goods have collaborated on an annual educational program in luxury management. The six-week program has attracted students from around the world to learn about a world ranging from haute couture fashion to watches, perfume and jewelry. The Luxury Certificate is a program that Kering CEO and HEC alumnus François-Henri Pinault has particularly close ties to. Once again, it kicks off with a project brief and a tour of the Kering headquarters in central Paris, set for April 23 2018. 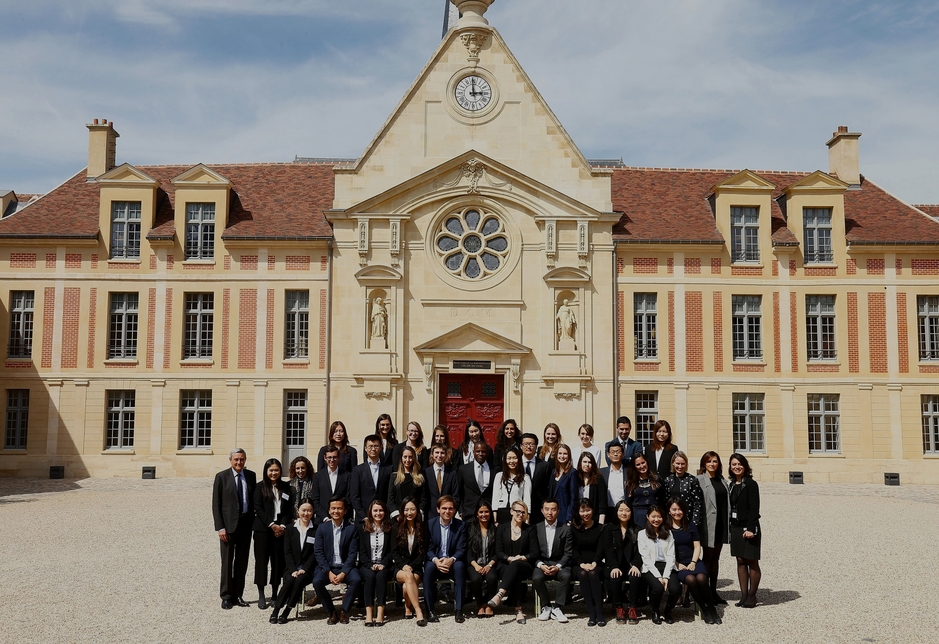 “My name is Ying, I used to work in the marketing department in a Japanese firm. I'm here to learn how to build a strong brand image. And there's nothing better than the luxury sector for this.” “Hi, I'm Charlotte, from Munich, and I've taken this Luxury Certificate because I'm interested in how the luxury industry incorporates the digital component.”

Just two opinions gleaned from the 38 students embarking on an intense HEC Paris program in April and May delivered in collaboration with Kering. The 2017 edition of this six-week program kicked off on April 24 in the gleaming new Kering headquarters in the French capital where the luxury company has transformed the former Laennec Hospital into a remarkable center for its offices, research labs and brands.

From the outset, HEC Paris Affiliate Professor and co-academic director of the program, Patrick Albaladejo, insisted on the inspirational value of working with the French company: “Kering turned a family business in timber into one of the most powerful luxury companies in the world,”  he explains. "This is a spectacular achievement and it is great to bring together our talented students from the Grande Ecole, MBA, Masters of Science and Specialized Masters to share their experiences with Kering professionals.”

Kering has responded strongly to demands for people- and planet-friendly fashion and it was eager to share its vision with the HEC Paris students in a session led by Kering's Sustainability Operations Director Michael Beutler. He explained Kering’s sustainability efforts following his afternoon exchange with the participants. “These exchanges are really important for us. The disruptions of tomorrow come from the students of today, with their different perspectives. This creative disruption will provide new angles on vital issues for us, such as the sustainability operations I have been involved in since 2011.”

In 2012, the Environmental Profit and Loss tool was inaugurated by the Kering brand Puma to assess the environmental impact of all the company’s actions - the fruit of Michael Beutler’s vision and commitment. To achieve his company's major objectives regarding sustainability, Beutler has established a bottom-up strategy and insists on the 100% traceability of all Kering products. This, he said, will have a major impact on the footprint left by the company: “We are aiming at reducing our footprint by 40% by 2025,”  he said. “20% will be achieved via improved business practices, 20% via innovation. It's the combination of business optimization, a circular economy and innovation which will be most effective.”

Academic Director for the Luxury Certificate program Kristine de Valck asserted that 2017 had been a marked success. The Certificate climaxed with five teams pitching their proposals for a new business model for one of the Kering brands which, according to HEC affiliate professor Patrick Albaladejo would lead to the brand “breaking new ground”: “The teams presented outstanding proposals to some of Kering's top management which included the company's worldwide director in human resources,”  explains the professor.

“One fascinating project,”  Albaladejo pursues, “was a proposal the students worked on to support sustainability with the recycling of old jeans: customers are to bring in their jeans and have them redone with an updated cut of the season. We discovered that it needs 9,900 liters of water to make a pair of jeans! If you re-use the fabric you save most of that water.”

The Emotional Side of Luxury

Patrick Albaladejo also outlined how the students have fundamentally changed after these six weeks: “When the program began, they were disturbed by the notion that the emotional side in the luxury industry is as important as the rational side. For the first few lectures they weren't comfortable with that principle. Then, suddenly, they were made aware of how rewarding this can be through a series of case studies. They started to take into account the feelings of store employees, clients and employers, not to mention the heritage of the brands. Their projects allowed them to define this factor more precisely and they broke into new grounds. The results are there to see, and Kering is delighted.”

Both Charlotte and Ying retained the principles of the French touch that impregnates Kering's approach to luxury management. Ying defined the elusive nature of this quality: “It's like a woman who's not fully attracted to you,” he says, tongue-in-cheek, “but the more she's not attracted, the more you chase after her. That's the French touch for you!”