Culture and the Economy: Understanding the Dynamics of Globalization

Does the economy influence individual values and culture? Yes, say Jacques Olivier and his co-authors in a March 2014 research paper. They demonstrate that removing trade barriers impacts the way people behave in a way that further increases the rate of globalization. Below, we look at the reasons why. 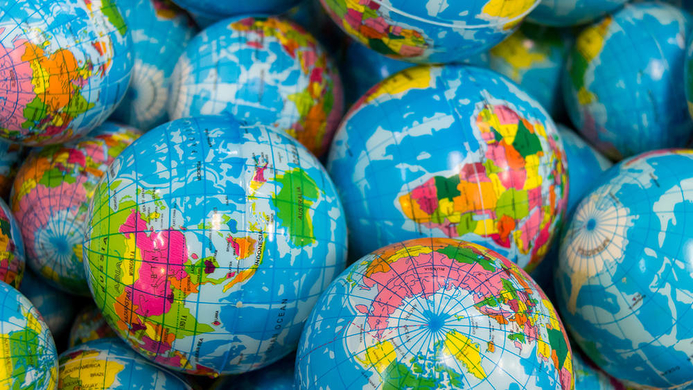 Economic research usually treats cultural identity and individual preferences as exogenous fixed factors on which to develop analyses and draw conclusions. In contrast, other social sciences such as anthropology, sociology and psychology operate on the principle that culture and individual preference may evolve and be influenced by their environments.

Economy and culture influence each other

Over the last ten years, economists such as Guiso, Sapienza, and Zingales have been exploring the relationship between culture, values, individual preferences and the economy, focusing on the unidirectional impact of culture on the economy. They have demonstrated empirically, for example, that the level of trust that people have in their country’s institutions and fellow citizens influence many aspects of economic activity (such as international trade). In parallel, Thierry Verdier and Alberto Bisin have proposed models where the transmission and inheritance of cultural traits are linked to a person’s preferences and resources.

The decision to transmit a cultural heritage is a compromise between preferences, cost, and access to information. Based on this approach, it is possible to analyze the influence of economic activities and social institutions on the dynamics of preferences, values and beliefs. Cultural transmission is seen, therefore, as the outcome of interactions between decisions around socialization within the family and other socialization processes such as social imitation. When parental values are aligned with those of society, they trust their environment and expend less effort to educate their children. Transmission comes at a cost. In times of economic change or shock, therefore, when the values of the wider environment are in flux, there may be an impact on the transmission of family values.

An economic shock – such as the opening of a market – can bring about permanent changes in personal values, cultures and preferences in a way that is not easily reversible

The spiral of cultural and economic change

Olivier, Maystre, Thoenig and Verdier use the above model of cultural transmission to develop an understanding of the dynamic that links globalization and individual cultural preferences and values. They show that the relationship is part of a snowball effect. When a country opens its doors to international trade, goods designed for a “global consumer” arrive on its market, thereby raising the welfare of people who are responsive to this type of product and conversely lowering the incentives of parents to transmit local cultural traits to their offspring. Over time, the supply of globalized products further increases to meet demand, thereby resulting in a self-sustaining cycle.

The above dynamic naturally leads to greater value conflicts between generations, as younger people adopt the cultural attributes symbolized by traded goods. Individuals, non-governmental organizations and countries may then grow to fear open borders for non-economic reasons. The model advocated by the authors suggests that, once a market has opened up, it is difficult to back pedal with new restrictions on international trade, and that these periods of market opening have a far greater impact on changes in the cultural distance between countries than periods of trade restriction.

The dynamics of globalization

The empirical study carried out by the authors using the World Values Survey between 1989 and 2004 confirms the model’s predictions. The average cultural distance between countries decreased over the period, disproving the position taken by economists such as Guiso, Sapienza and Zingales, who view culture as an invariable factor. Most importantly, when two countries open up to international trade, it results in a steeper reduction in the cultural distance between them than between countries which did not experience an increase in the level of their bilateral trade. This dynamic is even more pronounced when the traded goods are differentiated. The effect is finally found to be stronger when focusing on the answers of younger people to the survey.

Working with my coauthor Deepak Somaya, we tested our theory using a sample of U.S. patent law firms and the scope of patent legal services provided to clients across different technology markets over a period of ten years. Our key questions were: (1) Does the changing scope of needs of existing clients lead to a significant change in the business scope of a focal law firm (which we call “client-led diversification”)? (2) Do relational assets increase the client-led diversification effect?
Based on an interview with Jacques Olivier and his article “Product-Based Cultural Change: Is the Village Global?” (Journal of International Economics, Vol. 92, Iss. 2, March 2014) co-written with Nicolas Maystre, Mathias Thoenig and Thierry Verdier.
Related topics:
Finance
Economics
Download & Print
Share
FACEBOOK
TWITTER
LINKEDIN
EMAIL

Jacques Olivier is currently Dean of Faculty and Research. He received his Ph.D. from the University of Pennsylvania in 1996. His research interests...