Financial analysts: Are they useful after all?

François Derrien and his co-author study the extent to which financial analysis impacts a firm’s decisions. They provide empirical evidence revealing a direct link between analyst coverage and the cost of capital, amounts invested, and financing capacity. Contrary to popular belief, it seems that financial analysts do indeed serve a real purpose. 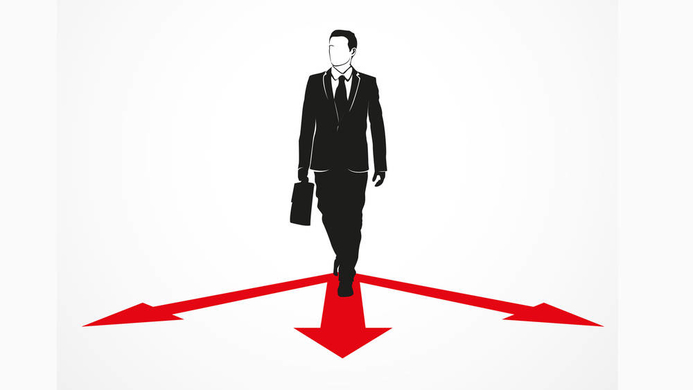 Does coverage by financial analysts influence corporate decision-making? “It is an important question,” says François Derrien. “Some researchers think that analysts do not provide much information, that they all say the same thing, that they are subject to conflicts of interest, and that their analyses are biased. There is a general consensus that, essentially, they are not of much use.”

To test this idea, Derrien and his co-author, Ambrus Kecskés, identified firms that had reduced analyst coverage (i.e. cut back on the number of analysts covering them) and studied the impact of that loss on financing and investment decisions. “It proved to be more complicated than we initially thought it would be,” explains Derrien.

To verify the causal relationship, the researchers tackled the problem of identifying exogenous shocks in analyst coverage – i.e. shocks that cannot be caused by anticipated changes in corporate policy. They focused on decreases in analyst coverage following the closure or merger of brokers. In either of those two events, some or all of a firm’s analysts are dismissed, with the firm losing some of its coverage.

The results of the study confirm that analysts generate important information that is used by market players, which impacts the cost of capital for firms and, consequently, the investments they agree to and their financing. In fact, after the loss of an analyst, companies reduce their investments by on average 2.4% of the total value of their assets.

The three investment components that the researchers focused on (capital, research and development, and acquisitions) fall significantly in both the year prior to and following the loss of an analyst in comparison to similar firms that do no lose an analyst. Firms also considerably reduce their financing (on average by 2.6 % of their assets) when they lose an analyst.

Amongst the three variables that the researchers were interested in (changes in long and short-term debts and equity issuance), only short-term debt does not decrease significantly, because it is less sensitive to uncertainty and, consequently, to analyst coverage. The greater the coverage, the more information there is available for investors, thus the lower the uncertainty regarding the value of the firm and, ultimately, the lower the cost of capital.

When a firm loses an analyst, uncertainty about the firm’s value and the cost of its capital increases.

Effects depend on individual firms

In addition, the effects are more pronounced for firms with limited resources that have to rely on external financing to fund new projects. The results demonstrate the pivotal role played by financial analysts. As François Derrien concludes: “Not only do analysts influence the price of shares via their investment recommendations and reports, the information they provide also directly affects the cost of the capital of the firms they cover and, more indirectly, their financing and investment decisions.”

Working with my coauthor Deepak Somaya, we tested our theory using a sample of U.S. patent law firms and the scope of patent legal services provided to clients across different technology markets over a period of ten years. Our key questions were: (1) Does the changing scope of needs of existing clients lead to a significant change in the business scope of a focal law firm (which we call “client-led diversification”)? (2) Do relational assets increase the client-led diversification effect?
Based on an interview with François Derrien, professor of finance, and the article “The Real Effects of Financial Shocks: Evidence from Exogenous Changes in Analyst Coverage” by F. Derrien and A. Kecskés, scheduled for publication in the Journal of Finance.
Related topics:
Finance
Download & Print
Share
FACEBOOK
TWITTER
LINKEDIN
EMAIL

François Derrien's research focuses on corporate finance, and his areas of interest include initial public offerings, the behavior of security...