Is It Profitable to Invest in Wine?

A collection of fine red wines may be an asset for gourmets, but it is also an interesting financial asset, which appreciates over time. Unique research based on the study of prices of Bordeaux premiers crus over the course of the 20th century shows that wine appreciates beyond its drinking value to deliver high returns, even outperforming some other traditional investments. 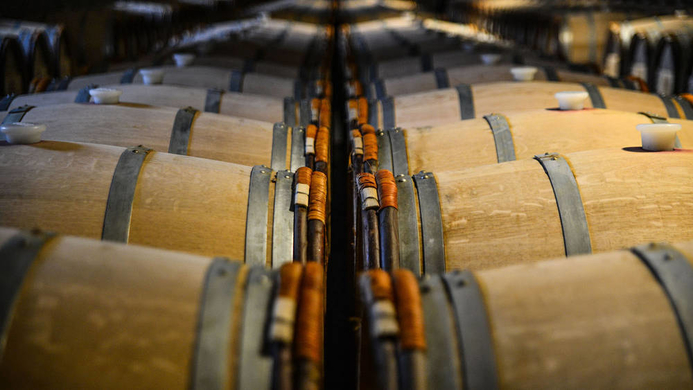 Unlike traditional investments such as bonds, stock, or real estate, wine does not pay interests or dividends. Yet fine wine has become an investment of its own class in the portfolio of high-net-worth-individuals – those wealthy enough to attend auctions where cases of wine from famed chateaux go under the hammer for several hundred, or even thousand euros per bottle. Global investment funds specialized in wine have even sprung up. After all, vintage wine belongs to the class of so-called “real” assets, like commodities and land, and these tangible assets have become more attractive to investors following the financial crisis.

But vintage wine is a particular asset; like other collectibles such as art, violins or stamps, it offers an emotional reward to its owner, which cannot be measured in purely monetary terms. So when considered as an investment, the total return is the sum of financial and non-financial returns. Wine also goes through a life cycle, as it matures, which Christophe Spaenjers, who published a research paper on the price of wine as an investment along with co-authors Elroy Dimson from London Business School and Peter Rousseau from Vanderbilt University in the US, says is an interesting aspect: “The non-financial return, the emotional pleasure of owning the wine, may change over time, as the wine becomes rare, or becomes less drinkable, and that is reflected in prices.”

Wine prices reflect more than just the quality of the taste

How does the price of fine wine, and its resulting financial return, vary over its life cycle? Intuitively, you can expect a certain pattern for a vintage wine, for example from one of Bordeaux's “first growths” (premier cru). “Take a top vintage, such as a 1982 wine, you can expect its price to increase as it matures in its bottle, then after 30 or 40 years it reaches maturity and the price stabilizes, then in the following decades it is less drinkable but its price as a collectible rises,” explains Christophe Spaenjers. While the pattern for a quality wine sounds straightforward, it also works for poorer years and lower-quality vintages (“low quality” being relative, as the wine is still a Château-Lafite or Margaux or other such luxury vintages).

“The price of a young lower-quality vintage does not increase much, the returns remain low, but once it becomes a collectible, its value grows with age, as everyone wants a Lafite in their collection as soon as it is old enough,” says the researcher. He adds that the initial quality matters even less for very old wines, as a bottle from 1917 is not really meant to be drunk but rather is purchased to complete a collection.

The non-financial return, the emotional pleasure of owning the wine, may change over time, as the wine becomes rare, or becomes less drinkable, and that is reflected in prices.

More than a century of study used to uncover trends

When Christophe Spaenjers and his co-authors examined the prices of high-end Bordeaux wines over the past century, they found that their data confirmed the pattern. But collecting the material was no easy task. The trio of researchers combed through the archives of Christie's auctioneers and London-based wine merchant Berry Bros. to gather the prices from as far back as 1899 of five long-established Bordeaux wines: Haut-Brion, Lafite-Rothschild, Latour, Margaux, and Mouton-Rothschild. The most expensive bottle they came across was referenced at £8,000 pounds, while the average price over the last few years was £750 per bottle, or just under €1,000. “This may be the top of the market for wines, but, in comparison, it's the lower end of the market for art,” notes Christophe Spaenjers.

While the researchers found it inspiring to dig into the history of the companies, they unfortunately were not able to sample any vintage wines. They did however form a solid historical database by aggregating multiple different sources. By linking tens of thousands of prices to ages and sale years of wines, they were able to create a model of the financial returns delivered by wine over the course of the 20th century up through 2012. Not only did their work produce a model for the relation between the age of wine and its price, it also showed that, over the past century, wine was a healthy investment, at least in the financial sense.

The researchers estimated the annual financial return of Bordeaux wines spanning the years from the early 20th century until 2012 at 5.3% (in real terms), which is more lucrative than government bonds, stamps, or art. Wine needs to be stored in proper conditions and insured, but even adjusting for the cost of insurance and storage, the financial returns were still a solid 4.1%. Interestingly, they found that wine delivered next to no returns in the first half of the 20th century, but picked up afterwards.

Also, prices typically sagged with recessions; for example, prices fell during the oil crises of the late 1970s, and again in the early 1990s, reflecting the macro-economic situation, and consequent demand for luxury consumption. “It's complex,” admits Christophe Spaenjers. “On the one hand, investors losing money on the stock market are less willing to pay for wine, or art, but on the other hand they might also seek alternative investments.” Globalization and the growth of income inequality have boosted demand for wine, particularly for Bordeaux.

Specialized funds typically invest in French wine, 80% or more in the top eight Bordeaux châteaux, according to Christophe Spaenjers. He also says that demand from Chinese investors and collectors has driven up the prices of Bordeaux incredibly in recent years. The return on investment alone is not enough to explain the level of enthusiasm of these investors. One must also take into account not only the profits expected from the sale of a luxury wine cellar, but also the pleasure that proud owners take in being able to say to others, “Let me show you my collection of Lafite-Rothschild.” After all, what could be a better status symbol than that?

A key contribution of this piece of research is the unique historical database on wine prices, the lack of which has so far been a major hurdle to the progress of literature on wine investments, as well as the model describing the pattern of prices for wine depending on age, which indicates of how wine moves. “It gives a good sense of the average premium that investors gained,” says Christophe Spaenjers. While the model is not exactly predictive, the researcher says that if he had to give a figure, he would expect wine to continue to deliver returns around 4%. “Taste changes matter less than in art: Bordeaux wine has been popular for a long time and should continue to be,” he says.

The researchers worked from a database of 36,271 prices for five high-end Bordeaux wines – the so-called “First Growths” of Haut-Brion, Lafite-Rothschild, Latour, Margaux, and Mouton-Rothschild – between 1899 and 2012. They collected information from catalogues and price lists for sales of standard-size bottles realized at Christie’s auctioneers in London and at London-based wine merchant Berry Bros. They then looked at price patterns over the life cycles of the wines and the total returns realized by investors over the sample period.
Based on an interview with Christophe Spaenjers and on his article, "The Price of Wine", co-written with E. Dimson and P. Rouseau.
Related topics:
Finance
Download & Print
Share
FACEBOOK
TWITTER
LINKEDIN
EMAIL