Nobel Prize in Economics: What Impact on Research and Society?

The 2020 Nobel Prize in Economics recognized Paul Milgrom and Robert Wilson of Stanford University for their research on auctions. In this interview, Jean-Edouard Colliard, Associate Professor of Finance at HEC Paris and author of "Les Prix Nobel d’Economie", explains their research, and its role in the economy, society, and the perception of economists. 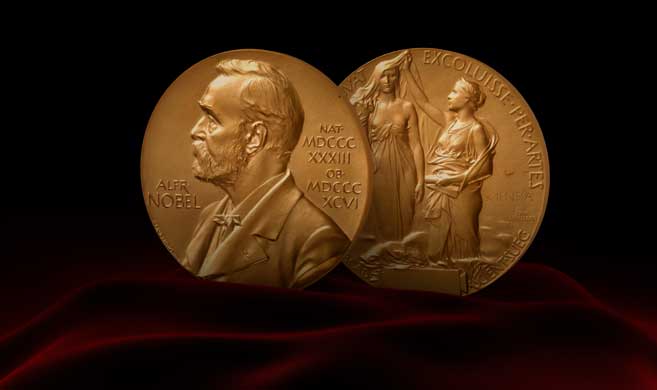 Knowledge: Can you explain the challenges of auctions and key findings in auction theory?

Jean-Edouard Colliard: The economics of auctions have already been recognized by the Nobel Committee. William Vickrey, one of the fathers of auction theory, received the Nobel Prize in 1996 for developing methods to analyze problems of asymmetric information. The problems analyzed by Vickrey are a good starting point to understand the contribution of Milgrom and Wilson to auction theory.

The auctions analyzed by Vickrey are called “private value” auctions. For example, several companies that are competing to win a contract must quote the price for which they are willing to provide a good or service. The company that quotes the lowest price wins the contract. What matters to each company is the price at which it wins the contract, the cost it would have to pay in order to fulfill the contract, but not the costs that would be incurred by its competitors. Each bidder has a “private” value for winning the contract, different from the other bidders. Many auctions do not satisfy this property.

Imagine a stock market battle where we have several potential buyers who all want to acquire the same target. One bidder is willing to pay say 900 million euros to acquire a business and another one is only bidding 700 million. The first bidder will win this auction. Is he happy? Not necessarily, because he wins an auction where the second bidder was willing to bid only 700 million. Did the second bidder know that there was a problem with this business, and that it was not worth 900 million? This is an example of an auction in which the fact that other bidders were not willing to bid a lot gives a bad signal on the value of the good which one seeks to acquire.

It is a much more complicated economic situation, called a "common value" auction. The innovation of Wilson and Milgrom is to help us understand this type of auction.

Wilson first understood the so-called winner's curse effect. Winning an auction may ultimately be a sign that other bidders weren't willing to bid much, meaning that the good the winner acquired might not be so valuable.

Once you understand this problem, the question is: How to bid and win an auction without paying too high an amount? Wilson developed calculation tools to understand how to behave in this type of auction.

Then Milgrom analyzed the general case of auctions, where we have both common and private values; solved for the equilibrium of this class of games, and looked at how players’ behavior depends on what is called the auction format. For example, one could imagine an auction in which bidders have to put their bid in a sealed envelope, which is opened after the auction.

There are other auction formats like the English auction where you can raise your hand and give a price. The other bidders can see that you raised your hand, and can react by giving another price. The auction stops when no one wants to bid higher.

Milgrom understood that these auction formats are very different: in the English auction we see what the others are ready to bid, in the sealed-bid auction we don’t.

In the English auction, I can name my price knowing what others have bid so far, so that the winner's curse is less of a problem. In the example above, if the second bidder is not ready to bid more than 700 million, then with an English auction the first bidder will realize this and will not have to bid until 900 million. Because they fear the winner’s curse less, bidders are willing to bid on average more than if the bids are hidden, and hence the seller gets a higher income. So these auctions are generally more efficient and better for the seller.

The deeper theoretical result on this is that in an auction, the more information one can reveal to the bidders, the less they will fear falling victim to the winner's curse. Then the more they will tend to bid large amounts, and therefore the better the outcome for the seller.

This is a general result called the linkage principle, which was a landmark result in the history of auction theory.

Then we may wonder: we are not only going to study auction formats that have existed for centuries; why not invent new formats which will be even more efficient?

Both Milgrom and Wilson have developed new auction formats, particularly for complicated situations where you can bid on several goods at the same time, or where you can get several shares of the same good. This is the more applied part of their work.

Knowledge: Google, 5G… What is the impact of this research on society?

JEC: The research of Milgrom and Wilson is a good example of fundamental research in microeconomics that has had an important although not widely known impact on society. For academics, their work has provided a lot of insight on pricing mechanisms in general and therefore also on all markets. For society, the development of new auction formats has fundamentally changed the way some goods are allocated.

Indeed, today we auction a large quantity of goods and services for which it would not have been possible to use auctions in the past, by lack of an appropriate auction format. For example, every time you see an advertisement on Google after typing keywords, the advertisements that are displayed depend on an auction that is automatically run by Google, with different advertisers as bidders. The auction is complicated because advertisers are interested in certain keywords only, and in particular in combinations of keywords, hence the auction format needs to allow for such combinations. The auction format used owes a lot to the work of Milgrom and Wilson.

Liberalization of the electricity market in the United States

Two other important examples of the impact of this research on society are the electricity market in the United States and 5G.

5G: When spectrum auctions bring in 20 billion dollars to the US Treasury

Another example, which is topical, is the so-called "spectrum auctions" in the United States. These auctions appeared in the 1990s when the Federal Communications Commission started selling frequencies to various telephone operators.

The 2020 Nobel laureates worked directly on this application and helped develop a suitable auction format. In this precise case, the auctions brought in 20 billion dollars to the US Treasury in the 1990s, while the US Treasury expected it would obtain only 10.

So one could say that researchers saved the US Treasury $ 10 billion just by applying recent theoretical breakthroughs in microeconomics to come up with a new, more efficient auction format.

Knowledge: Which Nobel laureates have inspired you?

JEC: A lot of them, because the Nobel laureates tell a story of economics as a scientific field.

First, Milgron and Wilson themselves, because their research is extremely important in finance. In particular, it has led to the so-called Glosten-Milgrom model of financial markets, which has been very influential for my own research and for everyone else.

The Nobel laureates tell a story of economics as a scientific field.

George Akerlof also worked extensively on asymmetric information issues, close to the winner's curse. What struck me a lot as an economics student was his way of presenting microeconomics and the role of economic models like “fables”, with a moral that tells us something deep and fundamental about an economic situation.

Finally, I remember attending a talk by Peter Diamond who really left an impression on me. I had never heard someone talk about economic theory with such a clear vision of the entire field of economics.

Knowledge: What impact do the Nobel laureates have on research in economics?

JEC: It is important to recall that nowadays the Nobel committee rewards research which on average was done at least 30 years or even 40, 50, or 60 years ago. Hence, the Nobel laureates are economists who have already had a great impact on the field, and the award itself does little to further increase this impact. For example, giving auction theory a Nobel Prize today will not further develop auction theory. Rather, it is a recognition of the very significant impact of the field.

I think it's an award that can really have an impact on research when it rewards more controversial topics. For example, the award given to Daniel Kahneman in 2002, whose field of experimental psychology was at the time not recognized by the entire economic community, helped gain acceptance and use of such work. This recognition also has an impact on the students when they choose which field to focus on. However, as a general rule the Nobel Prize has more to do with historical recognition than with impact on research.

Knowledge: Financial crises, rich-poor gaps... What is the role of Nobel Prize winners in the perception of economists today?

JEC: For the general public it is often difficult to make a distinction between economics as an academic discipline and economists in the sense of economic advisers. This is not the same type of activity, and it’s not done by the same people. When the economy is doing poorly or when a financial crisis hits, academic economists are often blamed. I think this is misplaced. When a rocket explodes at launch, we may blame the engineers who built the rocket but not the physicists who studied the laws of physics that make the rocket possible.

In economics unfortunately, we use the same term "economist" for types of jobs, both the scientific part and the engineering and applications part.

Economist and economic advisor: two professions not to be mixed up.

Academic economists themselves maintain this confusion, as they are often more than happy to serve as advisors to various governmental bodies or private sector companies.

Nobel laureates in my opinion are purely scientific contributors, so they shouldn’t have to defend themselves from anything. They are not responsible for the financial crisis or the rich-poor or other spreads.

At the same time, we can see that over time the Nobel committee has been striving to show that research in economics is useful for a whole lot of things and therefore uses this prize partly to bolster the image of economics and economists.

This promotion or publicity of Economic research is very good for economics, except that it continues to maintain this confusion between economics, a scientific discipline, and the economy, a sphere of human activity.

Knowledge: Why this interest in Nobel laureates?

JEC: To tell the truth, I got interested in this subject a bit by chance when my wife and I were asked to write a book about it. And then I discovered it’s a good way to understand the history of economic thought.

This is an official story, indeed, but one that allows us to see how economists themselves write the history of their own field.

By better understanding how the Nobel Prize research was embodied, we also understand much better the sometimes somewhat hidden links between different subjects and types of research. For instance we discover these links not only in the succession of articles but also in teaching and supervision. Quite often a Nobel laureate was a PhD Student of another Nobel laureate.

And then we discover a succession of personalities who are often very interesting. 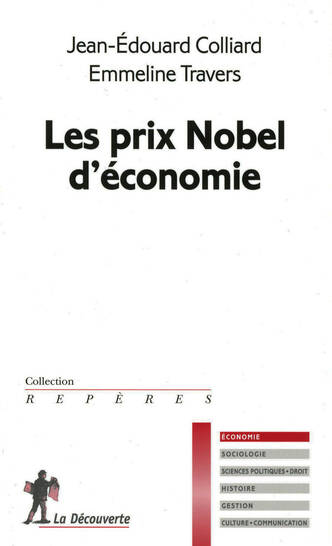