In a bid to make it easier for financial reports to be processed by computers, these must now be submitted to the U.S. Securities and Exchange Commission in a new language in addition to the traditional HTML format. In their recent study, Xitong Li, Hongwei Zhu and Luo Zuo explore how adopting the eXtensible Business Reporting Language (XBRL) is leading to more complex HTML-formatted financial reports. Instead of saving time and money, they find that submitting additional XBRL-formatted reports is costly to firms. 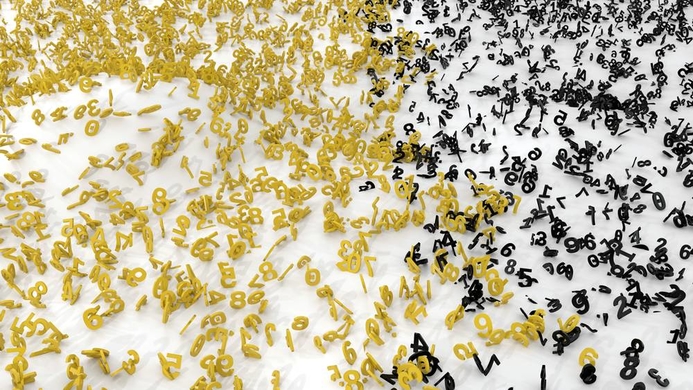 In 2009, the U.S. Securities and Exchange Commission began imposing a new financial regulation on public firms. After a three-year, three-step phase-in, all firms listed on U.S. stock exchanges must now submit their financial reports in not only HTML but also the newer eXtensible Business Reporting Language (XBRL). “Public firms are required to disclose their financial situation and make this information freely available,” Xitong Li explains. “Financial reports were traditionally submitted and stored in HTML format that can be opened on an internet browser and is easy for humans to read and understand.” The Securities and Exchange Commission adopted the new ‘language’ to adapt to the demands of an increasingly digital world: reports are now filed in a format that can be easily processed by computers, which are expected to be more accurate, faster and lower cost than their human counterparts.

Li and co-authors were concerned that this new regulation might affect the overall readability of HTML-formatted human-readable financial reports and wondered what the consequences of this might be. “Using XBRL means that information will be easier and cheaper to process,” he explains. “Firms might anticipate this and add more information to reports, making them longer, more complicated and in the end, they actually become harder to read.” If this scenario is the reality, Li suggests that the regulation could be acting contrary to its intended purpose. “Now, firms must file two reports instead of one, which is time consuming and costly,” he says. “Some think that this might mean individual reports are rushed and less carefully prepared, which also reduces their readability.”

The Securities and Exchange Commission adopted the new ‘language’ to adapt to the demands of an increasingly digital world.

In the years before the regulation was enacted, all firms would experience parallel trends in the readability of their reports, no matter their share value. In phase one of the regulations’ introduction that began in 2009, firms with share value in excess of $5 billion were required to file their financial reports in both formats. In 2010, phase 2 was initiated and firms with share values between $5 billion and $700 million adopted XBRL. Phase 3 followed in 2011 whereby all remaining firms had to adopt both report formats. “We compared the readability of reports from the high value phase 1 group of firms before and after the regulation was implemented, between 2008 and 2009, with those of firms from phase 2, who were only required to submit financial reports in HTML format in those years,” Li explains.

The team noticed a dramatic reduction in readability of HTML-formatted reports between 2008 to 2009 for the high share value firms that were submitting in both HTML and XBRL formats. This was not seen with the firms who were not yet required to write reports in XBRL. “We used a tried-and-tested DID design method of analysis to conclude that this increased complexity and decreased readability of the financial reports is due to the new regulation,” Li concludes. “The regulation has unintended and undesirable side-effects.” Li is also quick to mention that the timing of the introduction of this regulation coincided with a period of financial crisis: “The study was carried out to control for the impact of the crisis. Even when this is factored in we still see that the regulation increases the complexity of the financial reports.”

HTML-formatted financial reports are relatively easy for humans to read and so are still in use by most analysts and investors even after the introduction of XBRL. These findings are not good news for the U.S. Securities and Exchange Commission, who implemented the regulation with the purpose of improving access to information. At present, reports are not produced, processed and exported by computers alone, and human manual intervention makes the process unintentionally messy. With less readable reports, firms will receive less attention from the public and investors, who cannot easily understand the figures. Li warns of the financial impact this could have on firms: “When an investor cannot read a firm’s financial report, they won’t understand its financial situation and will be less likely to invest in their stock.”

“Firms, investors and the Securities and Exchange Commission need to realise that this policy has unintended and undesired effects that make financial reports more complex and harder to read,” stresses Li. “They need to create mitigating strategies.” He proposes that firms should dedicate more resources to preparing financial reports, both in HTML and XBRL. He adds, “Investors should not rely on the HTML version of the report being understandable and might have to pay more attention to other channels a firm uses to disclose financial information, such as social media.” He concludes, “This will affect smaller business most as they do not have the resources and analysing power to give enough attention to the XBRL report.”

Li, Zhu and Zuo used a difference in differences (DID) method of analysis to examine and compare the readability of firms’ financial reports in 2008 and 2009. Prior to 2009, the U.S. Securities and Exchange Commission required that financial reports only be submitted in HTML format, but after this date regulation mandated that public firms submit their reports written in both HTML and the eXtensible Business Reporting Language (XBRL). In 2009, phase one of implementation had begun and firms with share value of over $5 billion submitted reports in both formats. Smaller firms were required to adopt XBRL a later year. Li and co-authors’ analysis uncovered a dramatic reduction in the readability of the HTML-formatted human-readable reports of firms with share value over $5 billion in 2009, compared to those that were still only required to submit HTML versions in that year. The team attributed this reduced readability and increased complexity to the XBRL adoption imposed by the new U.S. Securities and Exchange Commission regulation.
Based on an interview with Xitong Li and his working paper “The Impact of XBRL Mandate on Readability of HTML-formatted Financial Reports”, co-authored with Hongwei Zhu and Luo Zuo.
Related topics:
Information Systems
Operations Management
Finance
Data Science
Download & Print
Share
FACEBOOK
TWITTER
LINKEDIN
EMAIL