Why Student Debt Relief May Fall Short of Its Good Intentions

As the U.S. staggers beneath the weight of its education debt – a crushing $1.6 trillion in 2020 – there are increasing calls for loan forgiveness. But debt forgiveness plans need to be crafted carefully or they might actually disproportionately favor high-income individuals or specific ethnic groups. A duo of Finance researchers, Sylvain Catherine of Wharton School and Constantine Yannelis of Chicago Booth School of Business, explains how to tailor such policies to better redistribute their benefits. Sylvain Catherine is a HEC Paris PhD alumnus. 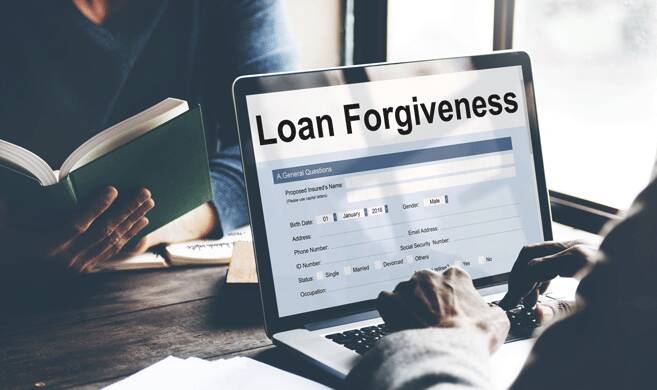 Crushing student debt is almost a fact of life in the U.S., where the cost of education routinely runs in the tens of thousands of dollars. While investing in a college education brings undeniable benefits, it also imposes a hefty burden on young (and even not-so-young) adults, potentially lessening their ability to buy a home, start a family or invest in a business. Not to mention that the staggering amount of student loan debt – an unprecedented $1.6 trillion in 2020 – possibly also holds back economic growth.

And the figure is rising, as are calls to alleviate the burden of debt.

At a time when many individuals, especially those with low to moderate income, are struggling during a pandemic-induced recession, student loan forgiveness is viewed as both fair to individuals and important for economic vitality. But do good intentions actually translate into financial benefits for borrowers?

Not all debt plans are created equal

A duo of researchers examined the financial situation of indebted households under various debt-relief policies – universal or capped forgiveness, and income-driven plans, targeted to specific borrowers. The researchers, Sylvain Catherine of Wharton University (formerly Ph.D. student at HEC Paris) and Constantine Yannelis of Chicago Booth, carried out their analysis by looking beyond student loan balances (what’s left to repay – the variable usually examined), because they felt it wasn’t truly representative of the weight of loans on individuals’ budgets.

“Instead, we compute present values based on what people are actually repaying, which depends very much on their earnings,” Sylvain Catherine told Knowledge@Wharton.

Their conclusion? Not all plans are created equal. They have different distributional effects. In other terms, their costs and benefits are not evenly redistributed among various population groups – which may challenge some proponents’ view of fairness.

Many progressives have been demanding universal debt forgiveness – i.e., (more or less) wiping the slate clean for everyone after a certain number of years, regardless of an individual’s financial situation. Such plans may be capped, discharging only a certain amount. In essence, they disproportionately favor those with higher incomes.

Specifically, under a universal loan forgiveness policy, in present value terms, individuals among the highest 10 percent of earners would receive $6,267 in forgiveness, while those in the bottom 10 percent would receive $1,276 in forgiveness. In a way, it is hardly surprising that plans are (almost by default) geared toward higher earners: Many holders of high loan balances completed graduate and professional degrees, and thus earn higher incomes.

The benefits of student loan forgiveness are unevenly distributed also by race and ethnicity, the researchers found. The average loan balances are highest among blacks, at $10,630, while those for whites are $6,157 and for Hispanics and others $3,996. After adjusting for the present value of those loans, universal loan forgiveness would lead to roughly equal average benefits for whites and blacks, but would yield significantly lower average benefits for Hispanics and other groups.

In contrast, an existing loan forgiveness plan known as Income-Driven Repayment (IDR) links payment to income and forgives remaining debt after a fixed time, often 20 or 25 years. Under current IDR plans, borrowers pay 10 or 15 percent of their “discretionary income,” the part of their earnings above 150 percent of the poverty line.

The researchers devised a scenario in which they expanded the existing IDR plan and found that it was more progressive than universal forgiveness plans.

The researchers found that the Income-Driven Repayment was more progressive than universal forgiveness plans.

“Expanding the generosity of income-driven repayment plans, or enrolling more people in these plans, leads to the benefits of forgiveness going to the lower middle and the middle class, rather than the top percentiles of income distribution,” Yannelis told the Wharton site.

Individuals in the bottom half of the earnings distribution would receive three-fifths of dollars forgiven, and borrowers in the top 30 percent would receive one-fifth. In terms of the racial and ethnic effects, forgiveness amounts are twice as high for blacks relative to whites and the general population. Hispanics and others see lower loan forgiveness amounts relative to other groups, however.

For policymakers, these findings embody a timely contribution as they review plans to apply resources to the pressing question of debt. Indeed, the vast majority of student debt in the U.S. is directly disbursed or guaranteed by the federal government.

Policymakers must be careful in shaping policies to deal with student loans “because they might sound progressive on paper, but they are very regressive,” Catherine noted.

Of course, so-called distributional effects are not the only factor driving the debate, and such issues as how student loans impact career choices, hinder entrepreneurship or whether debt relief has macroeconomic consequences also must be considered.

Sylvain Catherine was a Ph.D student at HEC Paris and is now an economist and an assistant professor of finance at the Wharton School of the...