The Future of Netflix in the Face of a New Competition

Disney is going live in the US. Time Warner, one of the biggest Hollywood studios, is launching HBO Max. Netflix faces a new competition with other video streaming platforms such as YouTube, Amazon, Apple... Can Netflix survive to this? If so, how? We interviewed Ankur Chavda, Assistant Professor freshly arrived at the Strategy and Business Policy Department of HEC Paris, to comment Netflix’s strategy to ensure its success in the face of this new competition. Ankur Chavda’s recent research uses Netflix’s success to explain how incentives can trigger innovation within firms. 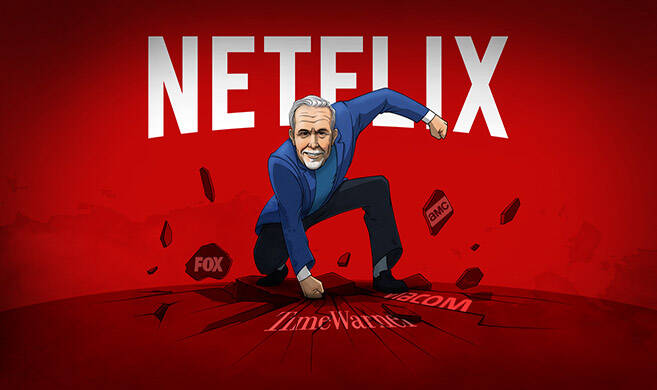 What has changed for Netflix?

Netflix’s strategy could be simplified to acquiring the most content, giving them the most subscribers, preventing competitors from funding their own content, ensuring Netflix continues to have the most content. Up until now investors expected that at some point Netflix’s content advantage would be so great that no new entrant could build their own content library and win over Netflix’s customers. Once subscriber growth saturated, Netflix could cut content spend and have the pricing power to indefinitely profit from subscription fees.

There is greater investor uncertainty on whether Netflix’s rosy, profitable future will materialize.

What has changed about this expectation is the serious investments incumbent US networks are making in subscription offerings. There is greater investor uncertainty on whether Netflix’s rosy, profitable future will materialize.

What challenges will Netflix’s competitors face?

Competitors will have to surmount either the challenge of attracting an existing Netflix customer or a consumer that does not have streaming service yet. For existing Netflix customers, the incremental value of an additional subscription needs to be justified which may be difficult since Netflix already is providing those customers with a lot of content. Consumers without an existing streaming service require an offering that is better than what Netflix currently provides since Netflix has not been able to convert them to a customer yet.

A service like Apple TV+ that bundles a streaming service into another product can effectively increase a customer’s willingness to pay for over each separate product, helping the service acquire customers. However, building out a streaming service is expensive and it’s not clear the resulting incremental customer revenue will justify the cost.

Disney+ may be differentiated enough from the content already on Netflix to justify another subscription from a current Netflix customer or convince a customer without a streaming service to sign up for one. This is not necessarily bad for Netflix; the market may end up supporting multiple profitable streaming providers. The issue for Disney is whether Disney+ will be able to monetize Disney’s content better than Netflix can. Otherwise the company as a whole would be better off abandoning Disney+ and licensing the content to Netflix instead. Disney+ simply becomes an outside option that improves the licensing terms to Disney’s favor rather than a true competitor to Netflix.

What is Netflix’s biggest threat?

Perhaps YouTube, which pays no content development cost and is free to consumers. It’s easy for Netflix subscribers to also watch YouTube, unlike a competitor that charges an additional subscription fee.

It’s easy for Netflix subscribers to also watch YouTube, unlike a competitor that charges an additional subscription fee.

I’m not sure Netflix has a strategy that will be successful against YouTube. Lowering prices to compete may stop customers from defecting to watch only YouTube but will negatively impact overall profitability. Keeping prices high keeps an audience watching exclusively YouTube, normalizing not paying a subscription for content.

Perhaps this is why Netflix looks the other way when it comes to password sharing. Microsoft had a similar problem with Windows: cracking down on Windows pirating would only increase Linux adoption. And once a customer is on Linux it’s hard to convert them back. Netflix must officially discourage password sharing to keep customers paying for their service but unofficially ignore it to keep YouTube in check.

What does Netflix’s success mean for French firms like Canal+?

Netflix is an opportunity to a firm like Canal+ in that more than the traditional US networks, Netflix recognizes the value of distributing culturally French content worldwide. Netflix can increase Canal+’s international content revenue which would benefit everyone involved content production in France, from craftspeople to actors. But Netflix could also become a threat to Canal+ if it starts funding French content independently of Canal+. If French consumers can access high quality French content without Canal+, Canal+’s pricing power would be reduced. Canal+ needs a strategy to maintains its dominant position in French content.

Ankur Chavda researches the incentives for innovation within firms. Part of his research is using Netflix's entry as a shock to television show...