Jean-Noël Barrot is an associate professor at HEC Paris and member of parliament for Yvelines in France’s National Assembly, combining his political work with his research in finance. On June 29, he submitted a report to the government in which he detailed proposals to help France recover from the COVID-19 pandemic. In this interview, Jean-Noël Barrot explains how he manages to combine his research and his role in parliament in an effective way. 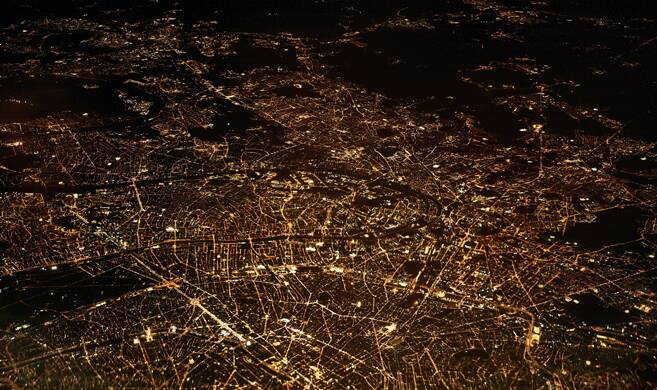 listen to the podcast in french:

Jean-Noël Barrot: At each stage of my term of office as a member of parliament, I have made use of the expertise I have developed first as a Ph.D. student at HEC, then as a professor at MIT, then back at HEC as a professor. I've tried to guide some of my decisions in light of my academic research into economic and financial issues, topics that I have specialized in quite naturally. At HEC, we have probably one of the best financial economics departments in Europe, so simply discussing things with my colleagues has allowed me to shed light on certain decisions I have had to make.

Knowledge@HEC: Can you explain to us how you build bridges between your research and political work?

JNB: In 2017, I started to really get involved in enhancing the evaluation of public policy in Parliament. In the HEC finance department, I am one of several researchers working in empirical economics, that is, analyzing data, either to test models or evaluate public policies. This has allowed me to undertake research to measure the efficiency of public policy. What I hope is that, when possible, we base ourselves on the results of academic research.

K: Can you provide examples of public policies based on the results of your research?

JNB: Two examples come to mind. The first was a 2006 law that reduced payment terms by half for transport of goods. By comparing the situation for companies in the sector in question to that of companies in comparable sectors (with the same clients and suppliers) who were not subject to this reform, I was able to demonstrate the impact of reducing payment periods on the financial health and therefore (guaranteeing the) survival of small, young companies in this sector.

I also worked with Boris Vallée, Julien Sauvagnat and Thorsten Martin - who have all spent time at HEC at one point during their career -, to evaluate another reform. Specifically, the government-guaranteed loan program during the 2008 recession and its effects on people's careers. We were able to show that this reform had a very significant effect on employment, and our evaluation was used by the government to create the guaranteed loan mechanism for the pandemic we're experiencing now. The mechanism is 50 times bigger than what we designed in 2008, but the principle is the same.

What I hope is that, when possible, we base our public decisions on the results of academic research.

Another way I have tried to build bridges between the world of public decision-making and the academic world is by organizing two editions of a day-long symposium at the National Assembly, which we called “Evaluation Encounters”. During these events, academics presented research with applications for policy decision-making, which were discussed by the members of parliament during poster sessions, i.e. presentations of summary posters like at academic conferences.

There was also a speed-meeting session organized as part of the “Evaluation Encounters”. This involved meetings between academics specialized in a subject and members of parliament that are particularly invested in the subject, allowing them to create connections and consult each other later. The ultimate goal is to develop a shared language to improve or enrich decisions.

K: Does it work the other way round? In other words, how does your political experience feed your research?

JNB: Firstly, it's always useful to understand how decisions are made in order to evaluate them more effectively. To measure the impact of a reform, we compare how certain companies or households are affected by a reform with others that are not involved. We can also evaluate existing economic models and how accurate they are in this way.

In economics and social sciences, we often perform this kind of comparison between two groups, like in a medical trial. We compare a group affected by a reform (the treatment group) with one that is not (the control group). The quality of the group that is studied depends on our ability to identify shocks that are exogenous, i.e. that almost randomly affect a certain part of the population and not others.

As researchers, our ability to demonstrate that a shock is almost random depends on our understanding of the way in which decisions are made. Closely observing decisions, on the ground, particularly during this stimulus period in which the government is intervening in the economy on a huge scale, is obviously very enriching for my future research, as well as to evaluate decisions that have been made.

Furthermore, the government's wide-reaching economic intervention, whether in terms of restrictions or financial support, calls for both evaluations and research. This is actually my new subject of study, in collaboration with researchers Julien Sauvagnat and Basile Grassi from Bocconi University, and HEC Ph.D. student Maxime Bonelli. We have written two research articles, one measuring the amplification effects of administrative closures in production chains (publication pending) and the other investigating the costs and benefits of closing non-essential businesses in the United States(1). The latter has had significant press coverage, as it estimates the economic cost per life saved thanks to restriction measures.

I think we will have a lot to evaluate to gain a better understanding of how companies and economic agents react when faced with an economic shock on this scale, specifically using the government's measures as real-life experiments.