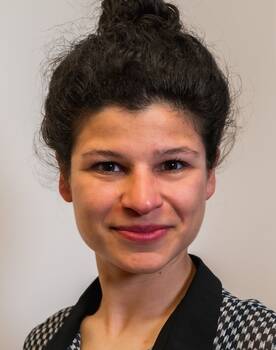 HEC is a great place to pursue a PhD. The most exceptional aspect is the time and effort that faculty members devote to PhD students.

Can you talk about your research?

My research investigates the interplay between government intervention and corporate financial and real behavior. For instance, I have studied how the mode of financing of government expenditures affects firms: I have shown that local governments’ increased reliance on debt to finance their expenditures adversely affects the private sector via a crowding out effect. I have also investigated the rationale for government intervention in the corporate sector and the consequences on firm behavior. I have approached this question by studying a specific class of public policies: those aimed at fostering firms’ access to finance. Namely, I analyzed a credit mediation program aiming at solving disputes between firms and their bank creditors. Finally, I have looked at the political factors affecting the interactions between governments and private sector agents. I have for instance documented a reciprocal favor scheme between local politicians and private banks in France.

Why this research? I have always been interested in better understanding how the size and scope of government affect society and the economy. Economics provides a number of powerful concepts and methodologies that are useful to apprehend this question, and that complement well what we can learn from other social sciences. In addition, this type of research typically provides direct policy implications; and it is important to me to feel that my research is not only relevant from and intellectual and academic perspective, but also can have useful practical implications.

How was your HEC journey?

HEC Paris is a great place to pursue a PhD. If I had to pick one reason why I joined this program, I would say that the most exceptional aspect is the time and effort that faculty members devote to PhD students. I am immensely indebted to my advisors, the finance faculty as a whole, and the HEC institution more broadly for conducing such a supportive research environment.

This three-chapter thesis investigates the interplay between government intervention and corporate financial and real behavior. The first chapter investigates how the financing of government expenditures affects corporate outcomes. I show that local governments’ increased reliance on debt to finance their expenditures adversely affects the private sector via a crowding out effect. In large developed and developing countries, local government debt mostly consists of bank loans. Using French administrative data over 2006-2018, I uncover a crowding out effect of these loans on corporate credit, investment, employment, and output. Combining causal reduced-form evidence and a model, I show that crowding out reduces the output multiplier of debt-financed local government spending by 0.3. These results show that constraints on financing supply reduce the stimulus effect of debt-financed government spending. The second chapter focuses on government intervention in the corporate sector. This chapter is in collaboration with Aymeric Bellon (Wharton) and Louis-Marie Harpedanne (Banque de France). We investigate the French credit mediation program, a policy aimed at helping firms solve their disputes with their lenders. In a mediation, an expert suggests a non-legally binding solution after communicating with all parties. Can a policy that only facilitates negotiation have any real effect? Exploiting administrative data and plausibly exogenous variation in eligibility to public mediators across counties for identification, we find that participating in a mediation reduces firms’ liquidation probability by 34.6 percentage points, and leads to higher credit, employment, and investment at the three-year horizon. All the effects are driven by firms that borrow from more than one bank. These results support the view that mediations solve coordination problems between lenders. In the last chapter, I study how the political economy distortions inherent to governments affect firms. This chapter is in collaboration with Anne-Laure Delatte (Université Paris Dauphine) and Adrien Matray (Princeton). We document a reciprocal favors scheme between local politicians and banks in France. We find that formally independent, profit-maximizing banks increase their supply of credit to the corporate sector for the constituencies of contested political incumbents in order to improve their reelection prospects. In return, politicians grant such banks access to the profitable market for loans to local public entities among their constituencies. These results show that, if politicians can control the allocation of rents, then formal independence does not ensure the private sector's effective independence from politically motivated distortions.

Noémie was also selected to participate in the REStud North American Tour 2022 where she presented the same paper.