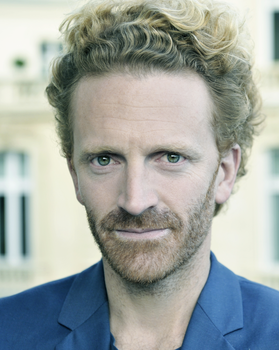 PriceMinister.com was founded in Paris in 2000 by Pierre Kosciusko-Morizet as an online platform where users can buy and sell products. The company doesn’t directly control stocks but only serves as a trustworthy intermediary between the buyer and the seller, making sure the product is delivered properly and the seller is compensated. PriceMinister.com is the most visited e-commerce website in France at the time of its acquisition by the Rakuten Group in 2010.

How did you discover entrepreneurship?

Pierre Kosciusko-Morizet: I wasn’t born into a family of entrepreneurs. I wasn’t raised to be one. I first discovered entrepreneurship during my third year at HEC Paris. I did two internships during that year. I went to Vietnam for my second internship to work for a company called Aden—founded by French entrepreneur Joachim Poylo in 1997. It was a small firm back then but now has 25,000 employees. I was soon tasked with opening the company’s subsidiary in North Vietnam and ended up leading a team of 130 people. I was 21 years old and it was my first entrepreneurial experience of building a unit from scratch. I had a great time.

After returning to France, I started a retail consulting company called Visualis that didn’t go as well as planned. I then went to the US to work for a year before returning to France again to start PriceMinister.com with Pierre Krings.

Why did you choose to be an entrepreneur and not something else?

PKM: The first internship I did during my third year was for a large group. I did enjoy working for them but somewhere deep inside I felt my presence wasn’t essential to the company. The company could easily get along without me. I am a hardworking person but I need to fully understand what I am doing and see the value in it before I can give 100%. As an entrepreneur, I am free to do stuff that I actually understand and use my time effectively.

How has HEC contributed to your success?

PKM: I did the Entrepreneurs program at HEC and what I liked most about it was that you actually had entrepreneurs coming to the campus and telling us their stories and coaching us. They not only loved their work but also their lives in general. I always felt like my family worked too hard and didn’t enjoy enough. When I saw these entrepreneurs I realized that even though starting a business is a lot of work, you enjoy what you do. That was important to me.

What are you currently working on?

PKM: We sold PriceMinister.com to the Rakuten Group in 2010. Then, in 2014, I decided it was time to leave. Initially I thought about starting a new business but didn’t want to dedicate all of my time to one project. So, I became an investor. I Invest principally through two channels: ISAI to finance tech companies and Kernel Investments for investments in general. I enjoy my life as an investor. I do not spend all my time on one project and have a better work-life balance.

Beware of advice! You’ll learn as you go. Try to learn from your failures and keep going.

What advice would you give to new entrepreneurs?

PKM: My advice is: beware of advice! You’ll learn as you go. Try to learn from your failures and keep going. It’s important to be aware of what you want in life. Partner with those who share your vision and your ambitions. It’s more efficient and fun to work in a team than all alone.