Time and money are two valuable and scarce resources that individuals try to manage optimally in their everyday decisions. Despite the old saying that “time is money,” important differences distinguish the two attributes. To be more specific, it turns out that people seem not to manage their time like they manage their money! 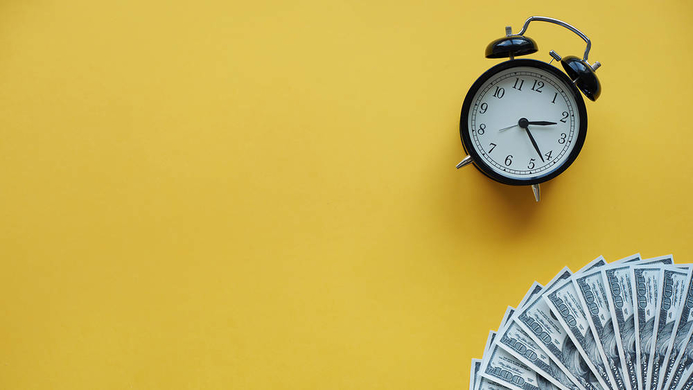 Most empirical studies in decision science focus on choices involving money. In contrast, important everyday decisions can also involve non-monetary attributes, such as time. Examples include choosing the best route when traveling, deciding whether to work or relax during a weekend, or expediting or postponing a time-consuming task. Classical economic models usually convert consequences measured in time units into their monetary equivalents, hence assuming that “time is money”. The assumption that people manage their time like their money has however not yet been investigated empirically within the framework of rational choice models. In a series of experiments, Mohammed Abdellaoui, Emmanuel Kemel and Cedric Gutierrez set out to do exactly that, observing how people make decisions involving gains and losses of time and how these choices differ from those involving money. Their results reveal that, at least in the laboratory, subjects take radically different decisions when time is involved as compared to money.

The difficulty of evaluating time

Despite the old saying that “time is money,” several important differences distinguish the two attributes. The main one is probably fungibility: unlike money, time cannot be stored nor saved, and the value of time is highly context dependent. While a loss of money can be compensated by a gain of money, the same is often not true for time. For example, during a leisure week-end in Venice, an unexpectedly high taxi bill has a different impact than losing several hours stuck in a traffic jam. While the loss of money can be compensated later, time lost in Venice cannot be compensated by extra free time when back home. Furthermore, contrarily to money, the value of time is not necessarily monotonic. Having more money is always better, but the pleasure of time dedicated to an enjoyable activity can decrease at some point. Enjoying a 2 hours movie does not mean that you would have preferred it to last 3 hours. Given these characteristics, the perception of time can give rise to paradoxical behavior. Past research has highlighted that people tend to systematically under-estimate the duration of past episodes (duration neglect), or the time needed to complete a given task (planning fallacy). Misperception of time can also lead to inconsistent behavior when people and organizations decide about the future (dynamic inconsistency).

Several aspects of decisions are systematically different between time and money. One of them regards risk-taking.

In a recent series of laboratory experiments, Mohammed Abdellaoui, Emmanuel Kemel and Cedric Gutierrez studied how people make choices when possible consequences are expressed in terms of gains and losses of time. Since the value of time can vary largely with the context, one of the challenges of the project was to design a standardized definition of time. This was achieved by the construction of concrete scenarios. In a first experiment, the time considered was the number of minutes that subjects spent in the experiment. Losses and gains of time were defined as the possibility to respectively increase or decrease the duration of the experiment (up to 1 hour) so that subjects could have to spend more or less time in the laboratory. Time thus referred to the same context for all subjects and the gains and losses of time could be implemented for real (i.e. subjects could really leave the experiment earlier than expected, or spend more time than expected on the experiment.) In another experiment, the scenario consisted of a job contract of two sessions of 4 hours each, at a sooner and a later period, for a given salary. Choices involved variations of working time. For instance, the experimenters observed whether subjects preferred to enjoy a 1-hour reduction of working time at a sooner or later period. The experiments also involved similar choices with monetary consequences that were used as a baseline treatment (or benchmark).

Observing how people decide about time versus money

Results show that several aspects of decisions are systematically different between time and money. One of them regards risk-taking. Subjects take fewer risks when deciding about losses of time than when deciding about losses of money. This may be because losses of time are harder to compensate than losses of money. Another striking difference regards how people perceive futures losses of time as compared to future losses of money. For money, rationality recommends delaying losses as far as possible in the future. In regards to time however, most subjects are indifferent to postponing time losses. A sizable share of subjects even exhibits a preference for expediting such losses. While it stands in opposition to financial rationality, such behavior is consistent with the popular wisdom: “never put off till tomorrow what you can do today.” As for money, subjects take different decisions whether consequences are framed in terms of gains or losses. This so-called “framing effect” has been largely documented for monetary choices, and is often used in marketing or public policy as a way to influence decisions. The researchers observed that asymmetries between gains and losses at the origin of the framing effect are more pronounced for time than for money. This suggests that framing can be an efficient tool to influence the way people manage their time.

The results offer a better understanding of how people manage their time. In particular, they highlight particular choice patterns  that can be specific to such decisions. For instance, this research shows a large heterogeneity in choices involving time, suggesting that managers can expect a large diversity of behavior in the way people organize their time. It also shows that people are more vulnerable to decision biases, such as procrastination, when choices involve time. These findings can be used to develop management strategies that aim at improving time management in decision-making situations.

Time plays an important role in several fields of economics, such as labor or transportation. Empirical research describing how people behave in decisions involving time can be used to develop models with better descriptive power. It can also be used to develop policy evaluation tools that account better for how people perceive gains and losses of time.

Choice observations were collected through individual computer-assisted interviews.&nbsp;Based on rational self-interest, experimental economists and many behavioral scientists believe that allowing subjects to face their choices at the end of the experiment warrants elicitation of their true economic behavior. The investigation on time and money followed this strategy. Hence, when time was involved, subjects could face real losses/gains of time.
Based on "Eliciting Prospect Theory When Consequences Are Measured in Time Units: ‘Time Is Not Money," by Mohammed Abdellaoui and Emmanuel Kemel (Management Science, 2014) and Cédric Gutierrez-Moreno’s research thesis.
Related topics:
Decision Sciences
Download & Print
Share
FACEBOOK
TWITTER
LINKEDIN
EMAIL

Emmanuel Kemel is CNRS Research Professor in the Economics and Decision Sciences Department at HEC Paris, and member of the GREGHEC laboratory (CNRS...