A groundbreaking study looks at the positive and negative effects of "technostress creators" and shows how its impact is moderated by personality traits. Organizations can leverage insight about this relationship to help prevent job burnout and foster engagement. 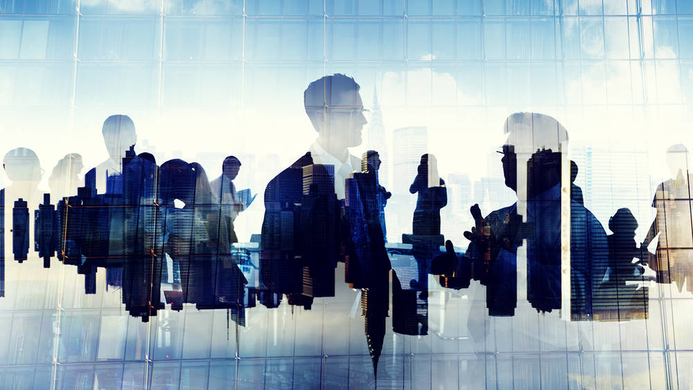 The use of social media, smartphones, and countless information and communication technology (ICT) tools in the workplace has bred a new type of stress: technostress. This refers to strain and pressure linked to technologies that force people to work longer and faster, to learn new skills and systems, and to deal with the shadow of obsolescence.

Up until now, research has highlighted the negative effects of technostress, but Shirish Srivastava and his co-researchers wondered about its positive side. "Everyone is using ICTs, so we realized that associated technostress can't be solely negative. We wanted to uncover its good qualities and business advantages."

In addition, the researchers were interested in the human factor. "Some individuals are more prone to stress than others. Our research is the first to explore how personality moderates the effects of technostress creators on job outcomes." Srivastava and his co-authors developed hypotheses about how the big five personality traits interact with technostress creators to foster either job burnout (negative effect) or job engagement (positive effect). They then tested their ideas on a sample of 152 senior management executives.

The effects of extraversion, openness and agreeableness on technostress sensitivity

"Companies have information on their employees' personalities," Srivastava points out. "They often use frameworks like The Big Five (see Research method) and the Meyer-Briggs (MBTI) in the recruitment process, but insight from such tests is subsequently underutilized." This study shows that a person's dominant personality trait is a decisive factor in whether he or she experiences technostress creators positively (job engagement) or negatively (job burnout).

For example, for people whose personalities are primarily open to experience or extraverted, we see that technostress creators can respectively generate greater job engagement and lesser burnout. "People who are highly open to experience are drawn to and curious about new things, so they perceive ICTs as interesting and exciting rather than threatening." Similarly, people who rate high on extraversion feel that ICTs improve their jobs by offering opportunities for more social interaction and discussion, which both keep job burnout at bay.

In contrast, agreeableness does not mix well with ICTs, and people with a high dose of this trait are unlikely to be assets in ICT-intense environments. Srivastava clarifies, "Everyone likes to be around friendly, helpful people who agree to requests and suggestions. But our study shows the combination of agreeableness and technostress creators to favor job burnout." In fact, these people have trouble saying 'no,' so they are unable to protect themselves from work overload. As far as Srivastava is concerned, the lesson here is straightforward: "Do not recruit or place 'agreeable' people in jobs involving a high degree of technostress creators!"

A person’s dominant personality trait is a decisive factor in determining sensitivity to technostress.

The effects of neuroticism and conscientiousness on technostress sensitivity

Surprisingly, Srivastava affirms that people with high neuroticism in their personality can be business assets. "A strong presence of this trait in a personality can reveal sharp thinkers." However, when technostress enters the picture, this type of person is likely to become less engaged in his or her job.

"These individuals are generally good innovators, and optimal amounts of technostress have been shown to drive innovation. But if the neuroticism trait is too pronounced, it overpowers the potentially positive impact of technostress, and at the end of the day, an inherently strong innovator may become disengaged and end up contributing less. What matters is the balance between technostress creators and a particular personality trait."

Study data did not support hypotheses about the positive impact of conscientiousness, a trait that implies persistence and responsibility. It was found to neither prevent job burnout nor boost engagement in jobs involving ICTs. Srivastava finds this unexpected result exciting: "Unsupported hypotheses are often far more thrilling than supported ones. Contradictions are constructive and intriguing; they make us go further and deeper.

The point of research is not just to ratify what we know or believe, but to figure out why results are what they are." In the case of conscientiousness, the stability implicit to this trait translates into a relative invulnerability to technostress creators. Conscientious people operate from within personal bubbles of commitment, accepting work overload and increased complexity as part of their jobs.

HR and business managers should considerably increase their focus on people's personalities when composing ad hoc workgroups or project teams. When you have equally qualified individuals, the best fit between a person and a more-or-less techno-stressful position is greatly influenced by his/her dominant personality traits. In addition, understanding how personality traits interact with technostress creators can enable more effective training and stress management initiatives.

"Training should be based on a combined understanding of a person's personality and the job profile. Personalities cannot be changed, but once understood, they can be dealt with and even leveraged to everyone's advantage. For instance, a targeted workshop can help a person who rates high on neuroticism learn to minimize its negative impact."

Because of their rigorous methodology and numerous control variables, the researchers are very confident in their results. Furthermore, some participants have already proven eager to apply the insight it offers to deal with critical business issues. "Our findings are important, because if company members are burnt out, they are not contributing to their organization. As for the job engagement that all companies strive for, we have shown that it is enhanceable. For people who are stimulated by ICTs, technostress creators can be positive, motivating drivers of engagement."

Everyone has many personality characteristics, but some traits are more prominent than others. Insight from personality tests can help managers in the following ways: 1/ Recruitment: Create a better fit between people and positions depending on how they are likely to respond to technostress creators. 2/ Project management: Allocate people to the right projects and build teams where personalities balance each other out. 3/ Training: Target training to particular cases, particular combinations of personality and technostress creators.