When will be the next financial crisis? Who is going to win the next US presidential elections? How do we create beliefs about such events? By understanding how probabilistic beliefs form, economic theorists can now explain and predict phenomena that depend on rational beliefs. Latest research by Rossella Argenziano and Itzhak Gilboa equips economic modeling with a theory and a set of tools of belief formation, based on statistics and psychology. Some of the immediate applications are the equilibrium selection in coordination games. 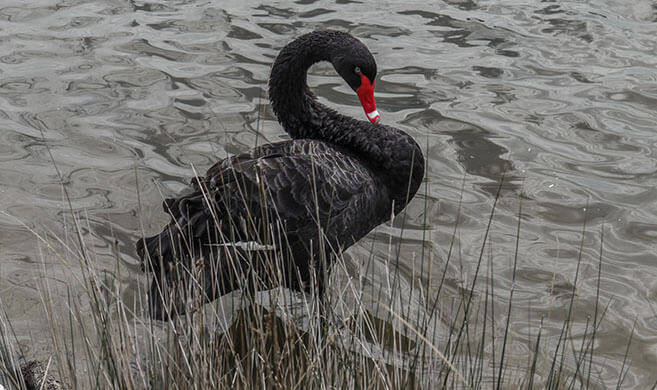 How can people predict future events? They create beliefs and probabilities based on the observation of similarities between past events and an ongoing event. Let’s understand this through the three cases of the Obama election, the fall of the Soviet bloc and the curbing inflation.

The election of Barack Obama triggered excitement and enthusiasm because a non-white became President of the United-States for the first time. Presidential elections are a rare event, and not two are exactly alike. This makes the use of statistics tricky: which past events should be included in one’s sample? How do we describe present and past events? In particular, is "race" an important feature? We claim that the precedent of Obama’s election didn’t only change the statistics – with one non-white president as opposed to zero – but also changed the way we do statistics: it showed that "race" was not an important variable in judging the similarity between events.

People, especially economists, can predict future events by creating beliefs and probabilities based on the observation of similarities between past events and an ongoing event.

2 - The fall of the Soviet bloc

The Soviet bloc started collapsing with Poland, which was the first country in the Warsaw Pact to break free from the rule of the USSR. Once this was allowed by the USSR, practically all its satellites in Eastern Europe underwent democratic revolutions, culminating in the fall of the Berlin Wall in 1989. The single precedent of Poland generated a "domino effect." This paper suggests a belief formation process that explains how a single precedent can have such a dramatic effect even in the absence of informational spillovers and strategic dependency among games.

Revolution attempts are typically modeled as coordination games*: the expected utility derived from taking part in an uprising increases in the probability of its success, which in turn increases in the number of participants. For a citizen trying to decide whether to join such an attempt, it is crucial to predict the outcome of the uprising. A natural piece of information to use for such a prediction is the outcome of past revolutions in similar contexts. We suggest that the importance of the successful revolution in Poland didn't lie only in changing the relative frequency of successful revolutions, but also in changing the notion of which past revolution attempts were similar to current ones, hence relevant to predict their outcomes.

Specifically, the case of Poland was the first revolution attempt after the "Glasnost" policy was declared and implemented by the USSR. Pre-Glasnost attempts in Hungary in 1956 and in Czechoslovakia in 1968 had failed. In 1989, one might well wonder, has Glasnost made a difference? Is it a new era, where older cases of revolution attempts are no longer relevant to predict the outcome of a new one, or is it "Business as usual", and Glasnost doesn't change much more than does, say, a leader's proper name, leaving pre-Glasnost cases relevant for prediction?

So how can we learn that the revolution in Poland could help in attempting new, successful revolutions?

If the revolution attempt in Poland were to fail as did previous ones, it would seem that the variable "post-Glasnost" does not matter for prediction: with or without it, revolution attempts fail. As a result, when a person wonders what is the "right" way of judging similarity between past cases, she would likely be led to the conclusion that the variable "post-Glasnost" should be ignored, and that, consequently, the statistics are zero successes out of three revolution attempts. By contrast, because the revolution attempt in Poland succeeded, it had a double effect on the statistics. First, it increased the frequency of successful revolutions from 0/2 to 1/3. While 1/3 is larger than 0, it still leads to pessimistic predictions about successes of future attempts. However, if people also learn how to judge similarity, the single case of Poland leads them to the conclusion that "post-Glasnost" is an important variable.

How can we learn to judge whether a past event is similar to a current one?

The theory presented in our latest research paper, "Similarity-Nash Equilibria* in Statistical Games", suggests people learn from past events not only what are the frequencies, but also what is the relevant database.

Our theory suggests people learn from past events not only what are the frequencies, but also what is the relevant database.

Indeed, if we use the Polish revolution as an example, the frequency of successes post-Glasnost, 1/1, differs dramatically from the pre-Glasnost frequency, 0/2. Once this is taken into account, pre-Glasnost events are not as relevant for prediction as they used to be. If we consider the somewhat extreme view that post-Glasnost attempts constitute a class apart, the relevant empirical frequency of success becomes 1/1 rather than 1/3. Correspondingly, other countries in the Soviet Bloc could be encouraged by this single precedent, and soon it wasn't single any more.

How to find the relevant variable among many others to judge if a past situation is similar to a current one?
In a previous paper1, we show that the “empirically optimal similarity function” can be identified under certain conditions. In essence, many observations for few variables make learning easier.

As another example, consider a central bank, which redenominates* its currency in an attempt to restrain inflation. Inflation is an equilibrium phenomenon: an economic agent (or individual) who expects others to raise prices of goods and services would be wise to do so herself. Thus, one can think of the inflation game as a price-setting game with multiple equilibria, and redenomination as an attempt to switch from a hyperinflation equilibrium to a low inflation equilibrium2. Will economic agents – consumers and firms, bankers and investors – use the new variable in their belief formation? Will firms assume that prices will no longer increase, when pricing their own goods? Or will they dismiss the redenomination as a "cosmetic change" and believe that inflation will continue to run high? Our analysis suggests that the answer depends on the periods immediately following the redenomination: if in these periods inflation is low, the variable “new currency” will be used for prediction and a new, low-inflation equilibrium can be readached. So it means that if something happens today, then the coming year will be crucial to judge whether the same thing happening means that a similar event is coming.

By contrast, if in the first periods the inflation rate continues to be high, agents will realize that it’s “business as usual”, so the variable will be judged irrelevant. So people will see that with and without the change, things look the same. As a result, the entire history will be used for prediction, making it very difficult to convince economic agents that the future will differ from the past. Israel switched from a Lira to a Shekel (worth 10 Liras) in 1980 and then to a New Shekel (worth 1,000 Shekels) in 1985. In 1980 the change was not accompanied by fiscal policy changes, meaning that the government didn’t cut expenses and try to finance the deficit by “printing money”, so inflation spiraled into hyper-inflation. According to our account, people realized that, Shekel or Lira, inflation runs high, and then, of course, it did.

By contrast, the change in 1985 was accompanied by budget cuts, and inflation was curbed in the following years. We argue that the real change in fiscal policy gave meaning to the nominal change* of redenomination: the New Shekel, which was perceptibly different from its predecessor the Shekel, suddenly seemed to actually behave differently. Hence, rational, economic persons who ask themselves, “which are the periods from the past that are relevant to construct beliefs to predict future events?” found that the older periods were not so relevant. This gave a chance to believe in a low-inflation equilibrium.

A word to the experts

For standard economic theory, with perfectly rational individuals in economics, it is hard to explain currency redenomination: it is a purely nominal exercise that all agents should view as irrelevant. Psychological accounts, on the other hand, can explain why people react differently to different nominal sums, but may be challenged in explaining the difference between successful and unsuccessful redenominations. Our account takes a middle ground: our agents may be perfectly rational, but, realizing that they are playing a coordination game with others, they do take into account perceptions that may be used to select an equilibrium, even if, in and of themselves, they are economically irrelevant. Thus, erasing three zeroes from all monetary sums is a noticeable change. It will have economic meaning only if most agents think it has economic meaning. And here, we claim, come the learning of the similarity function: if the perceptual change is accompanied by real policy changes, a new equilibrium may be selected.

Our account takes a middle ground: agents may be perfectly rational, but, realizing that they are playing a coordination game with others, they do take into account perceptions that may be used to select an equilibrium, even if they are economically irrelevant.

Equilibrium: In economics, an equilibrium is a situation in which agent’s optimal actions and prices are such that supply and demand are equal.

Nash equilibrium: In game theory in economics, the Nash equilibrium is a proposed solution of a non-cooperative game involving two or more players in which each player is assumed to know the equilibrium strategies of the other players, and no player has anything to gain by changing only their own strategy. (Source: Osborne, Martin J.; Rubinstein, Ariel (12 Jul 1994). A Course in Game Theory. Cambridge, MA: MIT. p. 14)

Coordination games: In game theory, coordination games are a class of games with multiple pure strategy Nash equilibria in which players choose the same or corresponding strategies.

Nominal change: In economics, the nominal value, rate, or level of something is the one expressed in terms of current prices or figures, without taking into account general changes in prices that take place over time (Source: Reverso). A “nominal” change would be one where we say “from now on, one (new) euro is worth what 100 old euros used to be worth”. Economists call this “nominal” because there is no real change in the economy – it’s just a change of name. If I used to get 100,000 euros a month and spend 60,000 at the supermarket, and now I get 1,000 euros and pay only 600, nothing “real” has changed. A “real” change would happen if, for instance, the government buys less on the market, or employs less workers etc. (Itzhak Gilboa)

Redenomination: The process of exchanging old currency for new currency, or changing the face value of existing notes in circulation.

2See Mosley (2005): "(...) redenominations often occur after economic crises, as governments attempt to convince citizens and markets that hyperinflation is a thing of the past. In some cases, the timing is correct, in that redenomination caps off high levels of inflation. In other cases, governments are not able to reign in inflation immediately after redenomination, and they may make multiple efforts (...)."