Challenging racism, antisemitism and homophobia: those were the sensitive topics DiversiTALKS broached by inviting top speakers to debate in front of HEC staff and students. A socially and politically charged topic which is touching universities worldwide. 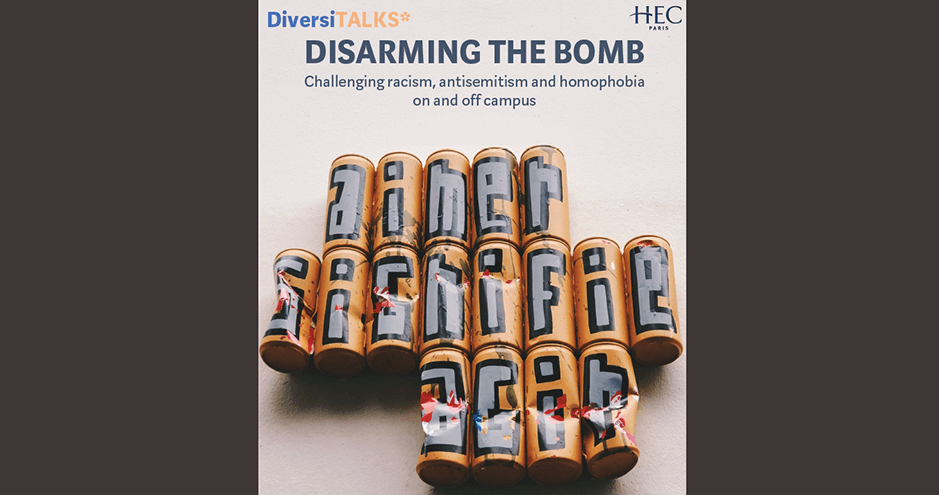 From Melbourne to Sheffield, Paris, Syracuse, via Belfast and Nebraska, students and academics are monitoring and denouncing an upswing in racist, anti-Semitic and homophobic acts. UK universities saw a 60% increase in racist incidents in the past two years. In the United States, meanwhile, advocacy groups have denounced a “spate of bigotry” as a reflection of the political mood in the country which has seeped into colleges as prestigious as the universities of Columbia and Duke. The increase in anti-Semitic acts in France in 2017-2018, for example - up from 311 to 541 after four consecutive years of steep decline – has been reflected in certain French universities.

It seemed particularly appropriate, therefore, that Professor Matteo Winkler and his DiversiTALKS team (led by MBA students Cody Overstreet and Amanda Moritz) devote their latest event to a conference they entitled « Disarming the Bomb: Challenging Racism, Antisemitism and Homophobia on and off Campus ». Winkler has been seen as inspirational in inviting dialogue and reflection in these fields, as witnessed by last week’s nomination by L’Autre Cercle as one of the country’s top 20 LGBT & Leadership Role Models.

Safe Learning Environment for All

The DiversiTALKS team invited three speakers of diverse backgrounds to share their experiences and insight with a full house at the Heliz on-campus restaurant. “We are trying to start a genuine conversation on students’ well-being on campus,” said Winkler in reference to the association’s overall objective. “This is not only crucial for ensuring a safe learning environment but also extremely beneficial for all stakeholders. Discussing racism, antisemitism and homophobia is a vital part of this conversation. To make everyone feel safe and included on campus we need to involve the students, the staff and the faculty. Campus managers cannot do it alone.”

As HEC’s Dean of Student Affairs, diversity and inclusion have been at the heart of Marcelle Laliberté’s mandate. “We have been striving at creating a dialogue on topics of campus integration, wellbeing and diversity throughout our student communities,” she insisted. “This DiversiTalks session was an important reminder of the importance of pursuing that dialogue in order to foster a place where different members of our campus can freely debate, share ideas and feel engaged within their school at all levels.” 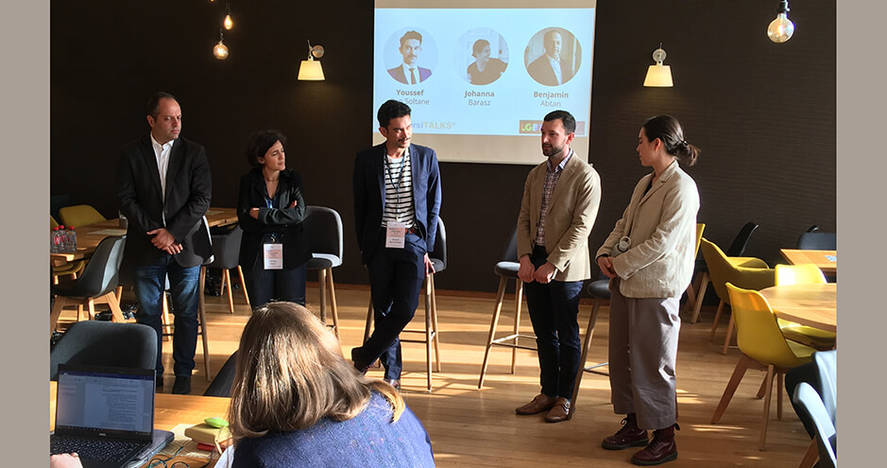 The guests for the two-hour exchange included Johanna Barasz, deputy director of DILCRA, France’s inter-ministerial delegation devoted to combating racism in all its forms and Youssef Ben Soltane of the EY Graduate Program. Barasz said she was encouraged by the fact that more and more people are reporting homophobic acts to the police, overcoming long-time fears of sharing the abuses with the authorities. The government coordinator also called on a form of introspection for all those present: “Each one of us has some work to do on our own biases. As catalyzers for society, we all need to be aware of the trauma that prejudice and passivity can cause. For this, we must learn from history and fight revisionism.”

Few people have a more thrillingly diverse background and experience than Ben Soltane. The Tunisian has known careers as a dentist, philosopher and wine expert before capitalizing on his degree from Ecole Normale Supérieure to work on the government and public sector. During the debate, Soltane also underlined the importance of studying the humanities and history to fight racism. The philosopher outlined the arduous road he had to take to overcome prejudice through much of his career. "From the time I started my Master 2 in wine tasting I was greeted with awkwardness and suspicion. The professor asked me upfront: ‘What are you doing here?’ After graduating, the nearest thing I could find to my field was bartending. At my workplace, I was the butt of jokes that soon turned into a form of harassment. My North African accent was constantly the source of derision.”

However, these abuses did nothing to stop Soltane’s ascension. "I am a dedicated lifelong learner and a passionate problem-solver," he admits on his LinkedIn page. "Fascinated by the complexity of our world, I am keen on investing my energy, skills and knowledge in having a better grasp of our reality.” He has combined his knowledge in the medical field with those acquired in viticulture. This he describes as a search for “antiviral compounds from the human pharmacopeia” that can be applied to the wine industry. The experiences both in academic and professional circles led Soltane to underline an essential point: “Off-the-cuff comments can build up into major problems of harassment. So build on your awareness skills, learn to be inclusive managers who can rally a team together against such forms of prejudice. It’s not only the decent thing to do; it’s also at the heart of being an inspiring leader.”

A few weeks later, the DiversiTALKS team broadened its activities on diversity and inclusion by co-organizing a major Paris event on June 7 called Delta. Led by HEC MBA students the full-day conference on D&I in the workplace showcased speakers from Google, Danone to Accenture and EY. “We discussed the problem of diversity in the workplace, the experiences of transgender people, how to break the glass ceiling and deactivate biases,” notes Matteo Winkler. The questions of “being oneself at work” will be further explored on September 18, when DiversiTALKS organizes its first debate of the new academic year. This evening debate includes speakers from Sodexo, L’Oreal and Allen & Overy.