HEC’s online education programs take on a new dimension in September 2019. That’s thanks to an accord signed with Ecuador and the University of Kassel. It provides online education in key sectors to over 30,000 Ecuadorian students in Quito and the Tena region near the Amazon forest. 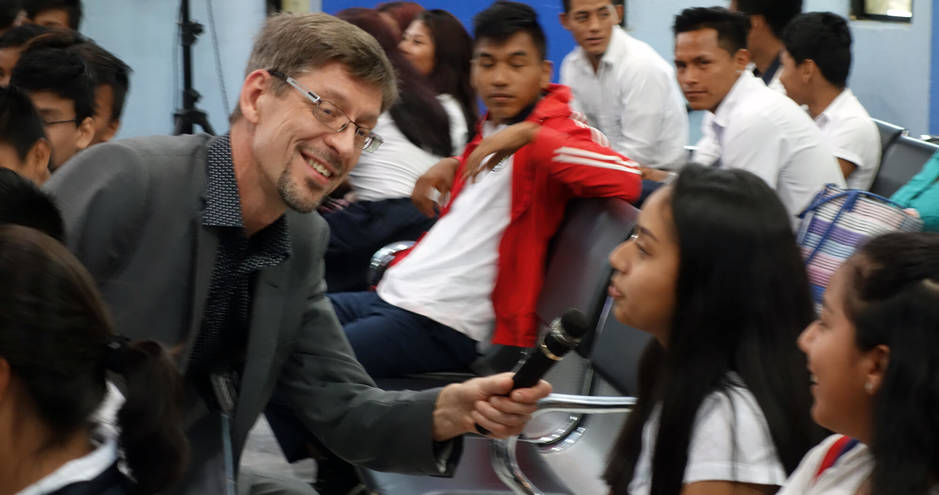 For the past two decades, the Latin American state of Ecuador has seen a sharp decrease in its general education levels. This has strongly impacted STEM subjects (Science, Technology, Engineering and Mathematics) which are considered key to the nation’s development.

To address this crisis, HEC Professor Thomas Åstebro has spent the past two years working on a tailor-made online course with fellow-academics Guido Beuenstorf (University of Kassel, Germany). With the help of the World Bank’s lead economist David McKenzie and key players in Ecuador’s Ministry of Education, the Director of HEC’s online degree program MSIE (Master of Science in Innovation and Entrepreneurship) refined the general research program design into a three-month course.

The first year it is to be rolled out in around 120 schools for pupils aged 15-17 years old. “The Quito government hopes it will encourage more high-growth entrepreneurial businesses,” Åstebro says. “Until now, high school students in Ecuador have been offered traditional and somewhat unexciting visions of what a STEM-based career could be and this may be a reason why few choose it. We hope this course will change that. We are also encouraging more young women students to embark on such a career path, by showing them female role models with STEM careers.”

Starting on September 1, 2019, pupils in these schools will benefit from two hours of online courses per week. By then, their teachers will have been offered some teaching skills to go with the project. “We need to train the teachers in the computer cluster some minimal skills on how to run the classroom whilst the students watch the video,” pursues Åstebro who is also the L’Oréal Professor of Entrepreneurship at HEC. “This allows them to assist students when they are lost, when a computer crashes, and so on. From our experiences with the MSIE program, we are acutely aware there can be technical problems, especially in remote regions.” Some 300 teachers will follow a full day of training in June by the research team. 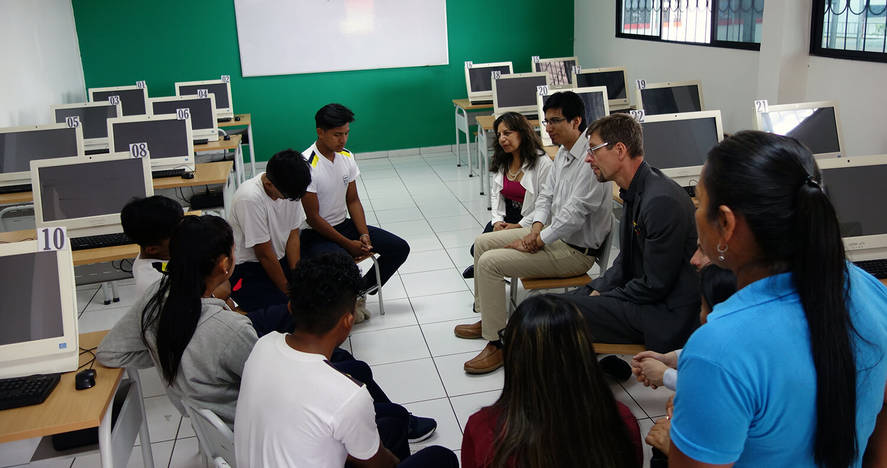 Creating a New Hub in Ecuador

In this unprecedented experiment, they will be supported by over a dozen people working at the Ministry of Education. “We hope the online project will encourage our youth to embark on careers in entrepreneurship,” noted the Ministry’s Education Coordination office in Zone 2 where the bulk of the schools are found. “This virtual model is an ideal solution in terms of cost efficiency and reaching out to a large number of beneficiaries.”

Thomas Åstebro and his fellow-academics met the Ministry representatives and visited several of the schools in a weeklong visit end-March. This included an immersion in the Napo Province city of Tena which has been nicknamed Ecuador’s “cinnamon capital”. Tena has recently emerged as one of the country’s most important commercial centers. HEC’s online courses will seek to form entrepreneurs who will fully exploit the region’s potential as an economic and tourist hub.