Since 2016, Sushil Reddy, an Indian student from MSc Sustainability & Social Innovation (SASI), has been powering his custom-made bicycle in his homeland, the U.S. and France. His aim? To convince skeptics that solar energy is the future. The energy engineer is releasing an eBook to recount his latest odyssey, a 3,100 kilometer trek through France. This eBook is at the heart of the March 16 HEC Energy Day and is the fruit of a collective adaptation into French by eight fellow SASI students, all seduced by Reddy’s commitment to solar power. 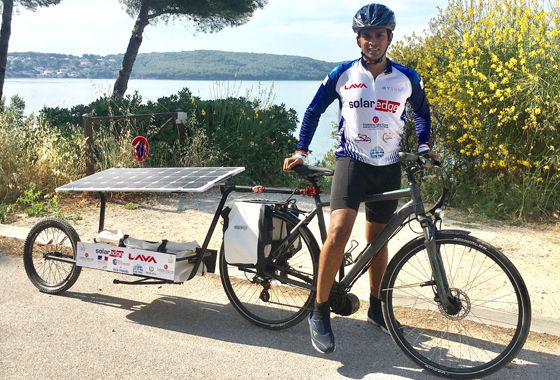 With almost 12,000 kilometers swallowed up over three continents, few can doubt Sushil Reddy’s ability to sweat for a cause. His 79-day, 7,424 kilometer ride through northwest India in 2016 put him in the history books for the longest journey on a solar powered electric bicycle (Limca Record, and the Guinness World Record (in the motorized bicycle category – since overtaken)). Always accompanied by his fellow-cyclist Rajendra Kumar, Sushil’s feat has attracted sponsorship from the likes of QOS Energy and the Science and Technology division of the French Embassy in India.

Now, Reddy is celebrating his 29th birthday with the launch of his second book, an enlightening account of the 2017 trip through the B routes of France. On the road, the Mumbai-born engineer hardly goes unnoticed with a ‘trailer’ harboring solar panels which feed 250 watts into his battery. “It brings down my effort level by half.” He chortles: “I’m not in it to race, it’s an enjoyment ride with a purpose.”

Reaching Out to Over a Million People

Sushil Reddy and his team are maintaining the same goals they espoused in their two other marathon cycles: educating the skeptics on the benefits of solar energy. Reddy has given over 100 awareness seminars in his travels, interacting with some 50,000 people and touching over a million others thanks to social media. “It’s all about touching those who doubt the benefits of renewable energy or who are in a form of inertia about what to do to harness it.”

At a time in which French President Emmanuel Macron is bringing out the red carpet for talented Indian students, Sushil Reddy and his eBook could be seen as a role model. Since his integration into the SASI Master in September 2017, he has been honing his ability to present innovative business models, strategize for the future cycling projects, raise funds, reach out and pitch his goals in order to reach “the right audience”. The Sun Pedal Ride book launch on March 16 appropriately caps HEC’s seventh Energy Day which explores the new industrial landscape where electricity is becoming the primary energy source in industry. Sushil Reddy’s contagious energy could further electrify the exchanges… 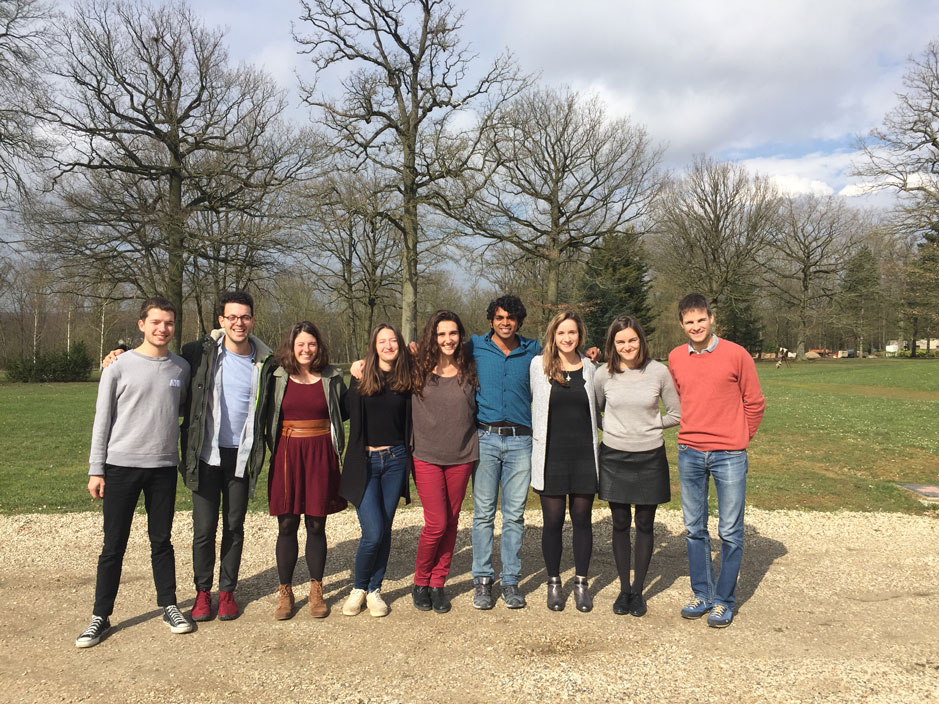