For students, coming back to school is always exciting, especially if you're in for the experience of a lifetime! MSc X-HEC Entrepreneurs students were in for a special treat… 112 students took a leap of faith during their integration week from September 1st to 6th, 2020. 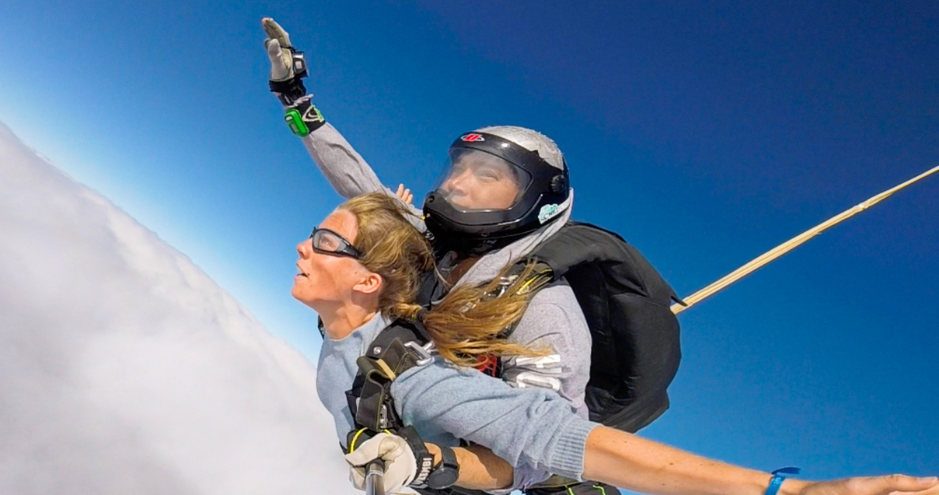 The 120 students of the X-HEC Entrepreneurs’ program did not have their integration week in the Jura mountains, but in the Rambouillet forest, a bit closer to Paris ! The week ended with the dreaded skydiving activity!

This year the Master's program brought back the tradition established more than 40 years ago by Robert Papin at the creation of the program, with a slightly adapted maxim: "Throw them in the water and they'll learn to swim!"

Alain Bloch, Academic Director of the program, explains the context and the stakes of this activity: "We chose the Rambouillet forest this year as the setting for our traditional integration raid because the sanitary situation did not allow us to take the risks of a collective accommodation in the Jura. However, we have achieved our pedagogical objectives: that each student can discover his comrades from other horizons, and that this first sequence is for everyone the opportunity to confront the effort that represents 100 kms in 4 days of walking. In addition, the budget savings made on accommodation and evening meals allowed us to finance the return to a tradition of the program before 2004: skydiving, which the whole class enjoyed, for some more after the 4000 m of descent (including 3000 in freefall) than before, but no rejection of the jump! A promotion doubly faithful to the traditions therefore ...".

"It sets the tone!" explains Ambroise Collon, the Executive Director of the program. "It allows us to unite the new batch of students behind a common experience where they are afraid together!"
"Bruno Martinaud (Polytechnique's educational co-director) jumped first," insisted Ambroise !

"112 registered students did it, only a few were exempted for medical reasons. Four jumps took place at the same time, each student accompanied by an instructor.".

What did the students think?

How did you find out that the skydiving activity was back on the program? 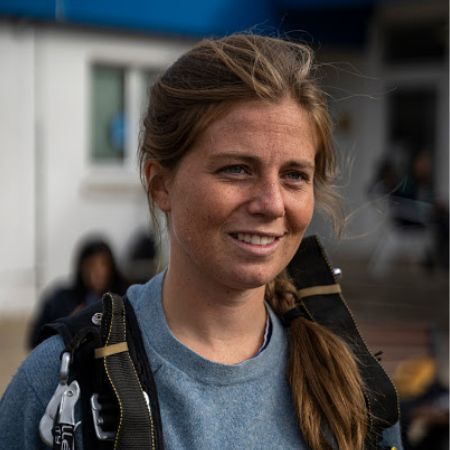 For a long time there was uncertainty as to whether or not the seminar would be held in the Jura. At the end of July we were informed that it could not take place in its traditional form. The alternative proposed was to reproduce the Jura activities in the Rambouillet forest and to end the week with "a little bonus": a tandem jump at 4000 meters.

How did you react?!

The disappointment felt at the announcement of the cancellation of the Jura immediately gave way to excitement. I had already had the chance to do a first jump two years ago and had been dreaming of reliving the experience ever since. I was especially enthusiastic about the idea of sharing this moment with my peers, especially while waiting on the ground and in the plane.

Did you know that this activity was an essential part of this master's program twenty years ago?

I knew that this had been a tradition of the master for a long time, and then they jumped alone! An elder told me it had been one of his biggest fears of his life saying that he had closed his eyes all along.

What were your impressions at the time, doubts? fear?

I was very excited about jumping the week before the jump. On D-Day, my group was among the last to jump and seeing the first ones fall into the sky at full speed made me realize how crazy it is to jump out of an airplane mid-air. Like everyone else, I knew the statistics and knew that the risk was nil, but while waiting you have to fight with your imagination and just do it. Then as soon as the airplane door opens, everything goes very fast. Once the first few seconds have passed, you stabilize and enjoy the incredible sensation of splitting the air.

What did you learn from it?

I've learned that you can feel more in control of the situation once you're in the action rather than in all your initial projections.

Did this jump help you reconnect with your peers?

We have seen on LinkedIn some of the old ones reposting pictures of their jumps, which is of course fun. It's always nice to feel part of a community that comes alive when an old tradition is put back on the agenda. Between us this has had a very positive effect on integration. Not during the actual jump itself, but thanks to the day spent discussing, reassuring, debriefing at the airfield on the edge of the runway. Finally, I think that from the beginning of the year it creates a strong experience shared by all the students of the master's program, which bonds us together. In fact, many are the ones who envy us.

In your opinion, should this activity be re-proposed in future promotions?

Yes, obviously this is a unique opportunity that has been offered to us and I hope that others will be able to benefit from it. Nevertheless, I have had moving accounts of the seminar in the Jura and I think that when it can be held again, skydiving should not be at the expense of this seminar which sounds amazing.

What do the alumni think?

Interview with Antoine Brenner (CS1997, Ms HEC Entrepreneurs 99), co-founder of Gymglish and Coach within the program.. 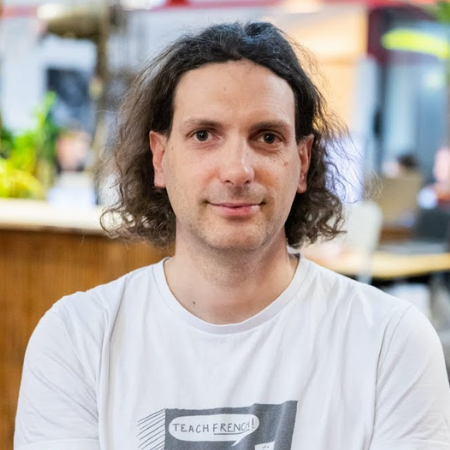 "Skydiving was a highlight of the HEC Entrepreneurs’ program. It was not a surprise. All students knew this before they came.
Some were trying to avoid it, trying to make excuses. There weren't many of them. It was nevertheless a great moment where we were all together.

We followed a training the day before because it was a question of jumping "automatically", with a second recourse in manual parachute.
Personally, I was used to risky sports. When there is risk, there isn’t necessarily accidents, but there needs to be preparation!
What surprised me is that when I jumped, my brain went off!  Time started to go very slowly, I wasn't advancing anymore, I was stuck. In the end, the memory that I keep is to have been shouted at, then to have jumped...

When I was "stuck," the sensation was a bit like narcosis, the drunkenness of the depths. I had experienced this at great depths during my training as a scuba diving instructor.

Everyone has their own way of reacting to stress, for me it was blockage. I wasn't the only one, others got stuck too and didn't jump. We didn't blame them.

Today, I'm glad I did it. We are talking about it again like veterans remembering difficult times. (laughs) It's an unusual thing, it bonded us for life.

It certainly helped us with the integration, but for me, what really created the class effect was to have lived one year with the other students on campus in the E and J buildings!

There was a great closeness between students throughout the year, something that current batches do not have. They have classes on the Jouy-en-Josas campus in Champerret, Paris, online and work in threes in companies." 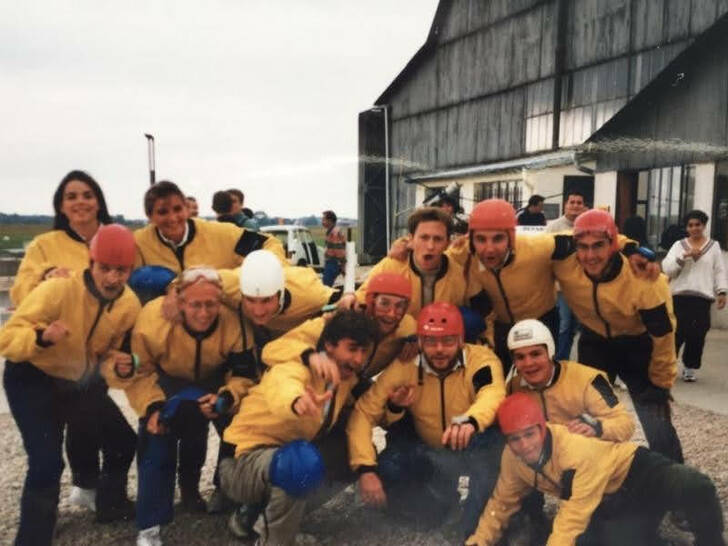 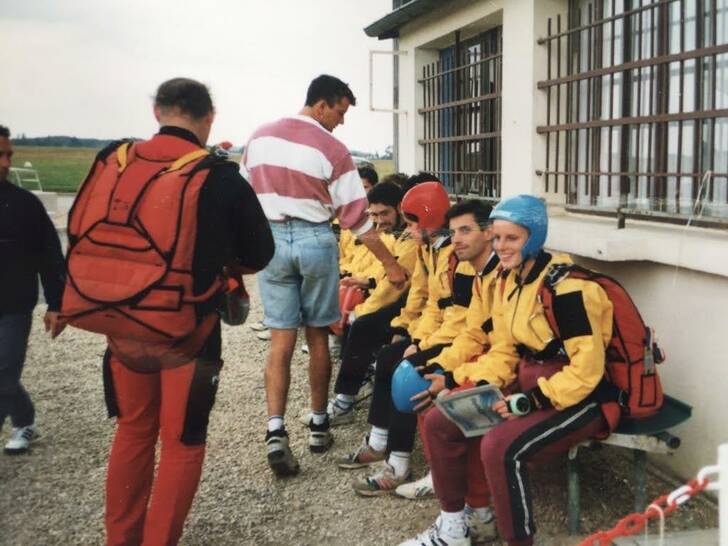 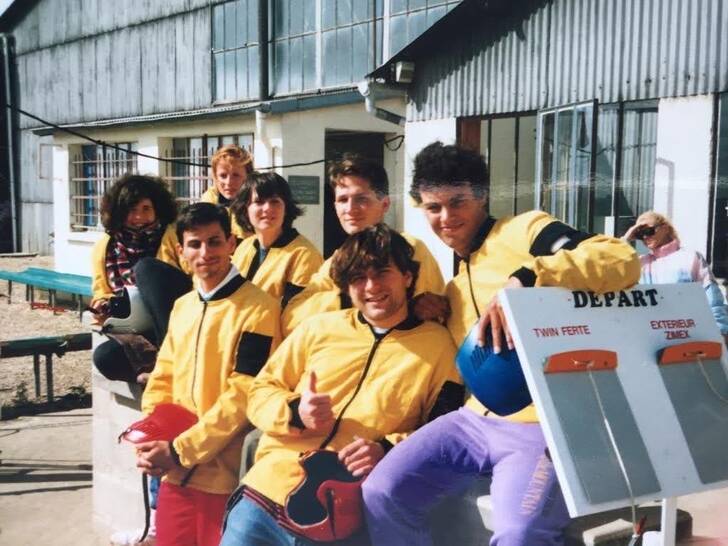 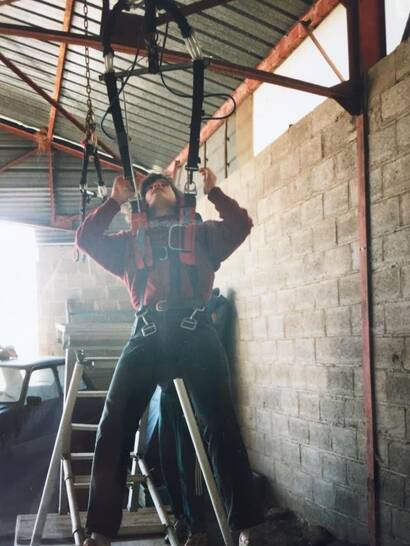 - Call for applications for fast-growing companies (Scale Up mission)
- Call for Experts for the Creation Mission, Contact Elham Nabil, nabil@hec.fr