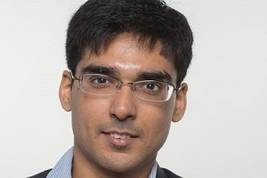 Abstract:
Abstract:  My dissertation examines firm divestitures and their relationship with the business and geographic scope of the firm under buoyant and hostile economic environments. In order to accomplish this task, I have collected information on various kinds of divestitures undertaken by a panel of large European publicly listed firms. The three essays aim to contribute to the broader literature on divestitures as well as the work on the divestitures-diversification relationship and its contingencies. Past research generally suggests that divestitures are aimed at reducing excessive diversification. This view, however, overlooks the fact that not all divestitures result in refocusing. Indeed, many divestitures are motivated by the existence of over-capacity within the firm. In addition, while prior research has generally found that divestitures improve performance by reducing excessive diversification, more recent research has argued and shown that during an economic downturn, more diversified firms tend to outperform their focused counterparts. Changing economic conditions thus appear as a suitable context in which to study the mechanisms through which divestitures can create value. The first essay examines how, under different environmental conditions, firms are more prone to undertake either downscoping (divestitures leading to a reduction in business scope) or downsizing (divestitures that only reduce firm size without affecting business scope) divestitures, as well as the performance impact of either type of divestiture. I find that firms are less likely to undertake downscoping divestitures during an economic downturn whereas they are more likely to undertake downsizing divestitures. This paper provides a boundary condition to the argument that firms primarily divest to reduce diversification and depicts the key role of downsizing divestitures in a firm’s corporate strategy. The second essay focuses on the international dimension of divestitures. Extant work has narrowly defined foreign divestitures as the divestment of a subsidiary. The theoretical mechanisms driving foreign divestitures as well as the effect of these global strategic moves are contingent on the scope and size of the foreign divestiture. Real options theory has shown that foreign divestitures afford greater strategic flexibility to the firm by switching operations. However, we still do not know much about the timing of these options as well as the boundary conditions of this argument. This study examines the conditions under which firms are more or less inclined to exercise the option to abandon a geographic market as compared to the option to switch operations by merely selling off foreign assets while maintaining a geographic presence.  This study contributes to the literature on foreign divestitures and real options perspective. The third essay attempts to shed light on the idea that divestitures provide dynamic capabilities to the firm. Extant research has argued that divestitures provide capabilities to grow and reconfigure the organization. However, not much is known about the conditions in which divestitures are more likely to enable dynamic capabilities. Furthermore, there is very little understanding of the impact of dynamic capabilities provided by divestitures on firm value creation. This study focuses on the cost of assets being sold relative to their market value as a conceptually relevant contingency that impacts the likelihood of firm divestitures. The article puts forth the concept of divestment potential to specify firm-level conditions when divestitures would arguably create greater shareholder value.