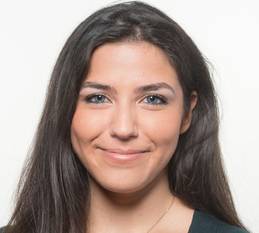 Congratulations to Dr Veronica Cappelli, Economics and Decision Sciences, who successfully defended her Doctoral thesis at HEC Paris, on July 13, 2020. Veronica will join the Stanford University as postdoc researcher.

Abstract:
This dissertation explores several intertwined dimensions of decision-making research. In particular, while focusing on decisions under risk and uncertainty, this work illustrates the transversality of approaches that characterize this area of investigation by collecting an experimental study, a theoretical elaboration and an application. The continuous dialogue between these different approaches to decision-making research is critical to its development, as empirical investigations test and inform formal theories and further ensure their meaningful application in theoretical and empirical contexts, thus contributing to virtuous “creative destruction” dynamics in the field. For example, a large body of empirical evidence shows violations of the expected utility theory. In response, decision theory and behavioral economics provided a large variety of nonexpected utility theories. The existing evidence, however, does not clearly discriminate among such theories. Relative to the investigation of the sources of violations, particular attention has been traditionally devoted to testing several variations of the independence axiom. Yet, on the gains domain, many of the most well-known non-expected utility models abide to the minimal behavioral restrictions traditionally known as the axioms P3 and P4 of Savage (1954), that allow to separate tastes, as captured by a utility function on outcomes, and beliefs, as captured by the willingness to bet on events, often a distorted probability.

In the first chapter of this dissertation, we derive a non-parametric procedure for testing the separability of tastes and beliefs hypothesis and we apply it to the results of two experiments. While P3 is rarely violated, our test finds widespread and pronounced violations of P4, thus suggesting that the assumption of separation of tastes and beliefs may not hold in empirical settings. On the theory side, the issue of separating tastes and beliefs was apparently closed by a series of papers of Ghirardato and Marinacci on biseparable preferences.

Inspired by the findings of the previous chapter, the purpose of the second chapter of this dissertation is to reopen this question by investigating whether, or under what theoretical conditions, such separation actually holds and what its implications are. In particular, we will provide separability conditions in terms of preference midpoints and the novel concept of likelihood midpoints.

In the third chapter, we make use of recent developments in decision-making criteria to provide an extension of the seminal biform games setup of Brandenburger and Stuart (2007). While biform games provide the theoretical basis for formal work in value-based strategy, our framework helps reconciling observed behavior in applied contexts with theory. In particular, we apply the results of our setup to the choice of bringing in substitutes to complementers in business ecosystems, a central decision in competitive strategy. Our solution has several advantages. First, it subsumes the original biform games framework and seamlessly integrates recent related work that provides bounds to value capture. Also, it allows solving issues such as the possible non-uniqueness of solutions and invariance to the competitive environment structure while maintaining the role of competition in determining value capture. Finally, it permits richer preferences representations that, for example, can include subjective distortions of objective chances of value capture.