Students Unite Across the Globe for Successful Online Business Game

The sixth edition of the HEC Paris Business Game (HBG) saw 130 students from 53 universities in 30 countries compete in a two-day real-life case situations. This challenging event is designed to develop the abilities and know-how of students in designing cases which will make a positive difference in the business world. The four cases were proposed by corporate partners who carefully monitored the outcome. 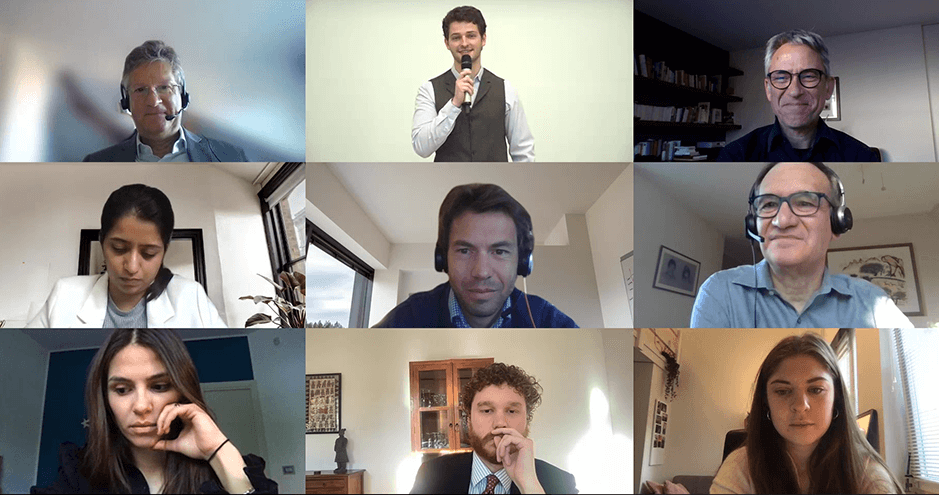 "The challenge of organizing an online business game was to ensure that the level of interaction for participants, partners and the organizing team was as high and strong as it would be in an in-person event,” noted Marcelle Haddad.  A challenge which the HGB president and her team of 17 fellow-students appear to have overcome with brio, despite the health-related crisis. “I would like to congratulate the organizers,” said Bain director and Affiliate Professor in HEC’s strategy department Bertrand Pointeau. “Faced with the challenge of reviving the event after a year of absence, they put in a flawless performance – it was smoothly run and done with grace and efficiency.”

16 university teams vied for the top spots, which brought awards from sponsors ranging from an immersive visit to the U.S. offices of Viibe, to a VIP tour of the Ferrari headquarters and museum in Maranello. In groups of 5-6, students reflected on concrete cases, such as a need to make dairy business more sustainable, thanks to elements of traceability. Other cases covered aspects of strategy, finance, digitalization and marketing. 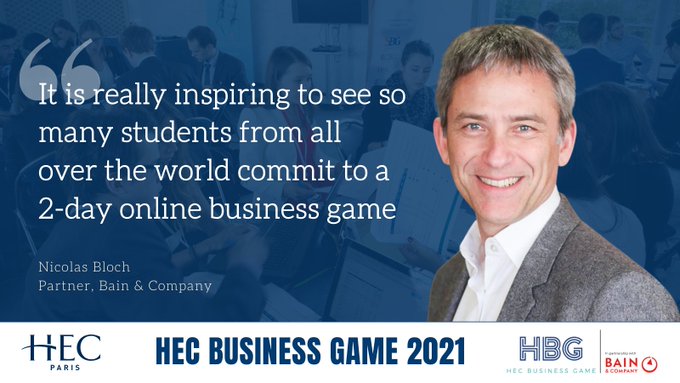 The jury enjoyed a total of 60 pitches and shared out the prizes to 28 students from the University of Bologna, Aristotle University of Thessalonika, the Indian Institute of Technology, HEC Paris, Bocconi University and more. “However, to paraphrase Pierre de Coubertin, it is more about participating than winning,” said Ferrari’s Dennis de Munck. “Overall, there was a super level. In our challenge, team 16 stood out. Their pitch went beyond the report asked for, showing number crunching, innovation, spikes in analysis and an excellent team effort.” The team of five women and a man combined seamlessly despite working from their home bases of Greece, India, Italy and Vietnam.

It was the HBG overall winners, Emma Bennouna-Louridi and Martin Arts who enjoyed the greatest plaudits. The duo from the Saint-Louis University study political science in Brussels faculty and showed self-assurance and pugnacity in their pitch. “The funny story is that I signed us up because I had an amusing pitching idea for Anheuser-Busch InBev,” noted Arts. “Little did we know we were awarded the Grand Winners of the competition!” He concluded: “Thanks to the organizing team at HEC Paris, a school I dream of joining one day.” 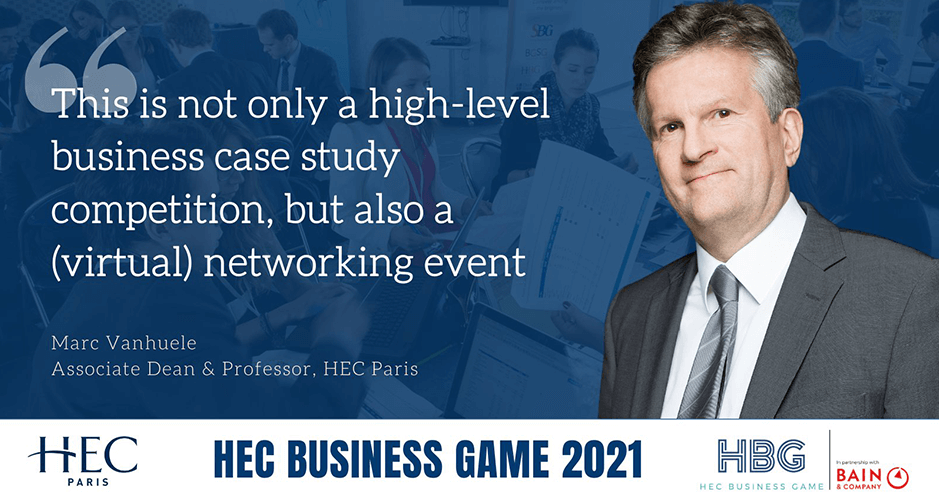 The digital and logistics manager, Theodore Lescoat underlined the importance of hosting the business game in this crisis year: “We want to continuously give the opportunity to partners and participants to work together on problems and find their solutions.” Marcelle

The HEC Paris Business Game is part of the Alliance of European Business Games incorporating institutions and students from nine countries. Contrary to other case competitions, it organizes groups of students working together, thus encouraging new interactions and complicities amongst the 1,500 participants every year. 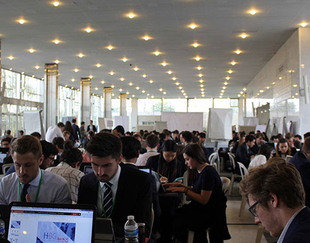 The HEC Business Game (HBG) is one of HEC Paris’ most anticipated events of the year, attracting over 200 enthusiastic students from across the world to the lively hub of real-life case competitions. Over...

We spoke to Bertrand Pointeau, Senior Associate at Bain & Company Bain & Company, sponsors of the HEC Business Game, conducted a case study for the event on digitalisation in the insurance sector...

The 10th and 11th of April, 200 students selected from the best universities worldwide go head to head in a large-scale Business Game organized on the HEC Paris campus. The HEC Business Game is...