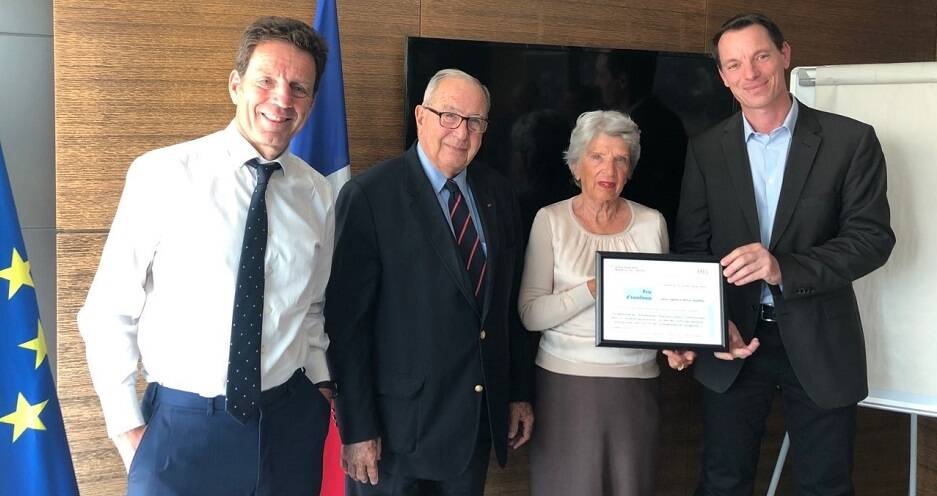 Among the different activities supported by the Bruno Roux de Bézieux Foundation, each year it finances a student enrolled on the HEC Entrepreneurs major, in partnership with “Nos Quartiers ont des Talents”,  and rewards educational initiatives introduced on the HEC Paris campus with the “Innovation prize”.

Bruno Roux de Bézieux taught at HEC Paris and was a student of Georges Doriot at Harvard. After his death, his family wanted to honor his memory by awarding a prize to the most remarkable contributions via the Bruno Roux de Bézieux Foundation.
The objective of the Georges Doriot Days is to encourage debate about divergent and alternative conceptions of entrepreneurship in order to understand its various facets.

Prisca Justine’s study shows how associations are being mobilized by the women from two villages in eastern Côte d’Ivoire in order to change traditional relationships between men and women. The results show that membership of associations has a positive impact on women’s economic, social and cultural visibility.

At a number of events, the prizewinners were able to meet Geoffroy Roux de Bézieux and his mother Véronique Roux de Bézieux, who congratulated them on the quality of their work and presented them, in the name of the Bruno Roux de Bézieux Foundation, with a prize in order to help them continue their studies.

Further information:
* As a Harvard professor, Georges Doriot was a pioneer in management teaching and research. At the beginning of the 1930s, he introduced the case-study method to France at the CPA, which was to become HEC Paris Group’s Executive MBA. Promoted to General in the US Army during the Second World War, he was also one of the “inventors” of risk capital in the post-war USA and made a fortune by contributing to the establishment of Digital Equipment Corporation (DEC).