Between February 17th and 21st, the Start'HEC team, the Entrepreneurship Club of HEC Paris, flew to Hungary and its capital Budapest to discover its young and bubbling entrepreneurial ecosystem. Lucas Violin, an M1 student at HEC Paris, looks back on the key stages of his trip here. 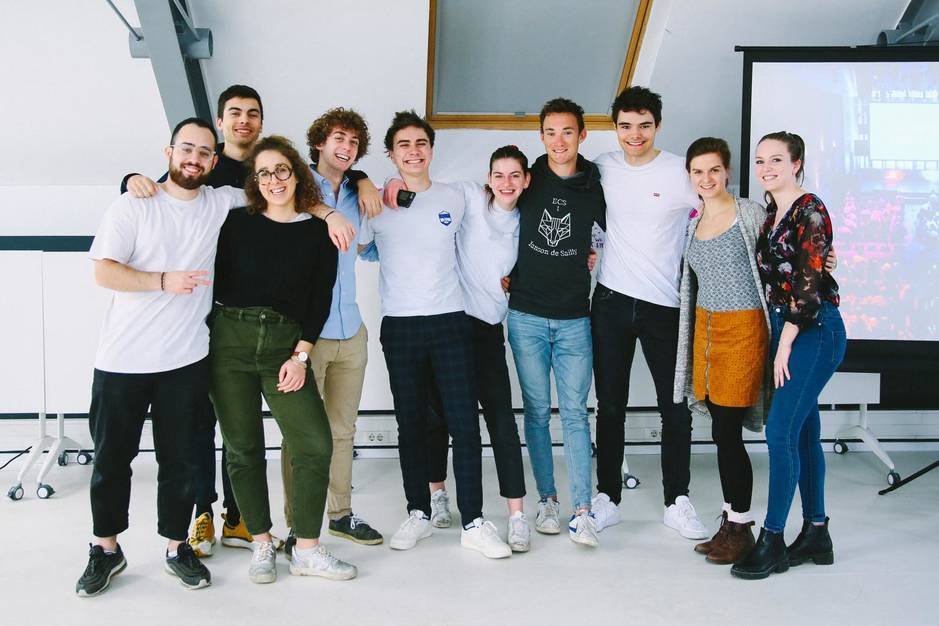 Between February 17th and 21st, the Start'HEC team flew to Hungary and its capital Budapest to discover its young and bubbling entrepreneurial ecosystem. Indeed, after a painful 20th century, marked by wars and the Soviet grip, the great city of the Mitteleuropa has managed to regain its economic dynamism.

The Hungarian capital is now a popular destination for talent and start-ups from Eastern Europe. A real platform for international development, the city is home to numerous incubators, young companies and venture capitalists. Although innovations affect all sectors, it is the technology that is most exploited. Viktor Orban's government, whose nationalist and anti-European leanings must be remembered, is very willing to support the growth of this new economy, particularly with a very low tax rate (9%).
During these five days in Budapest, we were able to visit, discover and exchange with the Design Terminal accelerator, the start-up Neticle and the YouTube Hungary team.

On our second day in the city, we visited the Design Terminal Accelerator in the old quarters of Buda.
Our hosts started by introducing us to all their programs. Accelerator, incubator, meeting with potential partners, investment program for projects revolutionizing agriculture, design thinking, mentoring of women entrepreneurs, ... The activities are manifold, and the teams are constantly active throughout the building.
We were then able to have a long exchange with these specialists of Budapest-based entrepreneurship, and to observe the main difference between the French and Hungarian start-ups. Indeed, while French start-ups very often focus exclusively on the national market, their counterparts in Budapest cannot limit themselves to the Hungarian market, which is too small. Thus, alone or thanks to accelerators such as Design Terminal, internationalization is always at the heart of the growth strategy of Hungarian start-ups. Very often, they target Poland, the Republic, Slovakia and Hungary at the same time, from the early stages of their development.

In the afternoon, we went to Orczyn, one of the southern districts of Budapest, to discover the premises of Neticle, a deeply innovative start-up company specialized in automated text analysis and the creation of intelligent online forms. Considered one of the most promising start-ups in the capital, it already has more than 30 full-time employees. 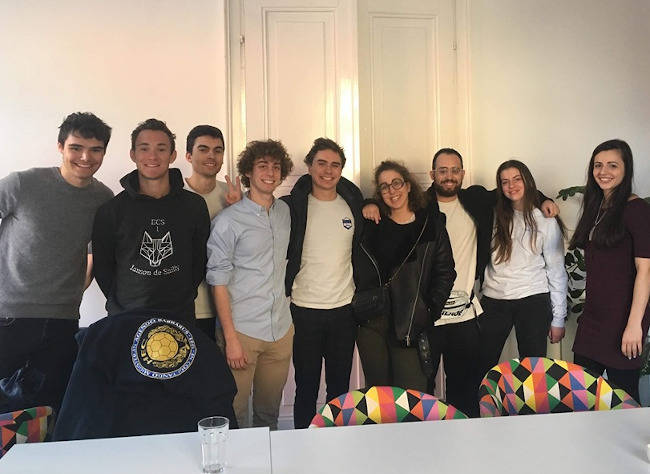 After giving us a tour of the premises, our hosts (Head of PR, and Head of Sales) gave us a detailed presentation of the company's activity and business model, focusing on their flagship technology: the automated text analysis system. According to them, their artificial intelligence and algorithms are capable of recognizing, with a margin of error of less than 8%, the expression of a positive or negative feeling on any given text. For example, if a user posts a comment on a brand's product, Neticle's AI will be able to analyze this comment and determine the user's level of satisfaction. Constantly learning from its mistakes, the software is now even able to detect irony.
We were impressed by the efficiency of the tech tool developed by Neticle and deeply inspired by the pragmatic enthusiasm of the team, which has already conquered a good part of the Eastern European market, and is planning to launch here soon...

For our last visit, we were welcomed by a Data Scientist in the offices of YouTube Hungary, which is no longer a start-up but still at the cutting edge of innovation.
In this small local market, the main issue for the American giant is advertising, and more specifically the choice of languages in the ads preceding the videos. To put it simply, when the ad is in Hungarian, the number of videos watched is high, but the watch time on each video is less, and vice versa when the ad is in English. Thus, all the work of YouTube Hungary's analysts consists in optimizing the choice of advertisements in order to maximize the revenues of YouTube and also those of the creators.

Thanks to the wonderful welcome of each of our guests, we had the opportunity to discover in a very significant way the Budapest-based entrepreneurial ecosystem. In a country that is still less developed than France and less "saturated" by innovations, the opportunities and the thirst to set up projects are stronger than ever. This week in Budapest was therefore particularly inspiring for the whole team!


Return to the news list
Find all news IDEA Center