Transformation is a difficult challenge for companies. How can the art of storytelling guide companies through transformative change? Researchers Giada Di Stefano and Elena Dalpiaz turn to Italian housewares and kitchen utensil company — and master storyteller — Alessi to understand the narrative practices for successful change. 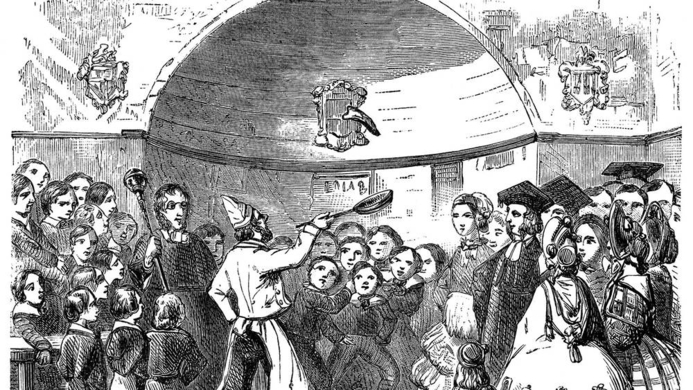 Every business has a story. Some are clear-cut journeys from start-up to multinational. Others are more intricate and include mergers, takeovers, acquisitions, and dramatic changes in company direction. Not everyone spends time reflecting on their company’s journey, but could this be a big oversight? Stories allow people to reflect and to learn, and telling them can strongly influence how company stakeholders interpret change. “Companies can use storytelling as a learning tool to increase their productivity,” says Associate Professor Giada Di Stefano. “It can also be used to implement successful company transformations - to make sure that everybody is on board and excited about change.” See the video: “A universe of stories: Mobilising narrative practises during transformative change”, created by the Imperial College Business School.

There is no better example of a company that has used storytelling to successfully navigate its strategic transformation than the case of Italian housewares and kitchen utensil company, Alessi. From 1979 to 2010, CEO Alberto Alessi mastered the art of storytelling to lead his firm through a successful repositioning. The company went from being a manufacturer of steel serving tools for bars and restaurants to a world-renowned industrial design game-changer.

Companies can use storytelling as a learning tool to increase their productivity.

Over that time, Alessi produced iconic items so special that they have been featured in museums as objects of art. This evolution was documented in over 30 internally produced books. These allowed the firm to distribute stories to all its stakeholders, including the employees, customers, retailers, and visitors to Alessi’s exhibitions. They influenced both outsider and insider perceptions of the company’s trajectory. According to Di Stefano of HEC Paris and her colleague Elena Dalpiaz of Imperial College London, Alessi’s books provide an exceptional example of what happens when an organisation uses storytelling to reflect on its actions.

The duo conducted a thematic and narrative analysis of Alessi’s chronicles to understand how they were used, and how they changed, over time. They found that the books tell a coherent story, despite being written over three decades and by different authors with different goals. “Alessi’s story is like a woven fabric made by interlacing distinct sets of threads,” says Di Stefano. “Our analysis uncovers three narrative practices that enabled Alessi to create a single piece of fabric and tell the coherent story of a successful transformation.”

1. “Memorializing”: to create a shared understanding and memory of change over time, by identifying moments, persons, and events key to the transformation.

2. “Revisioning”: to rewrite the company’s past to ensure consistency with the current direction – and ensure that story is interesting, exciting, and inspiring.

3. “Sacralising”: to present the change as a transcendent endeavour, depicting the change leader as a prophet, organizational artefacts as icons, and the old strategy as conservative, or orthodox.

How storytelling and reflection lead to successful change

These three narrative practices were used consistently in Alessi’s books to prevent resistance to change, garner support for it, and mobilize advocacy. The strategy seems to have worked, as the transformation was widely supported, and even embraced, inside and outside the organization. “We ascribe many of the reasons for Alessi’s success to the fact that it kept reflecting on its actions and on changing its trajectory, making sure all relevant audiences were on board,” Di Stefano says. “The exceptional, 30-year long Alessi case provides us with the unique opportunity of observing how telling a story can help a firm thrive during times of change, in slow-motion. We don’t suggest that other firms should follow exactly the same path, but we are sure they can learn something from it.”

In today’s fast-paced digital age, writing books may seem archaic. But Alessi’s storytelling process can be easily modernized.&nbsp; “The Alessi case is a great example of how a firm can reflect on its actions and its past in order to change its path,” says Di Stefano. “They do this over a period of 30 years but we can also apply the same practices when change is enacted faster.” She advises that firms’ leaders and strategy makers use reflection to make sense of the changes that lie ahead and then share these reflection efforts to get their audience on board. Rather than facing resistance to change, there will be excitement created around it. The story can be worked into the company’s everyday communications to create a narrative that supports change and ensures it is accepted. The narratives can be adapted to be written as short company memos, web articles, online interviews, or conference speeches. In doing so, the company needs to emphasise how the change fits with what they were doing in the past - the company hasn’t gone mad – but there is something interesting, new, and exciting going on that people should get behind.

Di Stefano and Dalpiaz codified the 30-plus books written by Italian houseware and kitchen utensil company, Alessi. These books were written to chronicle Alessi’s journey over 1979 to 2010. In their analysis, the duo found that the company told a consistent story throughout this period, employing three key narrative practices. And this coherent narrative over the years supported Alessi’s successful strategic transformation.
Based on an interview with Giada Di Stefano. To know more on how to effectively influence how audiences perceive transformative change, find here her academic paper: “A universe of stories: Mobilizing narrative practices during transformative change" (Strategic Management Journal, 2018), co-authored with Elena Dalpiaz. Find the article written by the Imperial College Business School on the same research here: "Get employees onside with a story". Learn in this video some advice of Giada Di Stefano on the daily use of reflexion at work to increase performance.
Related topics:
Leadership
Strategy
Video
Download & Print
Share
FACEBOOK
TWITTER
LINKEDIN
EMAIL

Giada Di Stefano was an Associate Professor of Strategy at HEC Paris and is now at Bocconi University. Her general research interests are in the area...