"United in diversity" is a new series of video portraits of entrepreneurs and change makers, proposed by the Innovation & Entrepreneurship Center and the Society & Organizations Center of HEC Paris, and produced by HEC students currently traveling the world. As part of their trip, the three students went to meet Pauline Laravoire, founder of Y-East. 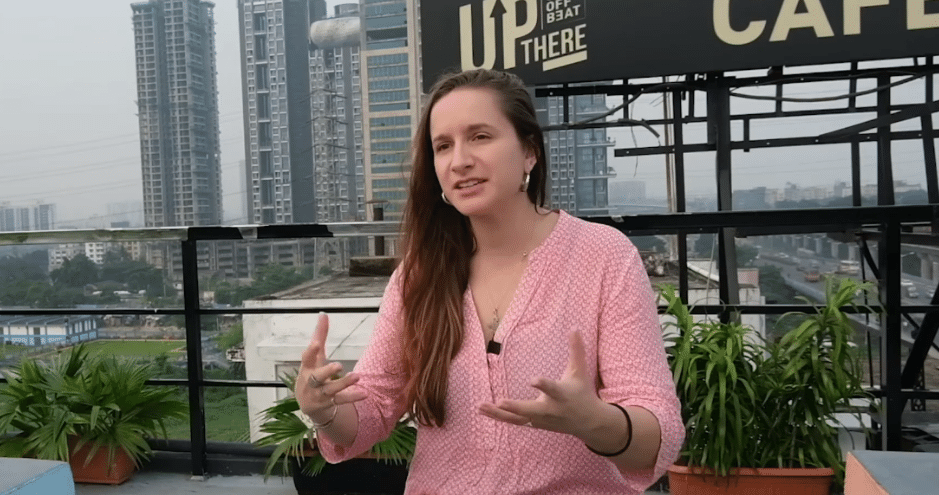 As part of their trip, the three students traveled to Calcutta to meet Pauline Laravoire, founder of Y-East. Y-East is a platform that connects impact-focused organisations working in the social and environmental sustainability sectors in East and North East India.

"We arrived at Calcutta exhausted after a long night train coming from Varanasi. We went straight from the station to the Offbeat CCU building where we were welcomed by Pauline and a delicious juice : what an unexpected but warm welcome ! We spent our 2 days in Calcutta with Pauline and her husband, Meghdut, who showed us around, and we really loved the comfort of this lively place that is Offbeat. The concept of this place is to create an ecosystem of entertainment, sharing, education, fitness, hospitality... all in a single building in the heart of Calcutta ! It's really a great and enriching experience: Pauline and Meghdut have really created something special.

We chatted with Pauline and Meghdut and realized how they used their skills to support global and sustainable initiatives here in Eastern India and that it was the sense of their commitment to the city of Calcutta.

Pauline really inspired us because she has an academic background very akin to ours with a Preparatory Class and a Grande Ecole diploma, but decided to radically change her life by staying in India - though she still evokes her SASI classmates who represent a genuine part of the links she keeps with her French life.

During a lunch, she told us more about what entrepreneurship meant to her, that building communities oriented towards sustainability through her Y-East platform was really where she found meaning in her professional life, that the most important task as a student willing to have an impact was first to be curious about thematics that are key to him rather than wanting to create a company at all costs.

The impressive size of India forced us to leave early the following day as we were awaited in Bangalore, with a long travel ahead. We filmed Pauline's interview in the morning, on the Offbeat rooftop and, after having thanked our guardian angels from Calcutta, we took our backpacks and hopped into a "tuk-tuk" : we still had a lot of people to meet !"

Learn more about the Innovation and Entrepreneurship Center