On October 7, HEC Paris granted the Princeton University psychologist and Emeritus Professor Daniel Kahneman a Doctor Honoris Causa for his lifelong achievements in the fields of cognitive psychology and economy. To mark the occasion, the school organized an innovative live exchange between the 87-year-old world-famous academic and HEC Professor of Strategy Olivier Sibony. The two are part of an academic triad who just published the bestselling work “Noise”.

HEC Dean Eloïc Peyrache and Dean of Faculty and Research Jacques Olivier opened the 90-minute ‘televised’ ceremony in honor of one of the world’s most influential psychologists with a presentation full of friendship and respect. Daniel Kahneman remains as sprightly and intellectually agile as when he accepted the 2002 Nobel Memorial Prize in Economic Sciences. This was apparent during an award ceremony which delved into his long and remarkable life which began in 1934 under the British Mandate of Palestine.

Kahneman’s unique research into human judgment and decision-making under uncertainty marked the academic careers of several HEC professors as it brought together economic analysis and cognitive psychology to forge an entire new field. “From my Ph.D. thesis until today, I was continuously inspired by the work of Kahneman & (fellow Nobel laureate, ed) Amos Tversky,” testified Mohammed Abdellaoui, Economics and Decision Sciences Professor and researcher at the CNRS. Abdellaoui was one of a half-dozen top academics at the business school who opened the conference with homages to Kahneman’s impact on their research and teaching. “I use his book ‘Thinking Fast and Slow’ in my classes every year to challenge HEC students with paradoxes that will help them be aware of some pitfalls associated with  the use of probabilities,” noted Dinah Rosenberg, Professor of Economics who studies dynamic game theory. “Professor Kahneman’s fundamental contributions to the meaning of happiness and subjective well-being have deeply inspired my work on how memories of past consumption may influence peoples future behavior,” added Stefania Minardi, Associate Professor whose research has focused on the foundations of behavioral traits and their economic implications.

The Silver Lining of Pessimism

Economics and Decision Sciences professor Itzhak Gilboa underlined Kahneman’s open-minded honesty: “I recall him telling me, back in the mid-90s, that this or that was ‘much more important than Prospect Theory’. There aren’t many researchers who would say such a thing about the work that made them so famous.” This self-deprecating modesty was evident in the entertaining exchange the Emeritus academic had on stage with his fellow-author and long-time collaborator, Olivier Sibony. Sibony asked him what it was like to start an intellectual revolution in the field of economy back in the 1970s. “It didn’t feel like a revolution,” Kahneman fired back. “But it was a lot of fun. I had no idea it would have such an impact subsequently.” Sibony then asked him what he felt about the label “pessimist” which he often attached to his mindset. “You know,” he answered, “pessimism has a silver lining to it. You are never disappointed and you are often pleasantly surprised. I define myself as a cheerful pessimist,” he concluded, to laughs and applause. 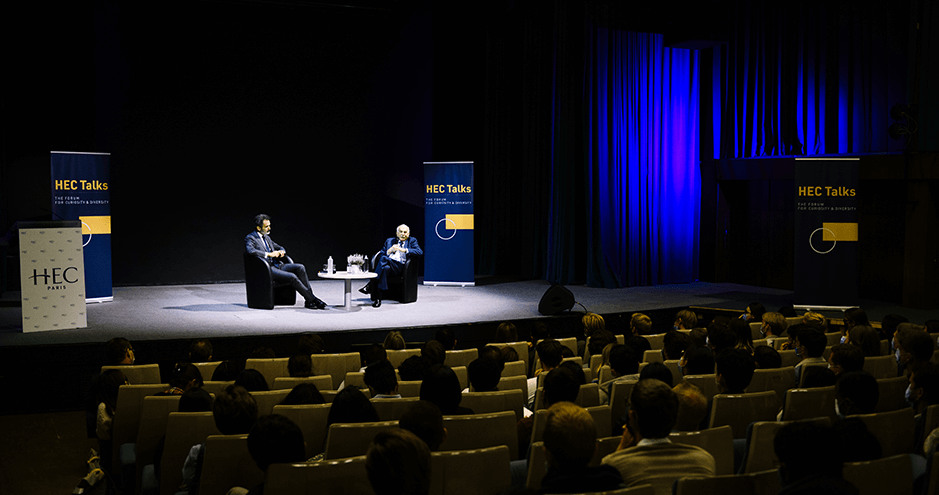 The researcher went on to describe to the large in-person and online audience the genesis of his decision-making theory. This dates back to 1974, when he and Amos Tversky examined the 1738 utility theory articulated by Swiss mathematician Jacob Bernoulli, which was retained for centuries. The pair challenged this theory through their own prospect theory which did indeed revolutionize the decision-making field. “But we were just the first to make something out of the key idea that it’s not just about gains and losses, it’s also about the emotional response to a recent change of wealth.” 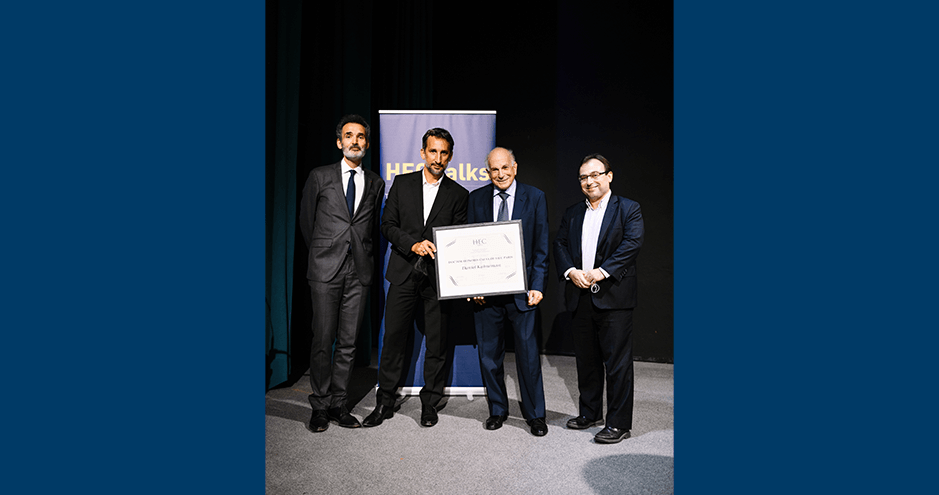 The stage conversation leapt forward from Kahneman’s breakthrough 50 years ago to his latest groundbreaker: the discovery of a damaging and costly form of bias, “noise”, which, despite its name, is a silent predator. Exactly a decade after “Thinking, Fast and Slow”, Kahneman has joined forces with Olivier Sibony and legal scholar, Cass Sunstein, to publish a 454-page study on this human error which is eroding decision-making in key fields. “The justice system, companies, recruiters, health services… they are all paying a tremendous price by ignoring this form of bias. This book, hopefully, will try to improve this dimension of human judgment as it is expressed in these fields.” 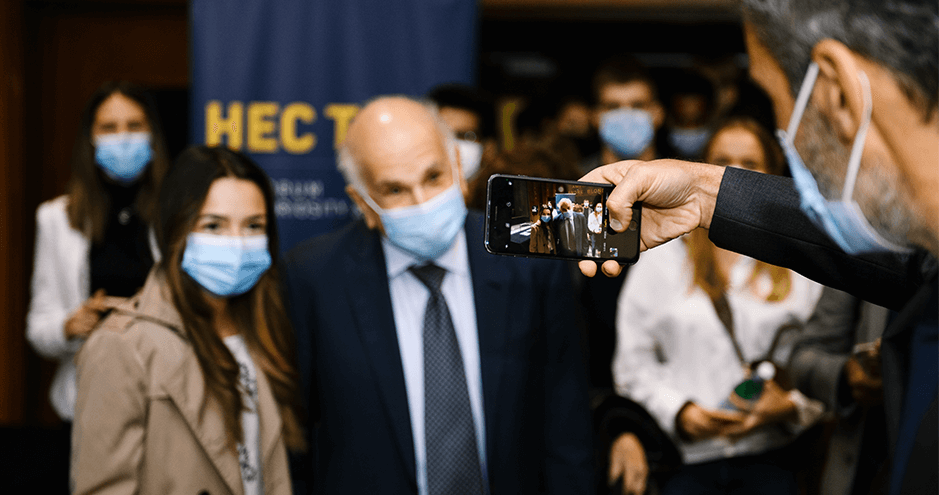 When the floor opened up for questions, they came raining down thick and fast. "What would you say is the prime time to eliminate noise?” asked Sally N. “If everyone has cognitive biases that are difficult to deprograms, then how can we be sure that noise isn’t simply the aggregate outcome of these individual biases?” inquired Claudia of the HEC Ph.D. program. “Do you recommend a trade-off kind of arrangement between bias and noise for inevitable situations?” wondered Sanjay Narain. “What about de-biasing optimism, in order to become a realist?” suggested HEC professor Thomas Åstebro. Naturally, there was no time for the evergreen academic to answer them all before the ceremony bequeathing the Doctor Honoris Causa title to Daniel Kahneman. It was just the latest in a long list of distinctions his work over the past half-century has brought him – with no sign of letting up from the Princeton Emeritus Professor. 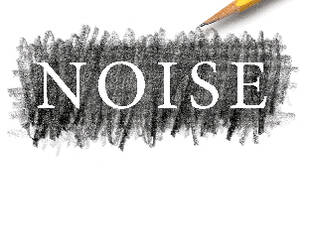 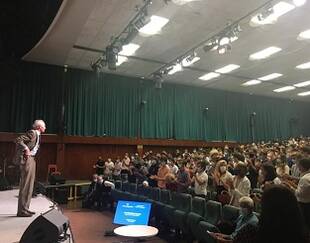 An eventful fall for new students

September is always a particularly intense month on the HEC Campus, with the return of students. This year, the back-to-school period has been long awaited by everyone, both staff and students, after... 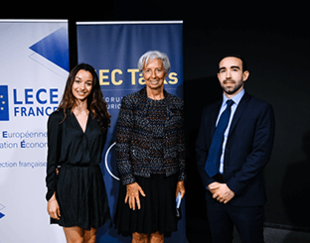