Activist Hedge Funds: Good for Some, Bad for Others?

Recent news cast some doubts about the effects of shareholder activism on firms’ strategic orientation. Hence, the question: Do activist hedge funds help or harm the companies they target? Mark DesJardine of Pennsylvania State University’s Smeal College of Business and Rodolphe Durand of HEC Paris (members of the HEC’s Society & Organizations Institute) investigated the long-term effects of hedge fund activism on companies that get targeted by these activists. In their extensive research, they found the value of targeted companies spikes the first year after targeting but drops in later years relative to similar non-targeted companies. In addition, the authors found that being targeted by activist hedge funds put a halt to the broader investment portfolios and socially responsible efforts of companies. 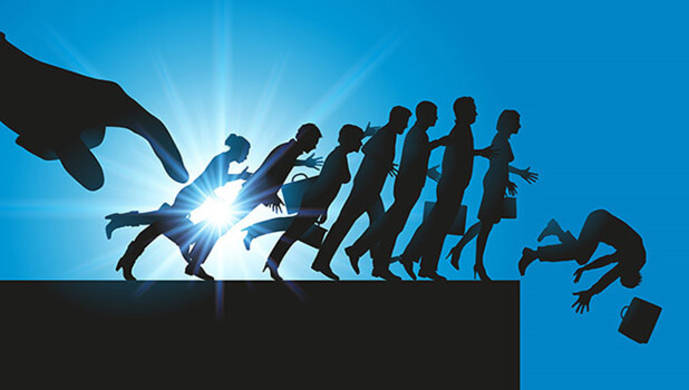 When we hear the word “activist”, we conjure up images of Greta Thunberg standing in Trafalgar Square speaking out about climate change, or anti-war protestors in Paris venting into megaphones. While we typically think of activists as those fighting to advance environmental or social causes, in this sense, the term “activist hedge fund” is something of a misnomer. Activist hedge funds are investors that purchase shares of companies to become active in a different way: they shake management with an aim to make the voice of shareholders heard more loudly. But, as activist hedge funds voice their concerns, we must ask: what are the long term financial and non-financial consequences?

What are the long term financial and non-financial consequences?

In 2016, Nelson Peltz, founder and CEO of activist hedge fund Trian Fund Management, targeted the behemoth Procter & Gamble in a very public campaign. Upon being targeted, P&G’s CEO David Taylor lashed out against Peltz, claiming he “proposed something very dangerous for the long-term future of this company… eliminating our corporate R&D.” Despite Taylor’s concerns, the shares of P&G have steadily risen since Peltz initially targeted the company. But, with sharply rising stock prices, it raises a series of questions about which changes activist hedge funds implement and how those changes will affect the long-term vitality of the companies they target.

A hedge fund is a limited partnership of private investors whose money is managed by a team of professional fund managers. Many hedge funds are passive in the sense that they invest in businesses and then wait for returns to arise over a given time period. In contrast to these more passive funds, activist hedge funds aim to invest in businesses and then take actions that boost the companies’ stock price before selling the shares for a profit soon afterwards. Among other demands, they do this by demanding that companies cut costs, scale back investments, restructure assets and redistribute cash to shareholders. While alone they don’t have the power to make these changes, activist hedge funds can have their demands met by calling upon other shareholders to support their demands. Activist hedge funds’ strategies are sometimes described as aggressive and destabilizing by minority owners and management.

Indeed, some question the long-term effects of activism on the sustainability of targeted companies. Does hedge fund activism redress sleepy management and refocus their attention on shareholders’ interests or does it hollow out the targeted companies?

1.    Company value rises and then falls

In both our sample and in prior research, after being targeted by an activist hedge fund, companies experience an immediate rise in their value. Our research finds a 7.7% uptick in company value in the year following targeting. However, this rise is short lived as it turns negative. In the years that follow, the value of the companies targeted by activist hedge funds steadily drops, falling 4.9% four years after targeting and continuing downwards five years after targeting. Overall, when comparing the total value generated over five years, shareholders of targeted companies benefit from hedge fund activism in the short term but seem at a disadvantage in the later years.

After being targeted by an activist hedge fund, companies experience an immediate rise in their value. However, this rise is short lived as it turns negative.

Two years after being targeted by an activist hedge fund, companies see their corporate social performance fall by 18% on average. By year five, this number becomes 25%. This compares unfavourably to the matched sample of companies that were not targeted by activist hedge funds, where corporate social responsibility efforts steadily rose. The results suggest that as soon as an activist hedge fund takes ownership of a company’s shares, the company is likely to firmly place on hold their efforts to be more environmentally sustainable and socially responsible while the non-targeted firms keep improving–which explains the striking difference.

Corroborating our quantitative results, several activist hedge fund managers we spoke to viewed corporate social responsibility efforts as potentially wasteful. One activist hedge fund manager warned, “Of course I would be glad to be ESG [environmental-social-governance] conscious and responsible, but if that means I’m going to underperform, I’m not going to do it.” A prominent founder of a U.S. hedge fund explained: “Let’s say you go activist on someone. Are you really going to have investors saying, ‘Yeah I want this beat-up company to be green?’ It’s hard enough to make money in this market.” In the view of these activist hedge fund managers, investing in long-term sustainability plans can conflict with maximizing short-term financial performance—which many of their investors likely prioritize.

In the view of these activist hedge fund managers, investing in long-term sustainability plans can conflict with maximizing short-term financial performance.

There are immediate and steady job losses after an activist hedge fund targets a company. Controlling for changes in company size, after one year, the number of job losses amount on average to 4.5%, which continues to grow to 7% by year five. For an average company in our sample, this equates to a loss of 383 to 642 employees. Like job losses, operating expenses fall at companies targeted by activist hedge funds. Two years following targeting, operating expenses fall by 4.7% and continue falling, by 6.6% in year five. This equates to average cutbacks in spending of between $22 and $31 million. Research and development spending also decreases, by 6% in the first year after a company is targeted and by 9% five years later, equating to cutbacks of between $6 and $10 million for an average-sized company. Across the board, companies slash spending after coming under pressure by activist hedge funds.

Our interviews with managers at activist hedge funds confirmed that they take risks when investing in companies and aim to sell their shares in companies shortly after their initial purchase dates. Sometimes they would hold shares for one to two years and in extreme cases for three years, but ultimately they would exit as soon as value was created for shareholders. Because managers at activist hedge funds are evaluated on a monthly basis and rewarded for short-term performance, they are driven to reorient companies’ activities in a way that generates market value sooner rather than later. These incentive structures and performance pressures help explain why activist hedge fund managers curtail spending that they judge will be unlikely to maximize value in the short term.

The data we collected further suggests that when an activist hedge fund takes ownership of a company’s shares they can rapidly reconfigure the company, maximizing its profitability and market performance. However, we found that compared with similar non-targeted companies, the costs of these financial gains are later incurred down the line by other stakeholders, including employees and long-term shareholders.

At a time when activist hedge fund campaigns are gaining in popularity and potency, providing evidence on the long-term financial and non-financial implications of hedge fund activism is critical. Based on 16 years of these campaigns, our research provides valuable guidance to executives and shareholders of any publicly owned company targeted by an activist hedge fund, as well as to policy-makers looking to address the regulatory freedom of hedge fund activists.
Based on an interview with Mark DesJardine and Rodolphe Durand and on their academic paper, “Disentangling the effects of hedge fund activism on firm financial and social performance” (Strategic Management Journal, January 3, 2020).
Related topics:
Strategy
Sustainable Development
Governance
Ethics
Download & Print
Share
FACEBOOK
TWITTER
LINKEDIN
EMAIL

Mark is an Assistant Professor of Strategy and Sustainability at the Pennsylvania State University’s Smeal College of Business. Prior to joining Smeal...