HEC Paris Professor Jeremy Ghez answers questions on the impact that the economy and the COVID-19 health crisis could have on the November 3 presidential elections. Ghez is the author of “Etats-Unis: déclin improbable, rebond impossible” (“United States: Improbable Decline, Impossible Rebound”), described as “one of the only books offering a clear and detailed explanation of the reasons behind Trump’s unexpected win [in 2016].” 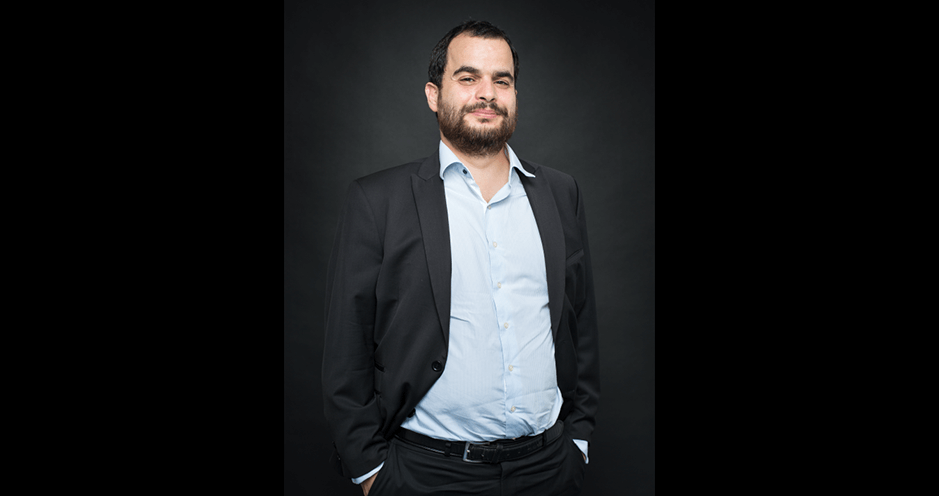 The U.S. economy created 661,000 jobs in September, while unemployment fell by 0.5%. Since May, the country has created 11 million jobs. However, this rise in employment figures represents about half the number of jobs that the health crisis and the subsequent lockdowns destroyed. In this context, is the US economy on the road to recovery?

Jeremy Ghez: This is a critical question. In poll after poll, we see that Americans credit Donald Trump for the good performance of the US economy. After all, before the health crisis, the US experienced its longest expansion of its history: it lasted 128 months – or eight more than the previous record established between the end of the Cold War and the 9/11 attacks.

Recent news about long-term economic trends suggest that, economically speaking, the US is doing well. We learned last month that the median income of US households increased by nearly 7% in 2019. Supporters of the president have suggested that the current Administration’s efforts to deregulate and to reform the very complex US tax code helped businesses hire – which led to an improvement of the financial situation of all Americans - including the most vulnerable ones. In addition, reports have shown that many of the stimulus checks that most adult Americans received as part of the response of the US government to the recession have been used in part to invest in stock markets. The stock market surge that we observed this spring and this summer has contributed to a 7% increase of the net worth of US households in the second quarter of 2020. This explains why the stock market rebound is so important for US households.

Most Americans seem to believe that, had it not been for this health crisis, the prior expansion could have continued. If the US is indeed on the road to recovery, this would significantly strengthen Trump’s reelection chances. This explains why the US president is often referring to the state of the US economy – it may be his best asset for reelection. It also explains why, in spite of the fact that Americans are not pleased with the way the health crisis has been managed, the incumbent president, Donald Trump, still has his chances of being reelected: the economic argument, we all know, has always been influential. However, 2019 and the rebound of stock markets may have been positive news for many Americans. But this may not last.

There is indeed a paradox. There are reasons to believe, in fact, that the argument about the state of the economy may not be as impactful as it has been in the past. First, there’s a question of timing and speed. The creation of more than 650,000 jobs in September suggests that job creation is slowing down after its peak of 4.8 million in June. The month of May was a clear turning point, but we may have reached the end of this process, since the US economy is still missing 10 million jobs compared to before the pandemic. A UBS economist, Brian Rose, believes that 5 million Americans may have lost their jobs permanently. A hiring lab in the US called Indeed also found that job postings in big cities like New York and San Francisco are down by 30% compared to 2019. It may be years before labor market recovers from this.

So, whereas the supporters of Donald Trump were hoping for a quick, V-shaped recovery, with the economy rebounding as quickly as it descended into recession, other economists are fearful about the prospect of a slow, laborious recovery. Instead of a V-shaped recovery, they imagine more of a swoosh-like bounce, taking the shape of a famous sports brand logo.

Beyond the timing and speed of the recovery, there’s the question of who will benefit most from this recovery…

There’s a joke among economists that we tend to relearn the alphabet in times of crisis in order to determine the shape the recovery will take. According to this view, the rebound won’t look like a V or a swoosh but rather like a K. Part of the economy and of the population will enjoy a rebound, while other sectors of the economy, along with the most vulnerable Americans, continue to experience major difficulties and cannot bounce back.

The effects of this crisis have been very unequal. In the words of the Washington Post, “No other recession in modern history has so pummeled society’s most vulnerable … Job losses from the pandemic overwhelmingly affected low-wage, minority workers most. Seven months into the recovery, Black women, Black men and mothers of school-age children are taking the longest time to regain their employment”. During the Great Recession of 2008, the effects on the job market were far more evenly distributed. Not this time.

Similarly, some economic sectors, like tech, some parts of retail and software services, are thriving in a post-COVID business environment. Others, like travel and airline industries, entertainment, hospitality and food services, are devastated. Job cuts in the airline industry or at Disney serve as powerful reminders that this recovery is, at best, uneven.

I imagine the timing, the speed and the question of who benefits from this recovery must be critical issues for this White House to address?

Yes, and it could undermine Donald Trump’s narrative of an improving economy. The way this crisis has been managed, and the fact that is has affected so many vulnerable Americans are both likely to play an influential role in debates – as influential, potentially, as the state of the economy has played in past campaigns.

And what are the other key topics during these elections?

There’s the country’s foreign policy and intentions around the globe, especially with regards to international trade. Critically, Americans will reflect on the balance in the Supreme Court, after the death of Justice Ruth Bader Ginsburg. Or the future of the American social pact, in the wake of racial tensions we saw, again, this summer.

These questions matter. But it feels as if they are largely overshadowed by the current economic conditions Americans perceive every single day. The main obstacle to recovery remains the health crisis. So long as this health crisis lasts, expect the tensions between economic recovery and health crisis management to be at the heart of campaign debates.

?️ #Elections2020 Less than a month to the US #ElectionDay , quick take by HEC Paris professor @jeremyghez on the particularities of the Presidential campaign thus far #OctoberSurprise cc @HECKnowledge pic.twitter.com/DwvE54Xe9R

Every day seems to bring its new lot of revelations and controversy, it’s an American election like we’ve never seen before…

If you’re feeling confused about what is happening … well, I don’t blame you. Just this weekend, conflicting information about the health of the president led many to wonder if this was a turning point in the campaign. Was Donald Trump being tested positive for Covid-19 the famous October surprise, as historians have come to call these events that disrupt the election dynamics late in the game?

It’s hard to say at this point, for many reasons. First, remember that just a month ago, our worried eyes all turned to the wildfires in California. But that seems like ages ago. Since then, the historical figure of the Supreme Court, Justice Ruth Bader Ginsburg, passed away. Then, New York Times revealed information about the president’s tax records. And an explosive first presidential debate rocked this campaign even more.

So, by Election Day, will we even remember that the president tested positive for COVID-19? The president overcame the virus quickly, and this personal victory will translate into further political victories – because he considers himself unbeatable.

But beware of the backlash. This virus has killed over 200,000 Americans. Polls show that if the conversation is about the economy, Trump has an advantage over Joe Biden. But if this conversation is about the health crisis, the pendulum could swing Biden’s way. Unless an unexpected event changes the very course we are on. At this point, it is hard to imagine what game-changer would… But, as you said, this has been the most unpredictable of election campaigns!

?️ #Elections2020 At 20 days to the US presidential #ElectionDay , 9 out of 10 Americans have already decided who they will vote for. Quick update by #HECprof @jeremyghez ⬇️ pic.twitter.com/EypZRN0oH4