22 years after co-founding Netflix, Reed Hastings revealed to HEC students and staff some of the ingredients behind his company’s global success, as well as the challenges lying ahead. The evening event attracted a packed house, keen to hear about the rise of a streaming empire which has reshaped the media industry. 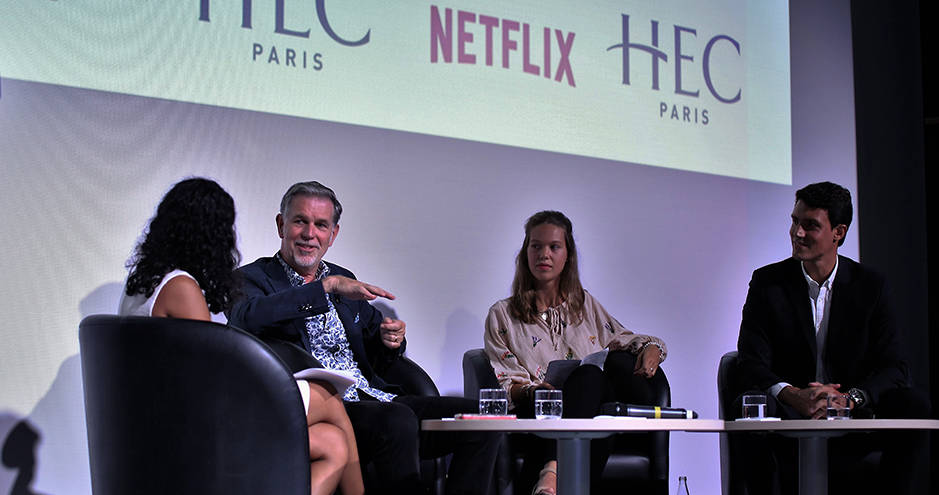 Co-founder Reed Hastings once described his initial decision to create Netflix as an act of “stupidity” which demanded “an almost irrational degree of confidence": “As an entrepreneur you have to feel like you can jump out of an airplane because you’re confident that you’ll catch a bird flying by,” he said. “It’s an act of stupidity, and most entrepreneurs go splat because the bird doesn’t come by. But a few times it does.”

On a mellow September 16 evening at HEC, the debonair 58-year-old preferred to describe his ascension as “a series of very lucky events”. Netflix, Hastings remarked, was born from the accumulation of “terrible ideas”. “I’m a little obsessive,” he told the full house at Blondeau Amphitheater, “I once composed a detailed business plan for a “foot-mouse” for my laptop which would save time. But I found out that floors are very dirty and I quickly got cramps in my leg.” Undeterred by repeated failures, the American entrepreneur explored “dumb” projects, one of which, Pure Software, took off in 1991. “Dark humor has always helped me ride these challenges. There is no avoiding failure in entrepreneurship. You just have to accept this probably won’t work but you’ll learn a lot on the way.” 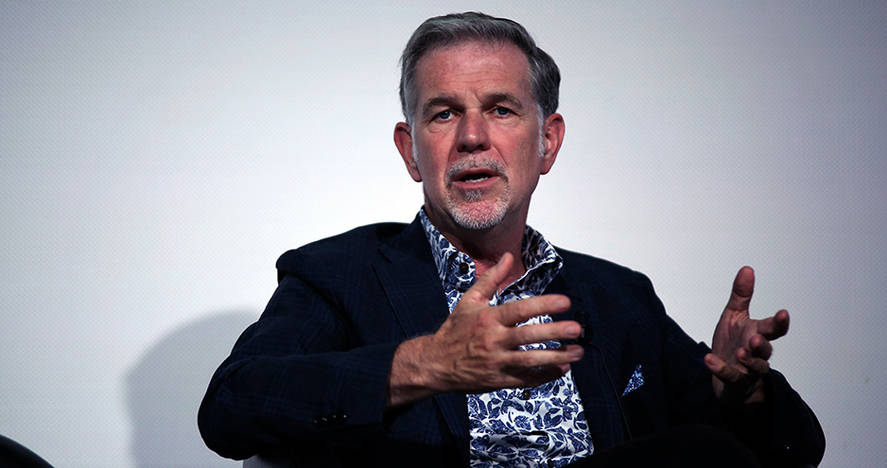 Reed Hastings fielded a wide variety of questions on his business philosophy, his philanthropic projects and the future entertainment challenges. They were asked onstage by three students, Agnès Ignace (EMBA), Arnaud Steinfels (MBA) and Rozenn Révois (Grande Ecole). The queries ranged from the chairman/CEO’s hiring policies to his iconoclastic managing practices (including his controversial keeper test) and his response to the challenges posed by Apple and Disney. “I avoid war metaphors,” the former engineer told a captive audience in response to the latter. “I see my competitors in cultural entertainment more as athletes on a running track. We might jostle each other a bit but we won’t try to trip each other up.”

The Netflix CEO arrived at the Jouy campus riding on a media buzz over his company’s distribution deal with Canal Plus, signed the same day. In answer to Arnaud Steinfels’ question on job opportunities, Hastings saw HEC graduates playing a role in content development and management at a Netflix office which is due to open in Paris at the end of 2019. “There are incredible creators here in France and French movies do well for us globally. We can grow from our current 6 million subscribers and not bring others down. Just look at how well HBO has done since we arrived on the scene.” 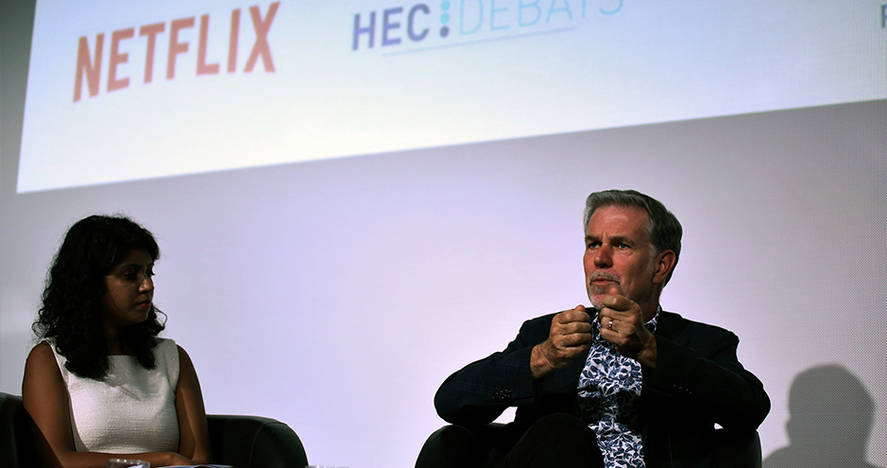 The streaming giant has enjoyed phenomenal growth (150 million members worldwide) since its birth in 1997 and currently has a net worth of $3.2 billion. But Hastings saw certain dangers looming ahead: “(Audiovisual) entertainment is a deep part of human psychology. Companies like Disney abide by the same rules as us. But I worry about a pharmaceutical company inventing a pill providing better entertainment than our movies. Substitutions like this or the misuse of AI could change our markets and behavior – for the worse.”

Meanwhile, the California-based CEO is relishing new challenges. “We are a very flexible company. In the battle against Blockbuster, we did well in the past. Now, we’re going to compete with Disney by investing in animated movies.” Perhaps Reed Hastings and his Netflix staff will find inspiration in places he says sometimes work best for creativity: under a shower, on vacation or simply whilst going for a jog.