In April, HEC Paris began its drive to recruit 25 climate-focused who will join its newly-Creative Destruction Lab called CDL-Paris. The early-stage program for science and tech-based companies designed to enhance the performance of tech leaders through intense interactions with seasoned entrepreneurs. CDL-Paris is the seventh university to join the. 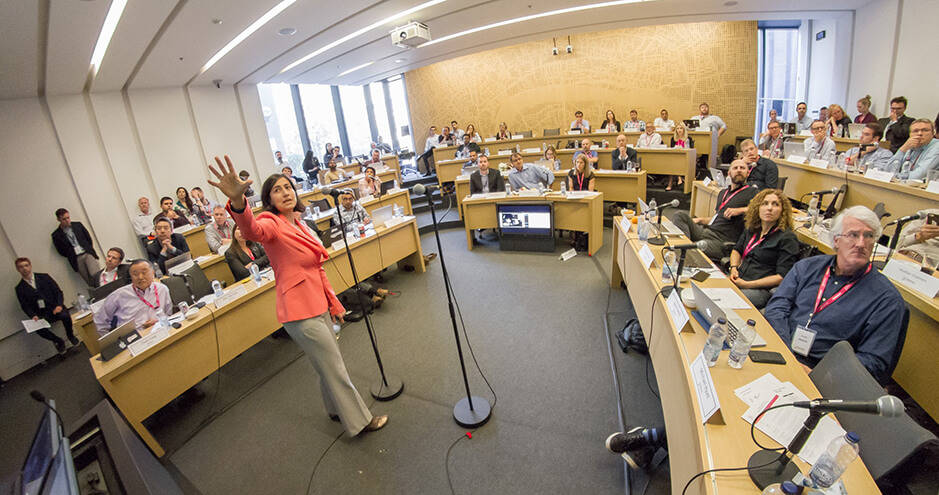 What do Backrub, later known as Google, and Arm plc have in common? Both tech companies were born in research laboratories of universities, the former in Stanford University, the latter at Cambridge University. Such phenomenal commercial and technological successes have persuaded the team behind Creative Destruction Lab (CDL) that there is plenty more where that came from. For the past eight years, the Canadian nonprofit organization has been tapping into the huge potential of the world’s top universities allying themselves with deep tech engineers and scientists. Faculties, it seems, have a much longer horizon to develop technology, 20-30 years, while investors only have a maximum of 10 years. Combining the two is making CDL arguably the best entrepreneurship program to come out of academia this past decade.

The idea germinated back in 2012 when Rotman University Professor Ajay Agrawal decided to try to answer one basic question: why is it harder to build startups outside of Silicon Valley? The answer that kept coming up? A failure in the market for high-quality judgment. “Engineers have deep expertise in their technical domain, but lack business judgment,” explains the founder of CDL, working out of . “They are regularly faced with a to-do list of hundreds of things they could be doing to build their business, but don't have the cycles to do all those things, and so they have to pick from the list. Judgment is the skill of prioritizing the list."

Eight years on, and  have yielded solutions of unquestionable success and pedigree. “I wanted to see it for myself, so I went to the fifth and final stage in Toronto,” says CDL-Paris Academic Director Thomas Åstebro. “That’s when entrepreneurs from all partner come together in June of each year. It’s the final sprint and I witnessed an accelerator operating at a completely different speed, intensity and quality to anything we know in Europe. The program wheeled me in, hook, line and sinker.”

CDL’s triumphs speak for themselves. The organization has helped successfully commercialize cutting-edge science and technology companies that has created almost $ billion in equity value and an estimated 1,800 jobs. Over 1,500 company founders from more than 30 countries have so far participated in the CDL program, and the meteoric rise of firms like Energy X, Favor, North and Roadbotics testify to their success. No mean feat after years when the notion of putting academia and entrepreneurship in the same sentence felt to insiders like mixing hot oil and water. A report from MIT revealed that less than 1% of academic research converted to viable business was enough to persuade Ajay Agrawal to seek new avenues to convert trillions of dollars of unrealized economic potential into successful businesses.

The equation change-maker consists of five eight-week sprints geared to transform deep tech startups into financeable and scalable companies. This is accomplished thanks to the committed mentorship of top entrepreneurs in the field, hands-on guidance from world-leading scientists and economists, advice from some of the world’s best business students, and unique access to business angels and VCs to raise capital. This chemistry is distilled into five intense one-day sessions followed by the do-or-die sprints.

Each university has a regional focus. CDL-Paris’ zone is continental Europe and Africa. With Brexit complicating geographical access for Oxford University, which runs the other CDL program in Europe, HEC appears in an ideal position to make rapid inroads in the continent’s business communities. “We are currently enjoying global rankings to attract top candidates and mentors to the program,” insists Thomas Åstebro. “With the current health crisis, there will be a huge shock to the global economy and its supply chains. CDL-Paris has a vital role to play in reconstructing new and alternative business forms, especially as far as climate and other environmental issues are concerned.”

Indeed, the first cohort will focus on the challenges posed by switching from a polluting economy to a cleaner economy. “We are seeking startup founders with deep tech abilities that can transform the economy,” continues Åstebro. “Startups in line with HEC philosophy will be screened between now and end-August and the list of high-potential participants will be announced a month later.”

The first session kickstarts on October 27 in Paris. Sofia Hmich is convinced it will tap into France’s long tradition world-renowned science research. The founder of Future Positive Capital is one of the pioneering partners of CDL-Paris: “CDL delivers what these science-driven companies truly need: experience-based and actionable guidance to accelerate the go-to-market.” To reach the final Toronto sprint in June 2021, the 25 will have to scale mountains during each of the four sprints. “After every session, they go off for eight weeks and must return with solid improvements,” admits Åstebro. “They will be accompanied by the best and brightest of our HEC students, who are involved in the program as part of their MBA degree; for them, this is an intense and hugely enriching experiential learning where they interact with cutting-edge innovators, propose and then see some of their ideas give birth to concrete improvements.”

The program has an operational budget of €1.5 million. After an initial focus on climate, the program directors are considering a 2021 stream devoted to health or security.