HEC Paris organized with Ecole polytechnique its first-ever symposium exploring the borderlands of law, technology and society on December 1-3, 2021. It brought together researchers and professionals from both sides of the Atlantic for three days of reflection and debate. The event focused on the emergence of algorithmic law at a time when mathematical formulae and computer code continues to make significant inroads into our daily lives. 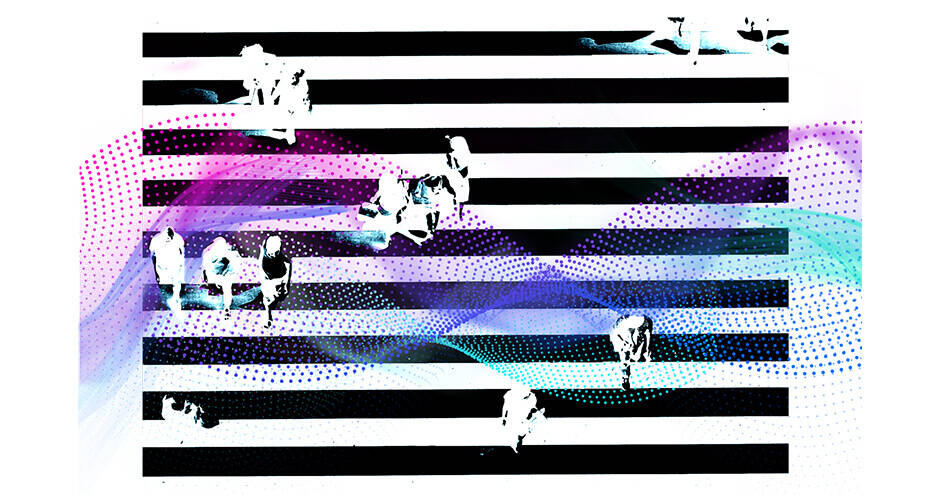 Welcome to the Age of Algorithms, declared technology expert Natneet Alang in a recent New Republic article. This organizing principle is ruling the world, he pursued, equating algorithms to “silent workhorses aligning datasets and systematizing the world.” These algorithms help societies to make decisions or establish instructions that shape the outcomes of markets, state and society. “They’re everywhere, in everything,” concluded the Toronto-based writer, “and you wouldn’t know unless you looked.”

Since these instructions guide reality, algorithms are normative and constitute algorithmic law, underline David Restrepo and Michalis Vazirgiannis, organizers of December’s inaugural HEC Algorithmic Law & Society Symposium. “In this context,” they note, “the idea of SMART – acronym for Scientific, Mathematical, Algorithmic, Risk, and Technology driven – Law becomes a perspective for analysis of new regulatory techniques already applied for taxation, fin tech, and banking, among other fields.”

With these words, the two professors invited 47 academics and practitioners to plunge both the live and online audiences into multi-disciplinary discussions on algorithm, AI and machine learning. These leading exponents of algorithm research exposed the latest experimentations in fields as diverse as justice, health, banking and fintech.

There were groundbreaking presentations from the four corners of the earth. They included the use of algorithmic decision systems in the U.S. administration (David Engstrom, Stanford University) and the Brazilian courts (Luisa Hedler, Copenhagen Business School); the links between algorithmic law of business and human rights (Larry Cata Backer, Penn State University); the fairness of credit scoring models (Christophe Pérignon, HEC Paris); algorithms as democracy boosters (Paolo Cavaliere, Edinburgh University); political bots regulation from a political rights perspective (Milène Hauri, University of Geneva); and contract in code (Megan Ma, Stanford University). The results of these explorations are opening new horizons while often questioning the delicate ethical questions they provoke.

Indeed, as the research titles indicate, the academics did not eschew the challenging questions linked to human rights, privacy and ethics. Several cautioned against accepting algorithmic decisions as sacrosanct. “AI technology tends to be black boxes,” explained Vazirgiannis, shortly after his keynote speech on a model adaptation for French legal text called JuriBERT. “You input and the algorithms give you an answer. But how have they been trained? Data is crucial. If the data is prejudiced, so is the model. These models are often very complicated with hundreds of millions of parameters, leading to very complex mathematical functions. Even skilled mathematicians find these impossible to interpret because our cognition capacity is not very high.”

As a result, there is an effort to downgrade the complexity of the models and group them together. Vazirgiannis continued: “That way, we approach human cognition. But it’s not easy to juggle between models that are simple enough to understand and good enough to perform.”

Vazirgiannis has been collaborating with David Restrepo for years on mining legal data from French court documents and decisions in order to “decrease the asymmetry of information of the legal system and the access-to-justice gap.” Their collaboration – one a leading researcher in data science at Polytechnique, the other a legal analytics specialist at HEC Paris - is indicative of the cross-disciplinary approach espoused by the researchers at the symposium. “I’ve been studying the reflection of algorithms in the legal system since 2014,” explained Restrepo after his keynote speech entitled “Law in our Society”. “We studied what the legal documents from the French courts can tell us about the performance of lawyers in the courtroom”

“The overlap in interests between us are remarkable,” added Vazirgiannis. “It was tedious work. But the automated process speeds things up and is more impartial.” Their work did not focus only on the statistical model of the data-making process but fed the model with elements such as the NLP language models. They revealed just how pervasive the algorithms have become. Restrepo elaborated: “The most important point we make centers on explainability in the legal domain. For example, when a judge is deciding a case, what is traditionally relevant from a legal perspective is the justification contained in the decision and not what’s going on in the head of the judge. This symposium questions this distinction and discusses its relevance for algorithmic law. Should algorithmic ‘explainability’ in law require an explanation of the code and its decision rules, or should it just require a legal justification of the output?  Moreover, the discussion also raises new concerns regarding how human and artificial intelligence compare and can complement in legal decision making to avoid issue such as bias and noise.”

The four other keynote speakers defined this drive for algorithms to open up. The charismatic Chilean-Spanish-American academic, Cesar Hidalgo, shared his platform for augmented democracy in challenging contexts. The Director of the Center for Collective Learning at Toulouse University began working on this platform initially at the School of Engineering at Harvard: “It became popular amongst my students – at the time I was teaching at the School of Engineering – and, through word of mouth, it made it to the Kennedy School. Before we knew it, we had platforms in Chile, Lebanon, Georgia and Colombia.” In Lebanon, the platform helped strengthen judicial independence by appointing a committee of judges to draft a road map to reclaim public funds.

In Chile, meanwhile, it zoomed in on disagreements between citizens, something which Hidalgo found more interesting than points of harmony. His team focused on predictions in terms of popular mobilizations and the creation of a new constitution: “It is possible to augment the participation in these systems using an algorithm. I wouldn’t even call this artificial intelligence. This is taking a matrix, multiplying it by the transpose and using that as your prediction kernel.”

Hidalgo and his team have since been working on Chilecracia, a platform which allows people to build a new constitution collaboratively, thus supporting the institutional process. Moderating his keynote speech, Jean-Noël Barrot drew a parallel with France where he is an elected member of the National Assembly: “Your work shows that representative democracy is broken and having a hard time delivering on its promises,” said the HEC Associate Professor in the Finance department. “And I speak as an elected politician here! This problem boils down to the frequency of the electoral process, to the scope of decision-making and the interface used. The way we live day by day has changed and we have stopped allocating our attention to issues like we did in the past. We can no longer summarize our vote as a for-or-against process every few years on projects that span a full dimension of issues that voters experience. So this process must be readapted, especially in France. For it’s even worse here since representative democracy has a majority component. This leads to swings in power because it’s a winners takes all system.”

With the general elections only months away in France, the data-based platforms Cesar Hidalgo is working on could be even more relevant: “This project is new,” the Toulouse-based academic concluded, “and hopefully we’ll be deploying it in many schools to help promote civic education. But we also to help create a new generation of people that see this idea of designing tools for participation and having better interfaces between democracy and the citizens is something they should demand.”

For the organizers, this first-ever inaugural HEC Algorithmic Law & Society Symposium  was a resounding success. The academics left the three-day symposium determined to establish new collaborations and to continue advancing the awareness and understanding of AI, both in legal institutions and society at large. 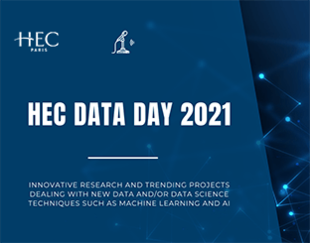 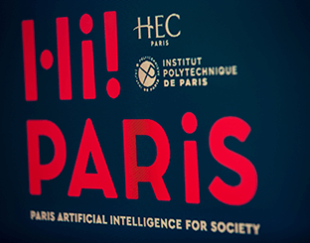