Transporting Energy into the 21st Century

The eighth edition of the HEC Energy Day brought together academics, students, public sector representatives and corporate leaders to discuss the challenges for the world’s transport sectors. Two panels explored new technology and infrastructure as the world grapples with its energy and carbon footprints. 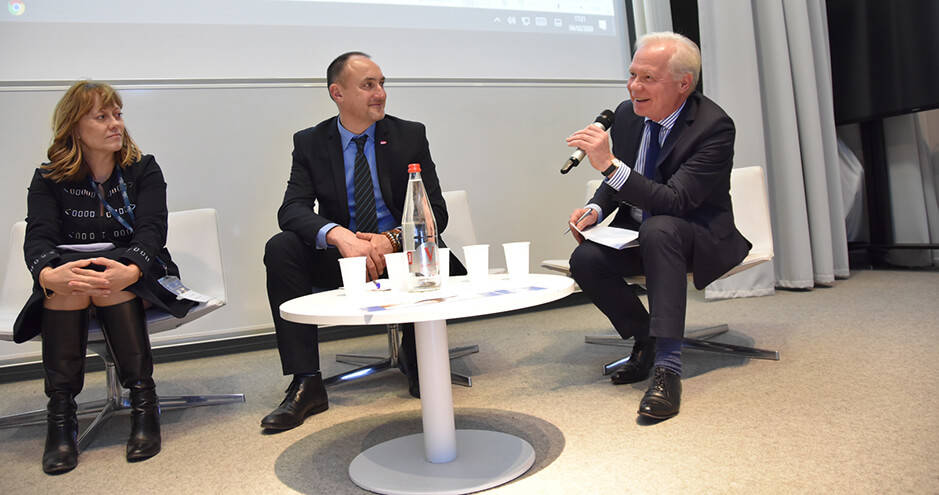 “In our previous annual meetings, we have been overlooking a vital factor residing at the heart of our economy, that of transport,” admitted Jean-Michel Gauthier, the longtime holder of HEC’s Energy Chair. With these words, he opened the evening event in Bellon Amphitheater which featured two panel debates and a keynote speech by Patrick Perreault.

“Yet transport is vital to the global economy and will grow with the exponential demands for mobility. Experts anticipate this to increase by about two-thirds in the next two decades! Significant technology breakthroughs will be needed to ward off the inevitable climate changes and meet the requirements of the Paris Agreement.”

Patrick Perreault is the Société Générale Co-Head of Mergers & Acquisitions. In his lecture, he epitomized the engagement of the private sector to answer the formidable challenges posed by global heating and these growing demands for mobility. “There has been a fundamental shift in public scrutiny and demands for accountability,” Perreault insisted, “and HEC must be at the heart of answers to these major changes.”

Layal Nabhan concurred, underlining the rarity of such exchanges between students and professionals. “It’s very important that our students understand the challenges and complexities of an energy industry that many will be joining soon,” said the head of wholesale client experience at Société Générale and an HEC academic. Nabhan has been researching the energy transition and power economics for years. “People underestimate how complex the energy shift will be for large actors of the energy infrastructure. This is not only about small private equity investments in startups generating ideas and returns. We need to understand the larger spectrum, which goes beyond solutions of  car-sharing and individual mobility to encompass transitions in large industries such as maritime transport, automotive and aircraft manufacturing and utilities.” 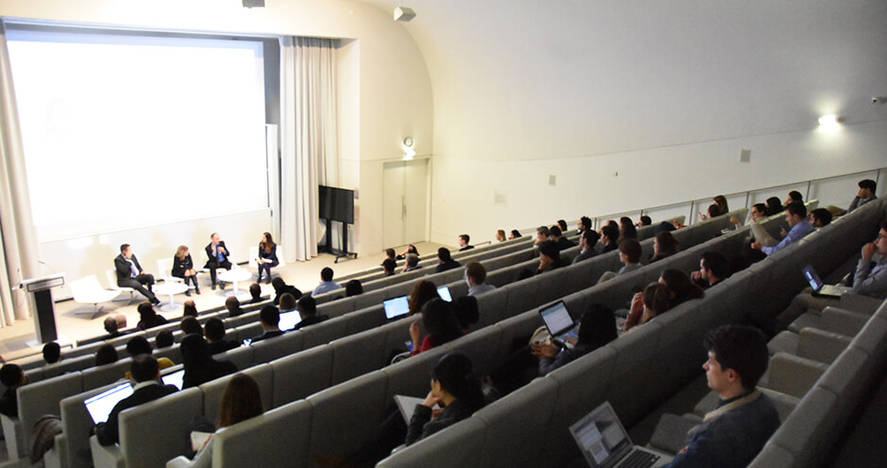 Layal Nabhan was moderating the evening’s second panel devoted to the technology breakthroughs of the future and its impact on road, aviation and rail sectors. “There is a high degree of awareness amongst us students of the energy risks,” said MBA student Mayara who was particularly impressed by the caliber of panelists hailing from companies such as Nissan, Schneider Electric, the SNCF and the Vulog mobility start-up. Mayara and her fellow Brazilian student Guilherme enrolled in the MBA program in part to gauge the French rail transport system: “Both France and Brazil have the same extensive networks stretching to about 30,000 kilometers” said Guiherme. “However, our country is 4-5 times bigger and, while France has electrified half its network, we’ve only transitioned 1,000 kilometers of ours. So we’re keen to know how it’s done here.” 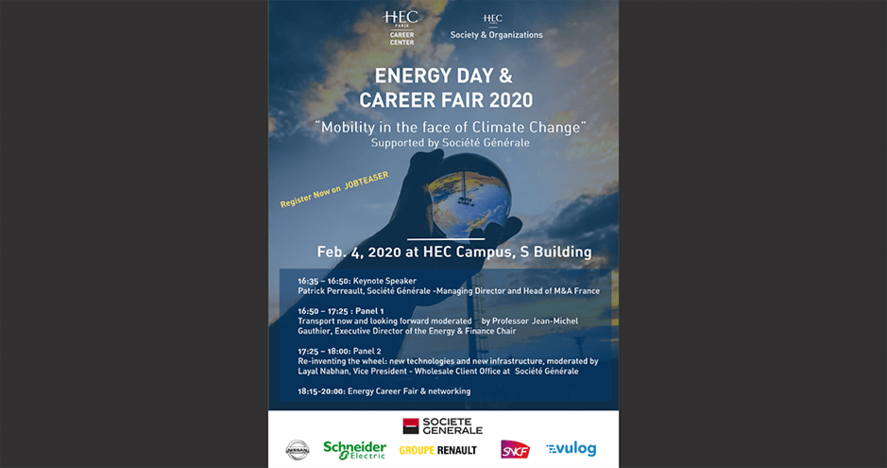 Recent graduate from the SASI Master, Sushil Reddy exposed his ambitious project to harness solar energy for the huge rickshaw (called tuk-tuks locally) transport system in his native India. “By 2030, India aims to be a 100% electric vehicle (EV) nation. The government is investing in alternative forms of energy for its transport networks but it is meeting widespread skepticism. I’m hoping my project to eliminate pollution generated by the tuk-tuks will help overcome these doubts.” The graduate from Mumbai has just completed

“Students and the new generation of graduates are aware like never before of the importance of generating a mind-shift in energy transition,” said Layal Nabhan. “But their role is not to green everything and demand immediate solutions. Their role is to find solutions and simplify the complexities that are slowing down the procedure.”