For the third time since TED was conceived in 1984, HEC Paris students organized a TEDx event, choosing “Crawl, Walk, Talk” as the 2019 theme. The April 5 gathering was played out in front of a privileged crowd which witnessed 14 students, academics and entrepreneurs share personal journeys from “its nascent stages to one of finality”. 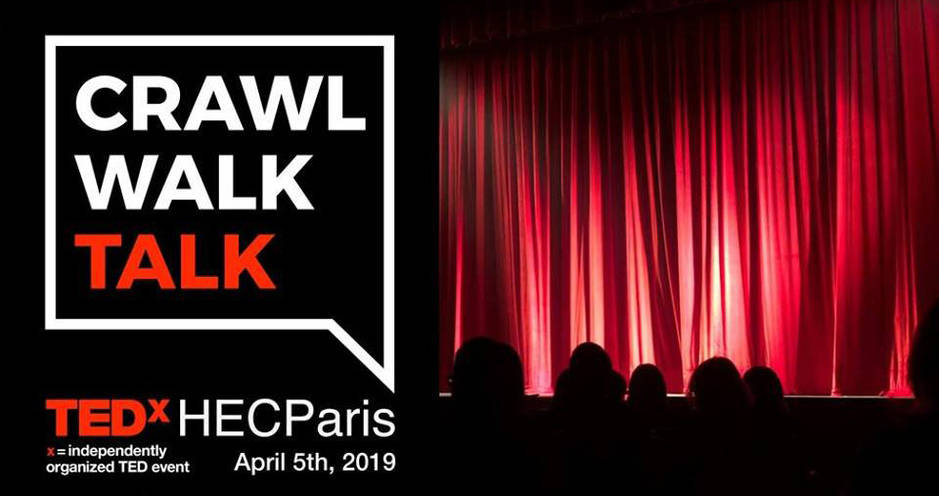 It took several months and the concerted efforts of 13 student organizers, plus an inter-disciplinary HEC jury of six, to whittle down 87 applicants to the 15 speakers for the HEC TEDx event. 14 of these performed at the Bellon Auditorium as, sadly, MiM student Julie Andrieu, was hospitalized on the eve of the event. Each one of these ‘finalists’ shared their vision in the hope, according to the organizers, to give the business school population an incentive “to be better public speakers”.

The theme was born of the realization by the MBA Public Speaking Club that HEC fellow-students are failing in the crucial practice of public speech. Co-organizer Patricia Wilson is an MBA student whose professional involvement with Iron Mountain stood her in good stead for the rigors of setting up the TEDx. She elaborated on the reasons for the 2019 theme: “My fellow students were full of amazing ideas but seemed to struggle when it came to presenting their ideas in front of the class. It sat in stark contrast to how well-spoken they were in casual conversation.” 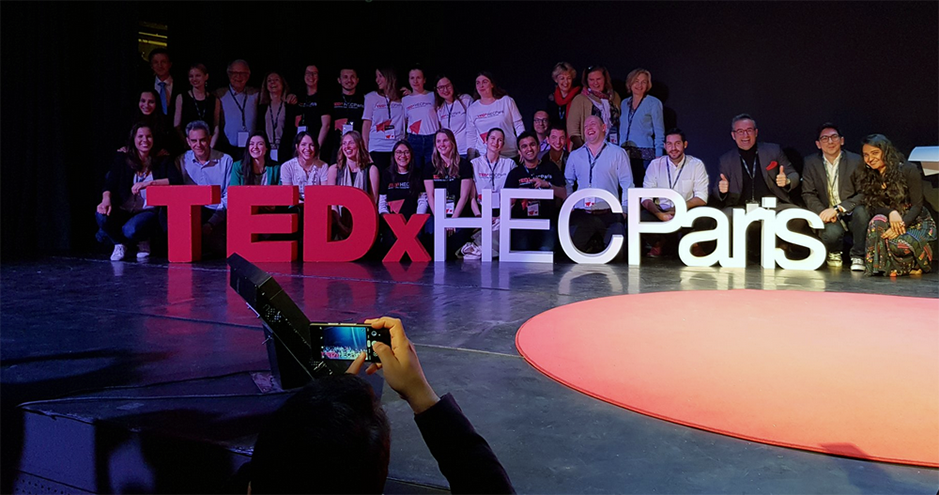 Patricia and a dozen student volunteers realized the best way to hone this crucial skill was by turning to a competition centered on oratory skills: “Not only could students showcase how impressive they are but it could also give them the incentive to practice their public speaking skills.” The scale they decided on was far more ambitious than the two previous editions. In 2013, two students organized an event centered on “A Turning Point”. A year later, Master’s student Mina Jurisic brought together seven fellow-students to focus on the theme “The Avant-garde”.

This time round, the organizers’ proposal to discuss ideas that “Crawl, Walk, Talk” encouraged a wide and rich diversity of candidates. Successful proposals reflected this variety and the following is just a sample: astrophysicist and Professor Hervé Dole drew from his long experience in deep space to reflect on the origins of the universe. Senior manager Lucas Carbonaro mused over his desire to prove himself by swimming the English Channel.  There was the questioning by Master student Jaoquin Marcano of the very tenets of western democracy. And the five fallacies of our ranking systems, as pinpointed by HEC Associate Professor Afshin Mehrpouya. 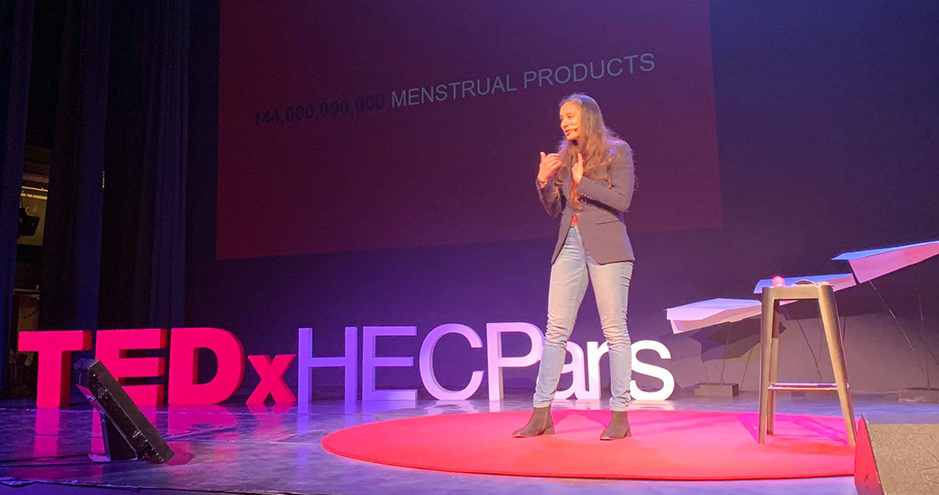 Meanwhile, students Ludivine Berouard and Alessandra Mantovani from the MSC Sustainability and Social Innovation (SASI) suggested using black fly larvae to clean and feed our metropolises. Economist Dany Isse asked the audience if they had ever asked a donkey to solve their business issues. And there was a poetic plea for us all to overcome taboos and discuss menstruation and sustainable solutions for the waste it causes.

This last subject was delivered with verve, humor and tact by Sephra Abraham of the HEC SASI Master. “Menstruation is as natural as breathing, it’s something to be in awe of,” the former economics graduate from Mumbai said to an audience caught between laughter and surprise. “We have to make it hip again and teach girls that it’s not a ‘blood cancer’ like some say in India. That’s why I joined the Red is the New Green movement to promote Sustainable Menstruation.”

Abraham’s seven minute presentation turned out to be the most popular talk of the evening, according to a post-event poll. Amongst the respondents, it outstripped runner-up Afshin Mehrpouya 34% to 10%. Nina Sesto’s presentation on the changing role of patients in modern medicine came in third.

When architect Richard Saul Wurman first conceived TED 35 years ago, it was because the American saw technology, entertainment and design converging in our world. Since that year of 1984, the wide roster of speakers has expanded the range of topics and popularized what are often difficult notions to grasp.

At the 2019 HEC TEDx event, the speakers revealed similar strands of wisdom, personal engagement and storytelling which bodes well for a fourth edition at the Jouy campus. Their talks are to join the TEDx archives which have surpassed 100,000 talks in the past decade.

For this latest HEC venture, the organizers were supported by sponsors ranging from Ficofi Grand Crus, to Storymakers – We Work and VM Vita Markets Ltd.